Q&A with Linda I. Meyers 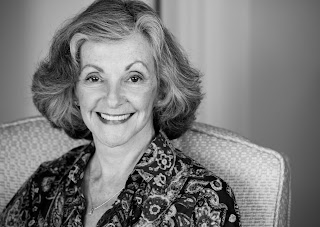 Linda I. Meyers is the author of the new memoir The Tell. She is a psychologist and psychoanalyst in New York City and Princeton, N.J.

Q: Why did you decide to write this memoir, and how did you choose the particular memories you included?

A: I wrote this memoir for my grandchildren believing that by providing them with an historical perspective they would be better able to understand their own lives. With that in mind, like markers on a hiking trail, I sought memories that would that would help guide them from the past to the present.

A: A "tell" is an unconscious reveal given under psychological stress. The poker player who recognizes an opponent’s tell, perhaps the twitch of the eye or the soft intake of breath, is best situated to win the game.

A tell is also an archeological mound containing the accumulated remains of human occupation and abandonment over the centuries. And a tell tale or tattletale is a child who reports others’ wrongdoings or reveals their secrets. This memoir is a tell in all of its meanings. 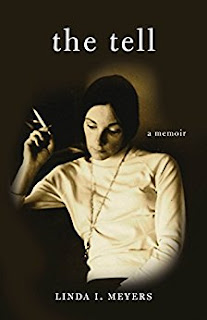 Q: You describe some difficult experiences, many involving your relatives. What do your family members think of the book?

A: I’m about to find out. The book launches on June 5. I’ll have to get back to you with the answer.

Q: What do you think the book says about the role of women in the mid-20th century?

A: The late ‘60s and the early ‘70s was an exhilarating time for women. Betty Friedan. Bella Abzug. Gloria Steinem. The march for Roe v. Wade and the Equal Rights Amendment, infused women with a sense of their own power and brought them alive to possibility. We felt like we were forging the future for our daughters.

I think the book illustrates how the Women’s Movement helped moved women out the kitchen and into the world.

A: I am about to begin another memoir that is rooted in my professional life as a psychologist and psychoanalyst.

A: I hope The Tell illustrates how coming of age takes a lifetime and that it is never too late to make the changes that imbue life with passion and purpose.