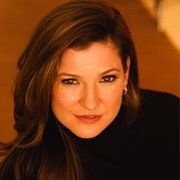 Erin Duffy is the author of the new novel Regrets Only. Her other books include the novels Bond Girl and Lost Along the Way.

Q: How did you come up with the idea for Regrets Only and for your character Claire?

A: I was getting ready to make my own transition from the city to the suburbs, and I wasn’t all that thrilled with the idea of giving up the city life and the independence that it afforded me, and moving out to the burbs.

After one particularly bad panic attack, my husband reminded me that moving wasn’t that big of a deal, and that if I really hated it, we’d move back.

It made me feel so much better to think of it that way, and then I had a horrifying thought: what if I wanted to move back, and couldn’t for some reason? How crazy would I go living somewhere I hated because it was the right thing to do for my kids? 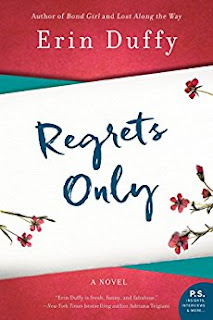 And poof! Just like that, the idea for this book was born. Claire is basically a woman on the brink of a meltdown because she feels like she lost her entire identity. I can understand her in a lot of ways.

Q: You write, "I didn't sleep very much while I wrote this book." How did Claire's concerns mirror your own in some ways?

A: Oh, we both were under a lot of stress! Here’s the thing, being a mom is hard. There’s no scenario where it’s easy, and trying to take care of my own kids (one-year-old twins and an infant when I started this book), and write Regrets Only was so difficult it’s hard to even put it into words.

I was trying to adjust to life in a new house, in a new town, without any of the comforts of my city life to keep me steady, and there were days where I thought I was going to break and just lose my mind. I think that’s something a lot of women can relate to. 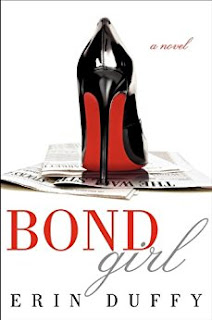 It’s a vicious cycle, and you’re hard pressed to find a woman who hasn’t felt that way at some point in her life. The pressure to do everything these days is so intense. Personally, I think we need to ease up on ourselves a little bit!

A: It’s funny, I don’t really ever know how my novels will end when I start writing them. It’s something that I figure out as I go.

I knew that I wanted Claire to come to terms with her new life, but I didn’t want to tie everything up nicely in a pretty bow like a half-hour sitcom, and make it seem like all her problems were solved. That’s not real life.

In some ways, Claire wrote her own ending as we went along. There’s a chapter toward the end where something unexpected happens to her, and I love it.

I actually went back and added it after I had already finished the first draft of the book because I thought she needed another hurdle thrown at her so we could see how her coping mechanisms had improved. 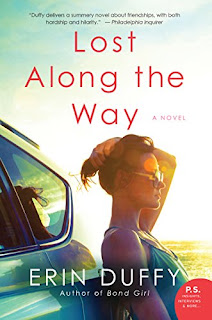 She’s still a mess, but maybe a lit bit less of one. Isn’t that the goal for everyone? It certainly is for me!

A: I love Jennifer Weiner and how she’s able to write about difficult subject matters with so much humor and spunk. I love Sarah Pekkanen, and Marisa de los Santos, who I had the pleasure of meeting years ago right after I wrote my first book, Bond Girl, and who is so lovely.

And then there’s Adriana Trigiani, whose career is just amazing. There are so many amazing women writers with so much talent producing incredible work. They set the bar high which is really a great thing because it forces me to constantly try and up my own game.

A: I’m currently working on another novel about three women who find their lives entwined in a surprising way. Family secrets kind of govern the main character’s life without her even knowing. It’s called With Friends Like These. So far I like it a lot!

A: In case anyone is wondering, I actually like suburbia now! Provided I can still hop on a train and get into New York City every once in a while to reconnect with the old Erin, which I always find time to do.

And I don’t feel guilty about it one bit!