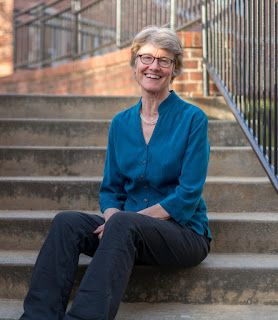 Elizabeth Partridge is the author of Boots on the Ground: America's War in Vietnam, a new book for teens. Her other books include This Land Was Made for You and  Me and Marching for Freedom. She lives in the San Francisco Bay area.

Q: Why did you decide to write Boots on the Ground?

A: We saw a lot of coverage of the war on television and in magazines and newspapers when I was in high school and college. I was in the San Francisco Bay area where there were a lot of protests, and I often joined them.

I just could not see why our country needed to be in Vietnam, and I wanted us to get out. In the news coverage, I could see that not only were American troops being injured and killed, but Vietnamese military and civilians were as well. It all seemed senseless to me.

After the war, Vietnam veterans and protestors didn't mix. Most veterans rarely spoke about their service, just kept their heads down and tried to get on with their lives.

We had not yet learned as a country to separate the war from the warriors. Many veterans were traumatized, and there was little or no help for them from the Veterans Administration. PTSD  (Post Traumatic Stress Disorder) had not yet been invented as term to describe the complex mental health issues that some veterans face. 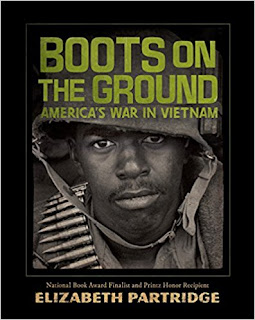 Several years ago I went to visit the Vietnam Veterans Memorial. It was late afternoon on a cold autumn day, and I was nearly alone at the Wall. I reached out to touch the letters of the names written on the memorial, and my eyes filled with tears.

I thought, why am I crying? I don't know anyone listed on this memorial. That got me thinking about the war, and I realized how little I knew. I needed to understand what the war had been like for the people who served there.

By interviewing seven veterans I was able to hear about their experiences first-hand. All of them had friends or buddies who died in Vietnam and whose names are on the Wall. I added the place on the memorial where their names were located. I also interviewed a refugee and included a chapter on her harrowing story, because there is never a war without refugees.

Q: The book includes chapters on a variety of people, including presidents and Vietnam veterans. How did you decide which figures to include?

A: I structured the book around the veterans, the years they were in Vietnam, and the experiences they had. Then I interspersed their chapters with chapters on what was happening back home -- the presidents, policies, and protestors. 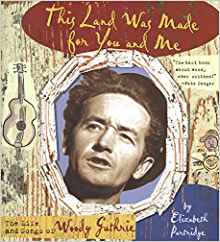 Deciding who to include was partially intentional, and partially intuitive, as I followed one lead to another. This is actually my favorite way to write a good nonfiction book -- the research process will turn up things I have never heard of, which will send me in a new direction.

A: I would like teenagers who read Boots on the Ground to see that war is hell. There is just no way around it. Some young men see war as a great adventure, but it is also suffering, death, and unbelievable destruction.

I am not against anyone who chooses to join the military -- there are many reasons people do -- but I would like young men and women to have a realistic view of war.

A number of Vietnam veterans have come to my book talks. After decades of remaining silent, many are eager talk about their experiences, and to be heard.

We often don't know if it is even okay to ask veterans about their service. A good way to start a conversation is to ask, "Can I ask you a few questions about your time in Vietnam?" 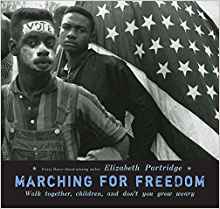 Young people often know one of their grandparents or other family member served in the military, but not if they were in Vietnam. It's okay to ask! It might be just the perfect way to start a conversation.

A: I'm doing a picture book on Frederick Law Olmsted, who built so many terrific public parks in cities across America. This book is a pleasure to write, and gives me a breather from some of the more difficult subjects I like to tackle.

A: I think what most surprised me about writing this book is how courageous I found the veterans to be. Many of them didn't want to go to Vietnam, but they did. Some because they were patriots, and if they were asked to serve, they went. Others went because we had a draft, and they faced compulsive military service.

But once in the military, they were incredibly courageous. Not only in caring for and defending their brothers in the military, but in how they coped with the many obstacles and difficulties they faced.

And once home, they had to work hard to pull their lives together. And it wasn't something they did and moved on. It has been a lifetime issue for many of them. I have profound respect for all of them.

--Interview with Deborah Kalb. This Q&A also appears on www.hauntinglegacy.com.
Posted by Deborah Kalb at 6:26 AM