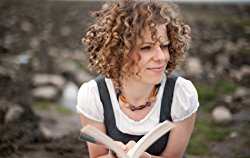 Helen Scales is the author of the new book Eye of the Shoal: A Fishwatcher's Guide to Life, the Ocean and Everything. Her other books include Spirals in Time and Poseidon's Steed. She teaches marine biology and science writing at Cambridge University, and she's based in Cambridge, England.

Q: You write, “Now is the perfect time to rethink fish and get to know them better.” Why is this the case?

A: There’s a couple of reasons.

Firstly, we’re learning more about the incredible lives of fish than ever before. Scientists have a huge range of tools at their fingertips, they can track fish through the world’s waterways using miniaturised satellite tags, they can inspect their ear bones and read chemical traces that reveal where a fish has swum throughout its life, what it ate and much more besides, and then there are all the technologies now available for studying further beneath the waves than ever before, right down into the deepest abyss.

So many incredible discoveries are being made, from sharks that live for 500 years to pufferfish that make intricate sculpted nests on the seabed.

The second reason why I think it matters that we get to know fish better, is the fact that their populations around the world face greater problems from human activities than ever before. Many species are being depleted, their habitats are being destroyed and polluted. So now is a crucial time to appreciate the plight of fish and to find ways of protecting and looking after them. 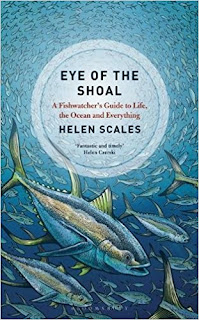 A: I was lucky enough to have a chance to go on a long journey around the world, while I was researching and beginning to write Eye of the Shoal. And everywhere I went, I spent as much time as I could beneath the waves, watching fish.

So I scuba dived, snorkelled and free-dived as much as possible, including in New Zealand, Australia and Palau (which was my absolutely favourite — the coral reefs surrounding this cluster of little islands in the Pacific, are breathtaking!).

One of the most surprising experiences I had was a “fluo” night dive in Fiji (as featured in chapter 4), when I took a waterproof dive torch with me that emits deep blue light, so for the first time I could see the fluorescent glowing colours of the coral reef, including many of the fish that have this “secret graffiti.”

It was an extraordinary experience and showed me that there’s so much I’ve been missing because I wasn’t looking at the reef in the right way.

Q: In the book, you write, “Historically, the idea of what is and what is not a fish has been considerably shaky.” What do you think is the best definition of a fish?

A: Nowadays we can confidently say there are no mermaids or “fish bishops” (men with giant fish on their heads!). That leaves us with a general definition of fish as being vertebrates (animals with backbones), that live in water; usually they breathe water through gills and their limbs take the form of fins. 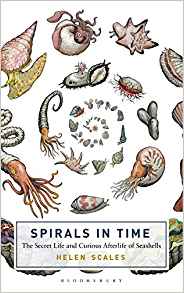 And we also need to be clear that animals like jellyfish and starfish are not in fact fish at all, but quite distantly related spineless invertebrates.

Q: The book also includes stories, interspersed between the chapters, from various cultures about fish. How did you collect these tales, and why did you decide to structure the book this way?

A: I’m fascinated by the way stories reflect people’s attitudes and relationships with nature and other animals, and I was interested to find out what sort of traditional stories and myths people tell about fish.

So, I started hunting around, mostly through books of animals myths. I also asked my friends who are familiar with particular cultures. The story from ancient Egypt, for example, came from a good friend of mine who’s a brilliant Egyptologist.

I came across many famous stories that include fish as a central character; these ones are often associated with people catching fish to eat. But I was especially drawn to the lesser-known stories that demonstrate other ideas people have about fish, not just as food, such as the earliest written version of the Cinderella story which didn’t feature a fairy godmother but a goldfish! 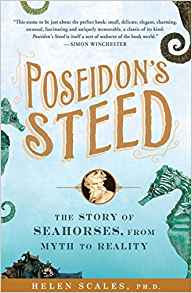 Eventually I found enough stories to include one between each of my main chapters in the book and illustrate the various ways people have thought about fish and the different sorts of characters they’ve been given, from dangerous creatures, to faithful companions and magical, lucky beasts.

A: I’m currently working on my first children’s book. It will be a nonfiction book about a particular place in the oceans that’s incredibly important but sadly isn’t in great shape at the moment. I won’t give away where exactly, but I can say that the illustrations are going to be beautiful! (It will be published in 2018).

I’m also working on a small book about octopuses. It will be part of the Ladybird Expert series, based on the famous children’s books that are well-loved here in Britain (I remember reading lots of Ladybird books as a kid).

This new series is aimed at adults, offering a concise primer on a whole range of fascinating topics, including science, history and all sorts. We’re working on the octopus artwork at the moment, and I’m really excited to see how it turns out. That one comes out this October.

A: The stunning illustrations in Eye of the Shoal are the work of brilliant artist Aaron John Gregory, who also did the artwork for my previous book Spirals in Time.

It’s been a huge pleasure to work again with AJ, who’s a fish nerd just like me! We had a lot of fun developing ideas for the cover art, and for the full-page illustrations that open each chapter (which was AJ’s idea), and the little drawings that accompany each of my fish stories.

He has an amazing way of taking my ideas and lists of species and conjuring these beautiful images. He has such an eye for detail, shape and composition, and knows exactly how to bring the fish alive and lead your eye through the pictures.

Check out his work (including Eye of the Shoal illustrations available as T-shirts!).