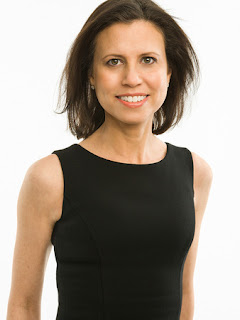 Joanne Lipman is the author of the new book That's What She Said: What Men Need to Know (and Women Need To Tell Them) About Working Together. She also is the co-author of the book Strings Attached. She has been chief content editor of Gannett and editor-in-chief of USA Today, deputy managing editor of The Wall Street Journal, and founding editor-in-chief of Conde Nast Portfolio.

Q: You begin your book with an introduction titled “Men Are Not the Enemy.” Why did you feel you needed to start there, and what do you hope to get across in your introduction?

A: It sets the table for the book. The idea for the book is that there’s been quite a bit of literature for women, conferences for women, books for women, primarily by women for women. We’re preaching to the converted.

It’s a great conversation, but it’s only half the conversation…We need men to join us. We need a book directed toward men. We’re inviting you into the conversation. Otherwise, we’re never going to solve the problem.

This is not a man-bashing book. A lot of men feel that books for women are anti-men. We’re all in this together.

Q: So who do you see as the audience for this book, and what’s been the response to it so far?

A: The sales have been good. I would say the majority of readers and buyers are female, but a significant portion are male. It’s encouraging. Because of the #MeToo movement, men are realizing this is an issue we need to deal with.

The Milken Institute Global Conference had me speak about the book. The Metropolitan Club in Washington, with 92 percent male membership. Banks, law firms. I feel that increasing understanding of this is an issue for all of us. 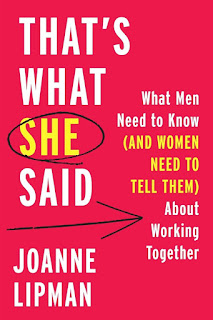 Q: How did you research this book, and what did you learn that particularly fascinated you?

A: The genesis of the book was an article I wrote three years ago for The Wall Street Journal, called "Women At Work: A Guide for Men."

I wanted great storytelling, and anecdotal examples—[and something that] comes away with a solution. There are cheat sheets in the back of the book. I’ve adopted these steps myself.

Q: How did your own experience at work influence your conclusions?

A: There were a lot of things I came across in my academic research about women in the workplace, the belief system, [where I’d] say, This describes me! I always thought that was just me! 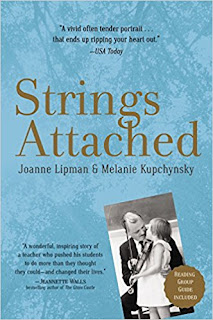 One of the other things that was fascinating—I knew about unconscious bias, but I didn’t know how early it starts. It’s woven into the fabric of society. Once you’re aware of it, you can’t unsee it. It starts in infancy. Mothers overestimate the crawling ability of their sons and underestimate for their daughters. It makes you reevaluate.

Q: Given the current political situation and the rise of the #MeToo movement, what do you see looking ahead when it comes to workplace dynamics between men and women?

A: We are at an inflection point with relations between the genders, because of the #MeToo movement. There are two ways it could go. The positive [comes from making] issues discussable. Gender discrimination, whether overt or subtle, [is something] we need to address, and realize it’s harming all of us.

The negative would be if there’s a backlash, a man saying he doesn’t want to hire a woman. I haven’t seen this in practice, but you hear it talked about, you hear about men saying they’re unfairly targeted, and are afraid any woman working for [him] who’s unhappy will try to claim discrimination or harassment.

Men who are saying they don’t want to hire women—it’s an excuse. We have to get over that. I’ve heard people wary of it rather than seen that in action.

A: Now I’m on a pretty much full-time book tour. I’m on the road constantly. I’m back from Portugal and I’m going to London. I’m doing a lot of corporate speaking. I have op-eds in the works.

As I speak to audiences, I’m hearing a lot of ideas that are eye-opening for me. I’m going to be updating [the book] for the paperback.

A: It’s a best-seller—that was exciting!

--Interview with Deborah Kalb. Here's a previous Q&A with Joanne Lipman.
Posted by Deborah Kalb at 7:00 AM