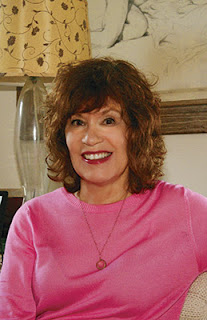 Sally Koslow is the author of the new novel Another Side of Paradise, which focuses on the lives of F. Scott Fitzgerald and gossip columnist Sheilah Graham. Koslow's other books include The Widow Waltz and The Late, Lamented Molly Marx. She was editor in chief of McCall's magazine, and her work has appeared in a variety of publications, including The New York Times and O. She lives in New York City.

Q: Why did you decide to focus your new novel on Sheilah Graham and F. Scott Fitzgerald?

A: I was like every other female English major—I believed F. Scott Fitzgerald’s lush novels were written expressly for me, and I read all his work and several books about Zelda Fitzgerald.

Nonetheless, when I ran across references to Sheilah Graham in A. Scott Berg’s biography, Max Perkins: Editor of Genius, she was new to me.

I was intrigued, dug deeper and discovered that she was a fascinating woman who’d re-invented herself from a London slum kid to a Hollywood gossip columnist. I decided that Sheilah would make a fascinating subject for a biographical novel, which I’d always wanted to write. 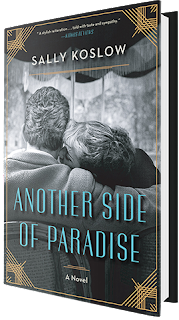 Q: How much did you know about her early life and about their relationship before you started the book, and how did you conduct your research?

A: I knew next to nothing about Sheilah Graham when I started researching. As I read more, I found it ironic that her livelihood was exposing the secrets of celebrities—she was a powerful columnist, along with Hedda Hopper and Louella Parsons—when she worked hard to bury her own past.

Sheilah was born “Lily Shiel” to impoverished, pogrom-fleeing refugees from the Ukraine who had settled in London. When her widowed mother couldn’t afford to care for her, Lily spent 10 years in a Dickensian Jewish orphanage.

At 16, she cut ties with her gritty past, and re-invented herself, not unlike Fitzgerald’s Jay Gatsby. She wrote many memoirs, always connected to F. Scott Fitzgerald, and gave numerous interviews, which all helped in my research.

As a fiction writer, it was a gift that Sheilah Graham didn’t always tell her story in the same way—she was a moving target. This allowed me to choose the version of her story that I thought best developed the narrative. 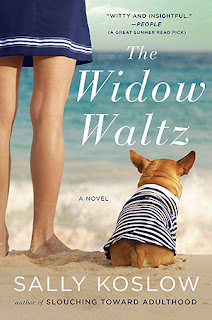 Q: What did you see as the right balance between the historical and the fictional as you wrote this novel?

A: Even the most fascinating people do not live their life in a plot that will sustain the interest of readers, and of course dialogue, in a work like Another Side of Paradise, comes from the author’s imagination. A fiction writer also needs to add, subtract and slightly modify timelines.

Every choice I made, however, was informed by research. I stuck closely to written records and facts, but added speculative scenes that I felt helped to relay Sheilah and Scott’s story.

The novel is told from Sheilah’s point of view and my goal was always to illustrate her emotions and thoughts. Still, as the cover says, this is a novel. I wouldn’t want anyone to mistake my book for a biography. 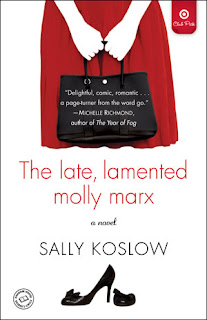 A: This Side of Paradise was F. Scott Fitzgerald’s debut novel, published in 1920. Its success—which was enormous—allowed for the Fitzgeralds to marry and soon, become the “It” couple of their generation.

Scott and Sheilah met 15 years later, when, sadly, Zelda had already been long hospitalized for mental illness. Scott’s reputation was in tatters and he was deeply in debt. He never stopped loving Zelda, but when he met Sheilah, the feelings he developed for her were authentic. Hence, the novel’s title, Another Side of Paradise.

A: I’m at the early stages of another book inspired by a remarkable woman. This one will take even more research. Fingers crossed.

A: Scott died young, at 44. Was Sheilah able to find love again? Never, though she married three times after his death. Each marriage was short-lived. I think it’s fair to say F. Scott Fitzgerald was the love of Sheilah Graham’s life.

--Interview with Deborah Kalb. Here's a previous Q&A with Sally Koslow.
Posted by Deborah Kalb at 7:04 AM