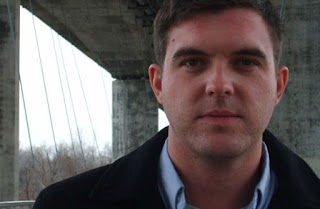 Kevin Powers is the author of the new novel A Shout in the Ruins, which focuses on a Southern plantation and the people affected by it, from the Civil War period to the 1980s. He also has written the novel The Yellow Birds and the poetry collection Letters Composed During a Lull in the Fighting. Powers served with the U.S. Army in Iraq in 2004-2005. He lives in Austin.

Q: You note that your new novel is based in part on actual events that took place in Richmond in the 19th century. What did you see as the right blend between the fictional and the historical as you wrote the novel?

A: I wanted to tell a story that would allow this period to feel lived in for a reader. I love history, but much of it seems to exist on a macro level, the movement of forces and systems at work and so forth.

So while it was important to me to represent historically accurate details that reflected the character of the times, I wanted to focus more on the micro level of what it might have been like to live in those times. 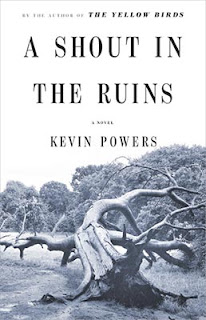 Although there are examples of diaries and first person records that I turned to in my research, invention allowed me to explore multiple points of view and the kinds of dynamics that would exist within the constraints of the times among individual actors.

Q: The book takes place over more than a century, with different chapters told from the perspectives of various characters. Did you write the novel in the order in which it appears, or did you focus on one character's story at a time?

A: My hope in structuring it the way that I did was that it might prevent a reader from succumbing to the comforting effects of historical distance.

Instead of allowing the reader to think, even subconsciously, “that was so long ago,” I hoped that by interweaving the storylines I could highlight the proximity of all the connections the characters have with each other, so that instead of thinking how far into the past some of the storylines are, they would think instead of how close they are to each other. I approached the writing of it with that in mind. 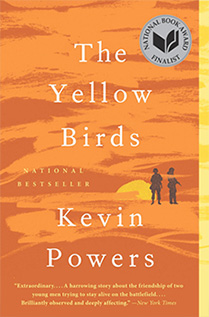 I will say that my priority when working is to follow whatever thread seems most compelling in the moment, so I deviated quite frequently from the order I’d set out.

A: I read a ton about the region and the periods I was writing about and tried to visit these places in person wherever possible. I spent a significant period of my life in and around most of these areas, so some of that was to make sure my descriptions weren’t being overburdened with memory.

And while I felt like I had a pretty good read on the culture in the upper south, both historical and in the present, I am in a way happy to report that I found and still find the quotidian nature of this systematic violence and oppression utterly shocking and horrifying.

The banality of evil has never felt more apt than after reading the perspectives of those who perpetrated the aforementioned violence. 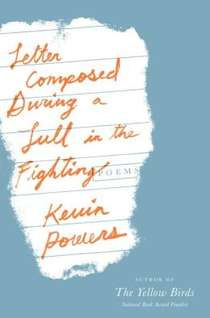 A: The title comes from two places that I felt had interesting correspondences. First, one of my favorite poems is called "Poem to Shout in the Ruins," by Louis Aragon, and second, from Isaiah 52. I might be the only person on earth who sees a connection between these two pieces of writing, but there seems to be some shared characteristics in them both.

A: Right now I’m reading and thinking about what I might do next, though I’d almost certainly be wrong if I told you what I thought that would be.