L.M. Elliott is the author of the new young adult historical novel Hamilton and Peggy!, which looks at the life of Alexander Hamilton's sister-in-law, Peggy Schuyler. Elliott's other books include Under a War-Torn Sky and Suspect Red. She lives in Virginia.

Q: Why did you decide to focus on Peggy Schuyler, the sister-in-law of Alexander Hamilton, in your new book?

A: My editor, Katherine Tegen— who is so gifted at spotting groundswells in cultural trends and interest—suggested I do something about Hamilton, given the national fascination with Lin-Manuel Miranda’s Pulitzer Prize winning musical.

I didn’t want to touch Hamilton himself, as he’s become sacrosanct legend now. I also didn’t want to rehash the Alex-Eliza romance so beautifully depicted in Miranda’s work and already explored in a half-dozen novels. So, I looked for minor characters, those Rosencrantz and Guildenstern style witnesses to a much beloved and known narrative.

It actually was easy to choose—what about “AND Peggy,” I thought, the littlest sister who makes a tantalizing brief appearance in the Schuyler Sisters Song (by my count given only 36 solo words) and then is gone. The actress playing her doubles as Hamilton’s lover Maria Reynolds in the musical’s second half.

Of course, I had to find out if “AND Peggy” warranted a whole novel. My first quick-hit bit of research revealed family lore that Peggy dashed into the fray of an attempted kidnapping of her father by a band of 20 Loyalists and British soldiers.

Peggy runs back into the fighting to scoop up her baby sister, left behind in a cradle downstairs when everyone else, including her pregnant sisters and Angelica’s toddlers, had raced upstairs to safety.

With that, I knew I had a pretty darn bodacious protagonist. Now the only problem was: I had 10 months, no more, to research and write her story in order to catch the Hamilton wave.

It wasn’t going to be easy, frankly. Peggy left behind next-to-no letters of her own. But OTHER people talked about her. A lot.

Her peers called Peggy: “A wicked wit.” “Endowed with a superior mind and a rare accuracy of judgment of men and things.” “Lively,” “Charming,” “generous.” “The favourite of dinner-tables and balls.” Ben Franklin, the king of one-liners, even called her “wild Peggy.”

Then I unearthed something that REALLY made me want to write about her. One of Hamilton’s closest friends, James McHenry (of Baltimore’s Fort McHenry fame), criticized Peggy as being “A Swift’s Vanessa.” Thank God I was an English major! Vanessa appears in an obscure Jonathan Swift poem.

Calling Peggy that was 18th century code for a whip-smart woman who was too insistent on talking politics and philosophy with men to be entirely likeable. “Tell Peggy so,” writes McHenry to Hamilton. “I am sure her good sense will soon place her in her proper station.”

Ha! Peggy clearly persisted. Now I REALLY wanted to write about her. 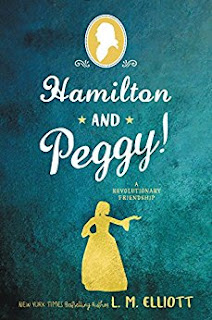 Other things that made me want to know more: Peggy was clearly as much of a revolutionary in her thoughts and conversation as the more famous Angelica, and as much the intellectual, fluent in French and teaching herself German by reading their father’s engineering books.

She was a mere 13 months younger than Eliza, who was 18 months younger than Angelica. Their back-to-back births clearly made the three girls playfellows and a tight-knit trio. What was it like to be the younger sister of the famed “thief of hearts” Angelica and the “little saint of the Revolution” Eliza?

The novel became a really interesting mixture of a civilians-caught-in-war action novel, for which I am mostly known, with a Jane Austen-style parlor drama of a devoted sisterhood banding together against the rogues of the world.

Often Peggy was left behind in Albany when the two older sisters went off for romantic adventure. She was the primary caretaker of the family. Her younger siblings were constantly left in her care.

And contrary to what Miranda could include in Hamilton—(there are only so many subplots and minor characters who can be crammed into a two-hour musical)—Peggy, Angelica, and Eliza had MANY younger siblings, including three brothers.

Her mother Catharine survived 12 pregnancies, (including 1 set of twins and another of triplets), and raised eight children to adulthood. From age 21 to 47, Catharine was either pregnant or caring for newborns. Peggy seems to have been her main help.

Of the three now beloved Schuyler Sisters, Peggy was the ONLY ONE in the right place at the right time to witness and potentially aid her father’s work as: war strategist and commanding general of the Northern Army; as George Washington's most effective spy-master; and as negotiator with the Six Nations of the Iroquois.

(Two of the six tribes allied with the patriots, largely because of Schuyler and his life-long relationship with them.) 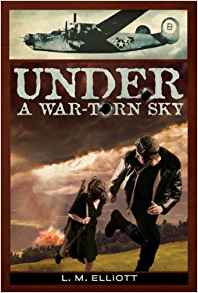 Schuyler is such an under-recognized founding father. It’s fair to say that New York and thereby the Revolution—might have been lost without his knowledge of New York’s dense wilderness forests, his lifelong association with the Iroquois tribes and French Canadians, his facility with many languages, his capacity for diplomacy, his cunning in espionage, his willingness to empty his own pockets to feed and clothe troops, and his stubborn loyalty to the cause no matter the attacks on his reputation by political enemies.

It was Schuyler’s spies who discovered the Brits’ brilliant three-prong invasion plans, Schuyler who knew how to clog forest paths to slow their march, Schuyler who rushed to rally enough militia and begged enough canon and ammunition to ready the patriots for the Battle of Saratoga.

And it was the Battle of Saratoga that finally convinced the French to join our cause and send troops.

In so many ways, Schuyler was Washington’s right-hand man, really. And his library—that saw couriers coming and going constantly, the arrival of spies with intelligence that was literally life-or-death, and the creation of false counter-intelligence documents to confuse the British and get them off GW’s trail—was “the room where it happened”… in New York anyway.
Peggy was witness to all of that.

I also knew—thanks to Hamilton dropping bits of gossip about Peggy in his love-letters to Eliza--that she had a romance with a French marquis, who turned out to be one of only eight people recognized with a Congressional Medal of Honor during the American Revolution.

The Marquis de Fleury was fascinating too! He and Peggy would have met in Newport, R.I., when Rochambeau’s army finally arrived to shore up our decimated Continental troops—their encampment and meeting with Iroquois delegates and Lafayette, another little-portrayed aspect of the war.

Peggy was factually there, visiting Angelica and her husband, John Carter, the commissary for the French Army.

SO…for all those reasons, Peggy was a delightful focus and enlightening prism.

Q: What accounts for the ongoing fascination with Hamilton (including the musical), and what did you learn about him in your research that particularly surprised you?

A: Alexander Hamilton embodies the promise of America’s meritocracy—an immigrant, illegitimate and poor, who truly came from nothing, but through his own intellect, quick daring, and stubborn, never-ending hard work, rises to greatness. 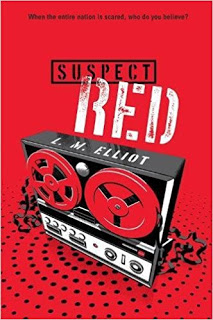 His narrative also has such a Shakespearean tragic arc. Just as Miranda depicts in the song “Hurricane,” Hamilton writes his way up, writes his own deliverance, and then destroys himself—through the very self-pride that gave him the strength and determination to succeed. He grows blind to the consequences of his self-righteous arrogance on himself and those he loves.

Miranda captures all that brilliantly in his musical, besides miraculously tucking in so much history in a palpable, enthralling story. He completely humanizes the $10-dollar founding father and by doing so tells us that each person could have greatness inside.

Perhaps even more hauntingly, Miranda also tells the story of Eliza, how she survives loving this mercurial man and then goes on to do so much good work of her own after his death. How could we not be captivated?

What most surprised me about Alexander Hamilton? Hmmm, Miranda’s portrayal is so rich and comprehensive that most of my research simply corroborated the personality shown on stage.

BUT Hamilton’s relationship with Peggy did surprise me. I think she may have been the only woman with whom he had a simple and true friendship, free of double-entendre flirtation. Lots of affectionate teasing, yes, but very much that of a big brother with a vivacious little sister.

Their affinity is apparent in the very first letter Hamilton sent Peggy in February 1780. He had just met Eliza and asks Peggy to be his confidante in his courtship of her.

He begs Peggy to come to Morristown, where the army is encamped for the winter and Eliza is visiting her uncle, as a “nymph of equal sway” to basically distract his fellow aides-de-camp so he can monopolize Eliza!

Peggy seems to have ridden off in the worst snowstorm and winter ever recorded in American history to do so. Like I said, bodacious!

Hamilton immediately dubs her “My Peggy.” In intellect, wit, a sense of audacious fun, their best traits really are quite similar. He was actually by Peggy’s bedside when she died way too young at age 43, suffering gout like her father and perhaps stomach cancer.

Hamilton’s letters are beautiful—full of poetry, angsty idealism, braggadocio, but also so much longing and vulnerability. They will take your breath away.

Q: What did you see as the right balance between the historical figures and your own shaping of their story?

A: Perhaps because I was a journalist for 20 years, I report my biographical and historical novels. Fact tells me what I can or cannot write and historic events completely dictate my plot and character development.

I draw dialogue as much as I can directly from these people’s own letters or writing. I definitely create their personas according to what their peers said of them, what biographers have presented.

With Peggy, when I dramatized the choices she had to make, I was able to double-check my interpretation of bare-boned facts with experts and historians I interviewed during my research.

For example, given the fact Peggy was a highly-intelligent, well-read “wicked wit” who insisted on talking politics AND that she was in Albany when her father was running his spy ring of double-agents, it’s entirely plausible, even likely, that Peggy would interact with them. Maybe even play secretary for her father occasionally.

Clearly the real life Peggy Schuyler had feminist sensibilities, which I happily showcased, but it would have been totally inappropriate and false to stretch her into a Katniss or Tris.

Q: What does Peggy’s life say about the role of women in the Revolutionary period?

A: Peggy is such an icon of what smart, committed female patriots could do: be informed, speak up, and influence the men around them who had the power to enact. And so many women, like Peggy, had to step up as she did to keep her family safe during an attack—quick-thinking and emboldened by love for her family.

A: Something really out of character! A contemporary story mixing whimsy and troubling current events with a clash of old and new cultures within Virginia plus a good dog story. I hope it makes readers laugh and think.

--Interview with Deborah Kalb. Here's a previous Q&A with L.M. Elliott.
Posted by Deborah Kalb at 6:26 AM