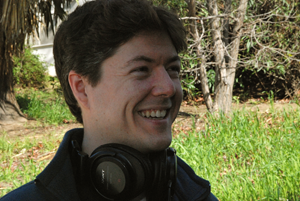 Q: Why did you choose the American Revolution and Ancient Rome for the first two books in your new Thrifty Guide series?

A: I chose to write about the American Revolution and Ancient Rome first because those are hands down the first two places to which I would like to time travel. 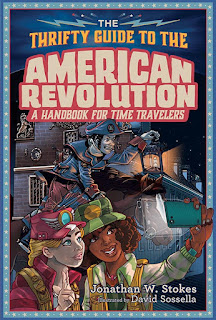 Q: How did you research the books, and what did you learn that especially surprised you?

A: Wherever possible, I rely on primary source material. Luckily, Ancient Rome is filled with good historians. And Penguin Random House employs a phalanx of fact-checkers who are miracle workers.

The most surprising fact I learned in my research was that my favorite Greek poet, Aeschylus, was killed when he was hit on the head by a falling tortoise.

Q: What do you hope kids take away from the books?

A: When I was in middle school, history textbooks were often dry, dusty, and dull. It wasn’t until I reached college that I discovered that history is filled with action and suspense, with extraordinary characters and incredible adventures. My hope is to make history come alive for kids, and to make the reading as exciting as possible. 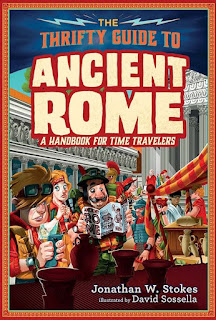 Q: What do you think David Sossella's illustrations add to the books?

A: I like David Sossella’s quirky charm. Each character he draws is dripping with personality and humor.

A: I’m also working away at the third installment in the Addison Cooke series. The upcoming book is called Addison Cooke and the Ring of Destiny. In this book, Addison’s crew will be swept up in a dangerous treasure hunt that takes them across Europe and into the Middle East.

--Interview with Deborah Kalb. Here's a previous Q&A with Jonathan W. Stokes.
Posted by Deborah Kalb at 5:24 AM