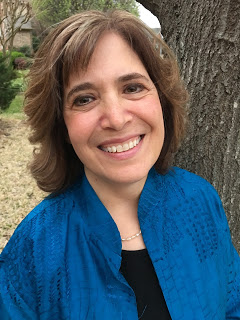 Nancy Churnin is the author of the new children's picture books Charlie Takes His Shot, about the golfer Charlie Sifford, and Irving Berlin: The Immigrant Boy Who Made America Sing. She also has written The William Hoy Story and Manjhi Moves a Mountain, and she is the theater critic for The Dallas Morning News.

Q: Why did you choose Irving Berlin and Charlie Sifford as the subjects of your newest books?

A: I write books about people who inspire me, that I believe will inspire kids and that they might not know about otherwise.

Irving Berlin is by far the most famous person I have written about, but he is not famous to kids. When I was presenting other books, I would ask them if they knew who wrote "God Bless America." They had no idea.

They were fascinated to learn that one of our most famous, patriotic songs was written by an immigrant who came to this country as a penniless five-year-old refugee who didn't speak a word of English. 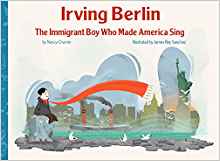 Q: What do you see as Irving Berlin's legacy today, and also the legacy of "God Bless America"?

The other parts are made up of his perseverance, his charity and the way his story reminds us of the innumerable gifts immigrants have brought America.

Like many immigrants, he took the beauty of his own traditions, in particular the melodies he learned from his father, mixed them with the sounds and words he heard on American streets and came up with new songs and words that went straight to people's hearts.

As Alexander Pope described poetry, he wrote "what oft was thought, but ne'er so well express'd." And like many immigrants, he gave back. "God Bless America" was his thank you, his gift to the country that gave him his "home sweet home."

It's also a reminder that "making good" is not about how much money you can pile up for yourself. He gave every penny that song earned in royalties to the Girl and Boy Scouts of America, leaving a legacy of charity that should stir us all to help others. 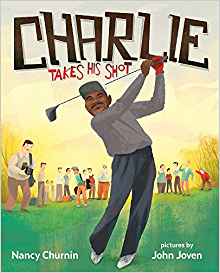 Q: What impact do you see Charlie Sifford having on golf, and what's his legacy today?

A: Like Jackie Robinson, Charlie endured years of insults and discrimination with grace and determination in his successful effort to open doors for others.

In an interview with the Associated Press, Tiger Woods said: "It's not an exaggeration to say that without Charlie, and the other pioneers who fought to play, I may not be playing golf...My pop likely wouldn't have picked up the sport, and maybe I wouldn't have either."

Pioneers in any field have to have tremendous conviction and strength. They have to hold fast to their dreams and what they know is right and not be deterred when people jeer or mock them, telling them that things will never change, that things will always be the way they've always been.

I hope that kids who read his story will be inspired to follow their own vision of what is right, even if their victories benefit the next person more than it does themselves. 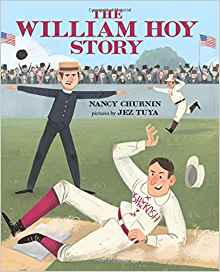 By the time Charlie became the first African American golfer on the PGA Tour, he won a couple of tournaments and that was sweet, but his best years were behind him.

Still, he had no regrets as he went on to dominate the senior tours. His goal was to make a difference in making things better for the next generation and that became his legacy.

Q: How would you describe the impact of the illustrations of James Rey Sanchez and John Joven on the books?

A: I have been so lucky to work with these fabulous illustrators!

I love the small touches and big emotions in John Joven's illustrations. The kids think it's so cool that when young Charlie sneaks onto the golf course at night, because African Americans aren't allowed to play there, he sees a moon that looks like a giant golf ball.

They also notice the menacing shadow of the watchman, who almost blends into the night, holding a searching flashlight emanating light that feels like danger. 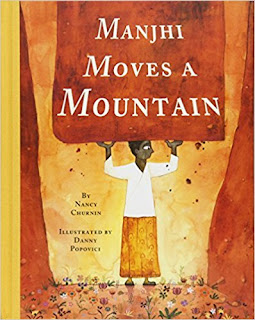 As for James Rey Sanchez's work in Irving Berlin, I am blown away by how artfully he conveys music -- such a hard thing to illustrate! -- with musical notes leaping from Irving's mouth as if he can't keep the music inside.

James Rey Sanchez also brings the Art Deco look of the 1920s and 1930s to exquisite life, while adding a very special touch -- a red scarf that identifies Irving as Irving wherever he goes.

It's like a breath or love of life that grows with him and, in the end, is something we see a child wearing as if the child is following in Irving's footsteps. Glorious!
Q: What are you working on now?

A: My next book, The Queen and the First Christmas Tree, QueenCharlotte's Gift to England comes out Oct. 1.

It's the little-known story of how and why the very kind and caring Queen Charlotte of England, who was more at ease with children and her garden than she was with adults and fancy balls, brought the first Christmas Tree to Windsor Castle. 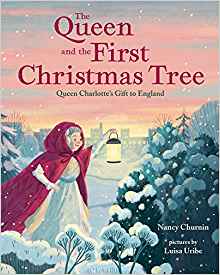 I hope this story will remind kids that there's more to being royal than fancy dresses and jewels. I also hope they'll think it's as cool as I do that we have a new Princess Charlotte in England right now.

Next year, my book Martin & Anne will tell the story of two babies who were born on opposite sides of the ocean, spoke different languages, had different colored skin and religions and answered terrible prejudice with words of love that continue to inspire us today.

Those children are Dr. Martin Luther King, Jr. and Anne Frank, both born in 1929. They would have been 90 next year.

A: Every one of my books comes with a free Teacher Guide and a project that you'll find on my website at nancychurnin.com.

For Charlie Takes His Shot, the project is We Helped Them Take Their Shots. I'm asking kids to share stories and pictures of how they included someone new in their circle or activities or someone included them.

For Irving Berlin, it's Make America Sing. I'd like kids to share their favorite thing about their immigrant experience -- a favorite food, or song, or holiday or expression, anything at all -- or that of a friend so together we can share the diversity that makes America great.

For The Queen, it will be A Kind Holiday. In the spirit of Queen Charlotte, I'd like them to share something kind they did for others for whatever holiday they celebrate.

I have a special page for each project on my website dedicated to showcasing the great things kids do. I hope the kids will inspire each other by what they do and, in that way, help kindness spread.

Thank you so much, Deborah, for this opportunity to share my books with you and your readers!

--Interview with Deborah Kalb. Here's a previous Q&A with Nancy Churnin.
Posted by Deborah Kalb at 6:56 AM