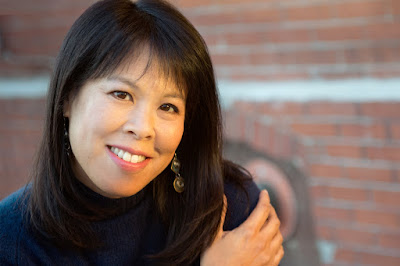 Mira T. Lee is the author of the new novel Everything Here Is Beautiful. Her work has appeared in a variety of publications, including The Missouri Review and The Southern Review, and she lives in Cambridge, Massachusetts.

Q: How did you come up with the idea for Everything Here Is Beautiful, and for your character Lucia?

A: In 2010, I wrote a short story called "How I Came To Love You Like A Brother," which eventually formed the basis of the first chapter of my novel. Lucia was one of the characters, along with her sister, Miranda, and her first husband, Yonah.

I’d always loved these characters, and knew they had richer lives, and during the years when my two kids were very young, I kept thinking about a series of situational and moral predicaments I wanted to put them though.

I’ve always been drawn to questions with moral “gray areas,” where good people find themselves in conflict with one another even though no one’s at fault. Such questions fueled the plot.

I wanted to explore complicated family dynamics, the limits of love, what happens when what you want for yourself isn’t in the best interests of someone you love, and vice versa.

And I wanted to explore Lucia as a character who has a mental illness, but refuses to be defined by it, and the ripple effects of her illness on the people who love her most. 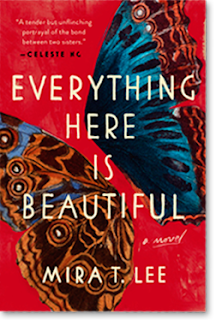 Q: Why did you decide to highlight mental illness as one of the book’s themes?

A: I’ve seen my own family members struggle with mental illness, so it’s a subject matter that’s deeply personal. Schizophrenia, in particular, is a devastating illness, often misunderstood, and the stigma associated with it is so strong that the suffering it inflicts is rarely talked about, and that’s really hard, especially for families, who often find themselves isolated, powerless, and silenced.

In recent years, we’ve seen more narratives about these illnesses, but they are usually memoirs told from one person’s point of view, and most often in the context of white, middle class families.

I wanted to portray a 360-degree view of mental illness, told from several different perspectives, and I wanted the illness to be understood in the context of people’s lives - messy lives that don’t stop, even for an illness.

In this case, the family is a bit unconventional, cobbled-together, with immigrants from diverse ethnic and cultural backgrounds. Nonetheless, it’s a family that is trying its best to love each other.

Q: Another major topic in the novel is immigration. What do you hope readers take away from the book when it comes to immigration, especially given the current focus on that topic today?

A: I started the book many years ago and had no idea that the world would be in the state that it is today. And I didn’t write with any kind of agenda about immigration (or mental illness, for that matter), but I am glad that the book features a diverse range of characters, because such characters have stories that are just as relevant and human and deserving of attention as anyone else’s.

These multicultural worlds are the ones I’ve always known in my own life, and I think it’s valid and important to see this version of America reflected in literature.

A: That line, “everything here is beautiful” was in my original manuscript, but it wasn’t my original title. In fact, we sifted through more than 150 titles before my editor and I agreed on that one!

But once it was settled, I found lots of opportunities to enhance the images and themes of beauty throughout the manuscript, and that amplified the significance of the title.

I like that it’s a bit ironic, but also optimistic. And I do think it captures something of Lucia’s essence, her sense of wonder, her ability to see the world a little differently.

A: I’ve been trying out a few ideas as short stories, which may or may not turn into something bigger. And also trying to write a couple of children’s picture books. We’ll see what happens….

A: There has been a lot of discussion lately about diversity in publishing, and the need for more inclusion of “marginalized voices” - particularly, voices of complex characters of color who are not stereotypes or archetypes, not what one would necessarily “expect.”

I didn’t write with any of those things in mind, but I do think this book is full of less conventional, unexpected characters, definitely not a typical “Asian-American story” and I’ve felt incredibly fortunate to have the support of my agent, editor, and publishing house (Viking).

That being said, if we want more “diverse books” that break the traditional molds of what’s expected of writers of color, then we also need to find ways to support these books, and make it commercially appealing for publishers to invest in more of them. I

I’ve been thinking about this a lot, about how we might do that. So if anyone has any ideas, let me know!