Cynthia Swanson is the author of the new novel The Glass Forest. She also has written the novel The Bookseller. She lives in Denver, Colorado.

Q: How did you come up with the idea for The Glass Forest?

A: It’s an idea that rambled around in my head for a long time. It began years ago, when I considered what it might feel like to find yourself living in the home of a missing person. How could you resist looking everywhere for clues? That was the seed of the story, and the particulars came into fruition over many more years.

Q: You tell the story from three characters’ perspectives. Did you write the book in the order it appears, or did you move things around as you went along?

A: I started writing it as it appears. But partway into my first draft, I realized I needed to fully conceptualize Silja’s story (which takes place in the years 1942-1960) before I could write the present-day (1960) story through Angie’s and Ruby’s eyes. So I wrote all Silja’s chapters and then went back to write the rest of Angie’s and Ruby’s chapters. 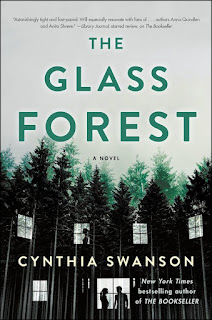 Q: Did you know how it would end before you started writing?

A: I had a general sense, but the specifics had to be worked out. Plot-wise, The Glass Forest is much more complex than my debut novel, The Bookseller. For The Glass Forest I spent a lot of time working on plot to ensure all the pieces fall into place.

A: I love research – I think I love it too much, actually! When writing first drafts, I intentionally do very little research, because I find it slows down my writing. I make numerous guesses and take a lot of notes – and then, once I have a basic draft, I work in subsequent drafts to ensure historical accuracy.

There’s no shortage of material on life in the postwar United States, so it was more a matter of narrowing down my research. I find old newspapers particularly helpful. For example, to learn what it was like outside of Sing Sing prison the night the Rosenbergs were executed, I read newspaper accounts from the day afterward. 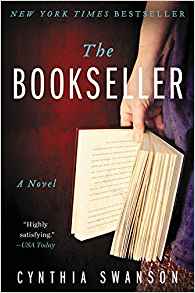 I also did on-site research in Door County, Wisconsin, and in Brooklyn. I grew up in Westchester County (where fictional Stonekill is) but for the other two locales, speaking directly with people who know those areas well was incredibly helpful.

A: My third, in-progress novel is again set in the midcentury time period. It’s a story about a complex family during the early years of international adoption. I just finished a research trip for this book, and I’m eager to dive back into revisions soon!

A: I’ll be traveling in conjunction with the release of The Glass Forest, and I’d love to connect with readers at an upcoming event.

I also love discussing The Glass Forest and The Bookseller with book clubs. If clubs are interested in having me join them via Skype, there’s more information here.

Thanks for having me visit, Deborah!