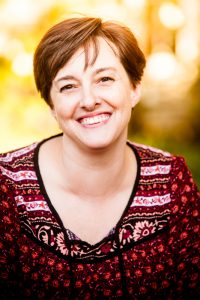 Abbi Waxman is the author of the novel The Garden of Small Beginnings. She has worked in advertising as a copywriter and creative director, and she lives in Los Angeles.

Q: How did you come up with the idea for The Garden of Small Beginnings and for your main character, Lilian?

A: It started one morning when I wanted to kill my husband. He'd probably done something banal yet infuriating, like leaving a wet towel on the bed, and for some reason it pissed me off more than usual.

I was driving the kids to school, mulling over different methods (poison, sure, but where would I get it, blunt force trauma, maybe, but so messy, and I'm not much of a housewife) and started to daydream about what it would actually be like to live without him.

He and I have been together a long time, and our lives are very intertwined and -- this is the worst part -- I like him a lot. He's hilarious. But I had already started thinking about becoming a sudden single parent, and that's where the story began. Lilian was simply a younger, slimmer, sexier, more competent version of me.

Q: Did you plot the novel out before you started writing, or did you make many changes along the way? 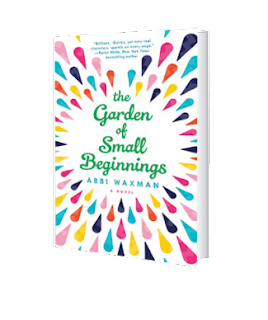 A: Yes, kind of. Sort of. A bit. Mostly. I usually write the first 10-15 thousand words really fast, and then sort of sit back and think, shit, what now. I have maybe half a dozen 15k beginnings sitting on my hard drive.

Then I decide what's going to happen next and write that, and it sort of tootles along until I hit another brick wall. At that point, which is usually around the 30-40k mark, I totally freak out and start planning more carefully, putting things on index cards and sticking them up, etc. etc.

Then I plan out the whole second half, and get going. Inevitably I change it as I go along, and there are usually at least two more freak outs where I go and stand in front of the index cards and bite my nails and wish I hadn't quit smoking, and then somehow I get to the end.

Q: The book is incredibly funny, although it also deals with some serious themes. What did you see as the right balance between the two?

A: My goal is mostly funny, a little bit sad, and a happy ending.

A: Classics: Jane Austen, of course.

Genre: Golden Age mysteries are my favorite books to read, especially when I'm working on something. Patricia Wentworth, Dorothy Sayers, Ngaio Marsh, Agatha Christie. I'm also a huge Nero Wolfe fan, I love the partnership between him and Archie. I can't read contemporary fiction while I'm writing because I'm worried I'll steal something.

A: Number three in the so-called (only by me) Larchmont Trilogy. Other People's Houses, which comes out in April, is the second one. The third one is called Immediate Family Only, and it will come out (assuming I can finish the blasted thing) next April, 2019.

A: Anyone who wants a signed bookplate can just email me and I'll send them one! abbi@amplecat.com