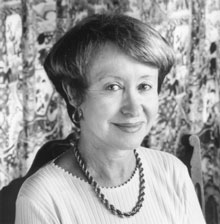 Marilyn Yalom is the author of the new book The Amorous Heart: An Unconventional History of Love. Her other books include A History of the Wife and How the French Invented Love. She is a senior scholar at the Clayman Institute for Gender Research at Stanford University, and she lives in Palo Alto, California.

Q: You write that an experience at the British Museum inspired your new book. What initially caught your attention, and how did that eventually result in this book?

A: In 2011, I was attending an exhibition of medieval artifacts at the British Museum.  In one case I saw a collection of gold coins and pieces of jewelry that were part of the Fishpool treasure hoard discovered in Nottinghamshire in 1966.

Suddenly a heart-shaped brooch caught my eye.  I noticed the heart’s two lobes at the top and the V-shaped point at the bottom as if I were seeing them for the first time.  Then for a brief moment I was invaded by images of hearts—the ones I had known all my life from valentines, candy boxes, balloons pendants and bracelets. 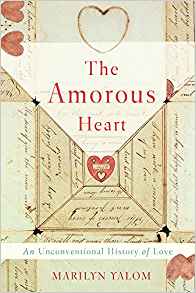 It dawned upon me that the perfectly symmetrical heart is a far cry from the lumpish organ we carry inside us, and I asked myself how the human heart had been transformed into such a whimsical icon. From that point on, that mystery pursued me.

Q: Has the heart always been associated with love?

A: The heart has been associated with love as far back as I can find in the written records of Western civilization. As far back as Greco-Roman antiquity, the poets have been identifying the heart with love in verbal conceits that would not find their visual equivalents for another two thousand years.

Q: At what point did the image of the perfectly formed heart first emerge, and have those images changed over the centuries?

A: The image of the heart as the symbol of love first appeared in the 13th century, but it was not yet a bi-lobed symmetrical heart. In a French manuscript called “The Romance of the Pear,” circa 1250, a kneeling man is pictured offering a heart to woman in the shape of a pine-cone, eggplant or pear. 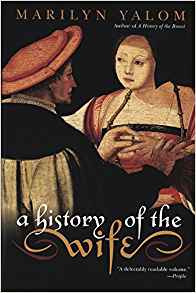 That same shape appeared in both secular and religious “heart offerings” to either a loved one or to God —the secular amorous heart in France and the Catholic loving heart in Italy—in the period around 1300.

Finally, a French and Flemish manuscript called “The Romance of Alexander” from around 1340 contained an  image of the bi-bilobed symmetrical heart held in the hand of a woman who had received it from a man sitting next to her. He points to his chest as the place from which it had come.

A: I researched this book mainly in the wonderful new art history library at Stanford University, but also in places where medieval manuscripts and artifacts are held, such as the Morgan Library in New York, the Cluny Museum in Paris, the Bodleian Library in Oxford, the British Museum and Victoria Museum in London.

A small museum in Regensburg, Germany sent me images of their Medallion tapestry containing scenes of love’s joys and torments, some of which show the German goddess of Love (Minnekönnigen) shooting an arrow into a lover’s heart.  All the early heart imagery that I know of is either French, Flemish, Italian, or German. 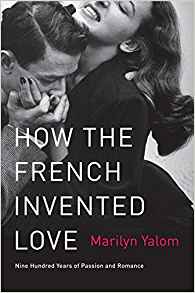 A: Right now I am giving talks about this book in the Bay area around Valentine’s Day, in Washington, D. C. in late March, in Boston in late May.  (See the calendar on my website.)  After nine books, I’m taking a break from writing.

A: As I look back over my writing career, I realize that I often take familiar subjects and defamiliarize them.  I force myself (and others) to see them as if for the first time.  This is true of my books about the female breast, the wife, the chess queen, and the heart icon.