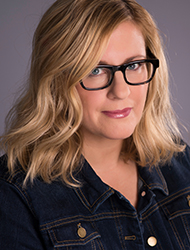 Amy Bass is the author of the new book One Goal: A Coach, A Team, and the Game That Brought a Divided Town Together. It focuses on the Somali immigrant community in Lewiston, Maine. Her other books include Not the Triumph But the Struggle and Those About Him Remained Silent. She is a professor of history at The College of New Rochelle, and her work has appeared in a variety of publications, including Slate and Salon.

Q: Why did you decide to write about this team of mostly immigrant soccer players from Lewiston, Maine, and given the current political climate, what do you think their story says about the role of immigrants and refugees in the United States?

A: I went to Bates College, which is in Lewiston, so I lived there years before the Somali community began to arrive. When the soccer team started to climb the national rankings in fall, 2015, a friend from college posted a newspaper article about them on Facebook.

Things in my head just began to click – there was so much heated dialogue at that moment about refugees; Syria was such a focal point; U.S. governors were saying “we don’t want you” about those who were fleeing Syria’s terror and violence. 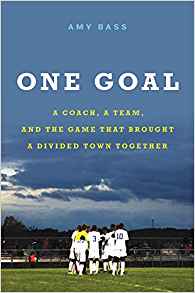 There was – there is – so much fear driving and dividing this country. This story, I think, puts that fear into a context, with a thrilling sports story to boot.

A: I spent a lot of time in Maine! I did a lot of research to prepare for my first trips up there – reading, reading, and then more reading. Newspaper clippings, histories:  you name it; I read it.

I watched hours and hours of game reels -- everything and anything I could get my hands on. A LOT of soccer. And I went back to high school, shadowing Coach McGraw, who teaches biology; hanging out at football games and track meets; and, of course, attending the soccer games, first as a spectator, then on the sideline, and finally from the locker room. 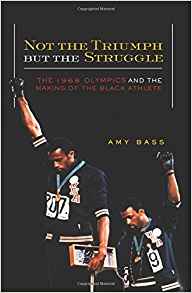 I did endless hours of interviews, with players and their families and community members, all of whom so generously told me their stories, patiently answered my questions, and – when I was really lucky – invited me to dinner.

I think what surprised me most was how seamlessly they accepted me – I didn’t even really notice until one afternoon I was like, whoa – I’m in the locker room!

Q: Do you see the events you write about in One Goal as relevant to many other communities, or is Lewiston's experience unusual?

A: Lewiston has some unique elements to it, to be sure – but I think there are things we can all learn from its story. Lewiston has this big moment – this soccer game – that gives us all a glimpse as to what things could be like. I hope all communities can find their moment.

Q: You wrote recently on CNN.com, "But just as these families needed Lewiston, the nearly all-white former mill town needed them, too." How would you describe the relationship between the immigrant community and those who had lived there for longer, and what do you see looking ahead? 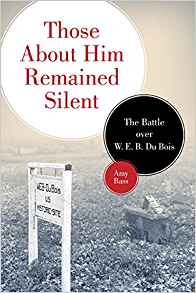 A: I think community relationships are negotiations – and that’s a good thing. It is so much more complex than an immigrant community “fitting in.” It is about the preservation of culture and language and food and dress and religion, all key things to figure out how a group lives where it settles.

Coach McGraw often compares his players to seeds – they will grow, and the community will grow with them.

A: I’m working on figuring that out. I’ve always got ideas in my head, it just depends which one will stick.

A: I say this all the time: listen to athletes for a change. And I really mean that. Sports can do one of two things:  pull people together, or push people apart. But either way, sports matter.