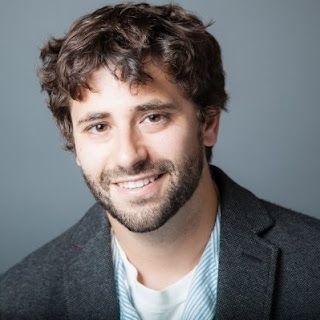 Sam Boush is the author of the new novel All Systems Down, the first in The Cyber War series. He has been a firefighter, a journalist, and the owner of a marketing agency, and he lives in Portland, Oregon.

Q: How did you come up with the idea for All Systems Down?

A: I started wondering what would happen if hackers took out America’s infrastructure after reading several really great books, including Richard A. Clarke’s Cyber War. As I looked into it I realized how plausible a complete collapse of banks, dams, electrical grids, and transportation could be if the worst-case scenario played out.

The collapse, I have to admit, was more than a little fun to write about. But while I’ve had a lot of readers tell me I’ve introduced a new fear, I should probably remind everyone that All Systems Down presents a completely fictitious scenario. That’s not to say it couldn’t happen.

Q: How did you research the book, and is the scenario you describe in the novel plausible in reality? 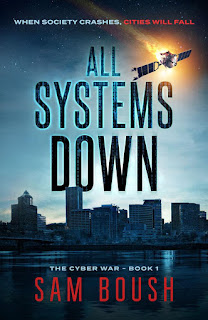 A: I read a lot. I talked to some smart people. And I also looked at the U.S. government’s own documents, like Department of Defense memos and Homeland Security white papers.

Turns out, a lot of intelligent people know our infrastructure isn’t ready to deal with attacks from sophisticated state actors, and so the scenario from my book is not just plausible but a realistic and national concern.

At the same time, the fun of writing All Systems Down came from creating tension as traffic backs up and satellites fall from the sky. If your heart is pounding, that’s the point. No need to run out and buy canned food, though.

Q: You have a wide variety of characters involved in the story. Did you know from the beginning which would be your point of view characters?

A: I had a pretty good idea Brendan would be my main character going into the first draft, though subsequent drafts really brought out his strengths and especially his flaws. But I hadn’t developed my secondary point-of-view characters, and was pleasantly surprised on a couple instances.

A: Michael Crichton is my all-time favorite, with Tom Clancy coming in at a close second. I also read a lot of non-fiction, which most informs my writing and gives it a strong foundation of plausibility.

Q: This is book one—what do you have planned for book two and beyond?

A: Boy oh boy, are you going to like book two. I’m elbows deep into it right now, and can already tell it’s a page-turner. Beyond that, expect at least one more, but I make no promises.

A: I’ve never given a fan the cold shoulder. If you send me an email or reach out through my website you’ll almost certainly get a response.