Laura Madeleine is the author of the two new novels Where the Wild Cherries Grow and The Confectioner's Tale. She lives in Bristol, UK.

A: As happens with a lot of my work, the original idea for The Confectioner’s Tale had nothing to do with the story that now exists. I was driving around France in a campervan with my then-boyfriend during the summer of 2010, when I had just finished university.

It was July, the middle of a heat wave, and when we stopped in Saint-Émilion to cool off, we discovered a patisserie that sold canelés – little caramelized custardy pastries. I’d never seen them before, and so when we got home, I looked them up.

They have a fascinating history of popularity and rivalry, an official brotherhood and even secret recipes held in vaults! I was captivated by the artistry of patisserie, especially during the golden era of the Belle Époque, where aesthetics and luxury were taken to absurd extremes; a bubble about to burst. 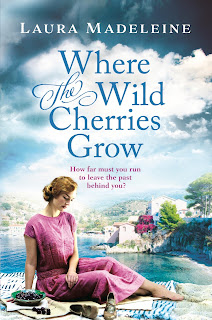 Eventually, the canelé history itself disappeared. The only trace that remains is in the fact that my main character Gui is from Bordeaux.

After a year of two or working on the draft, I knew it needed something else, something to ground the narrative in more recent history, provide a tug to keep the story moving and give the 1910 sections tension. As the old phrase goes, “write what you know”, and well, I knew Cambridge…

Q: You have another new novel, Where the Wild Cherries Grow, that also covers two time periods. What kind of historical research do you do to write your books?

A: I read a lot of primary sources, diaries, collections of letters, personal histories. Travel guides from the era, while inevitably biased and sometimes pretty unpleasant, are incredibly useful for first-hand details and attitudes.

Sites like Project Gutenberg are fantastic for this, and many university libraries (especially U.S. ones!) have amazing online catalogues where old, out of copyright texts have been digitised and are available as epubs.

I also read a lot about the food, obviously. For Where the Wild Cherries Grow, I relied on two books in particular: The Book of Sent Soví, the earliest Catalan recipe book, written around 13-14th century, and, rather more recent, Colman Andrews’ Catalan Cuisine. 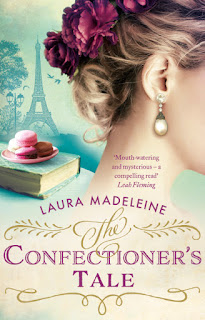 Both of these books provided an excellent overview of the history of Catalan food, its role in the culture, and how it has changed over time.

Q: Both novels feature cooking and food as a major part of the story, and you have a background in baking. What do you see the food themes bringing to your work?

A: Food can tell us so much about a place. It’s immersive, and present, and yet tied to the past. For instance, in Catalan cooking, there’s very little dairy because the land isn’t suited to dairy farming.

Instead, we find goat or almond milk, the almond trees having been introduced to Catalonia, and Spain as a whole, when it was al-Andalus, ruled by the Moors hundreds of years ago. Food is inextricably tied to the culture of a place.

Likewise, all of that luxury in Paris during the 1910s relied on the long-held exploitation of the labouring classes. I think the theme of food makes us look again at characters, at society, and opens up all sorts of fascinating avenues to explore.

A: I know vaguely where it’s going, just not how I’m going to get there! I’m not really an intricate planner. There’ll always be changes along the way. Sometimes a first draft can change dramatically when it comes to re-writes.

I never feel like I truly finish a book, but as a general rule, I know I’m getting close when I’m taking words away rather than adding them. 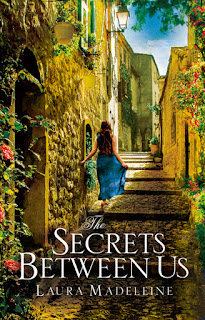 A: I’ve just finished the page proofs for my next novel, The Secrets Between Us, which will be out in the UK in 2018. It’s set in 1943, in the Alpes-Maritimes, during the period of Italian-occupied France.

I’m also in the middle of researching a brand new book, which I’ll start writing soon. That one is set in Tangier, during the 1920s. I’m planning a trip to North Africa at the moment, very exciting.

A: My sister Lucy is also a writer! Can I give her a shout out? She writes fantasy, and the last book in her trilogy, The Worldmaker series, comes out in December. By complete coincidence, our debut novels (The Confectioner’s Tale for me and Starborn for her) came out on the exact same day…