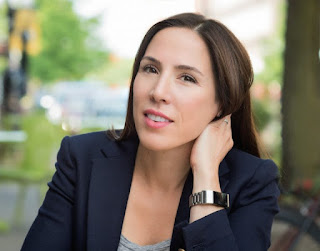 Camille Pagán is the author of the new novel Woman Last Seen in Her Thirties. Her other books include Life and Other Near-Death Experiences and The Art of Forgetting. She lives in Ann Arbor, Michigan.

Q: How did you come up with the idea for Woman Last Seen in Her Thirties and your character Maggie?

A: I was standing in Whole Foods when a college-aged man bumped into me. He was busy talking to the friend he was shopping with, and glanced up at me with a look that said he had just looked right through me. Then he continued on his way.

Maybe he was simply rude, but it made me think about how women, in particular, often seem invisible to those around them as they get older. (I believe this is changing and will continue to change, but I still see it more than I’d like.)

In that moment, the premise of Woman Last Seen in Her Thirties was born. I had been working on another book, but the day after the supermarket incident, I sat down and wrote the first chapter of Woman and knew it would be my next novel. 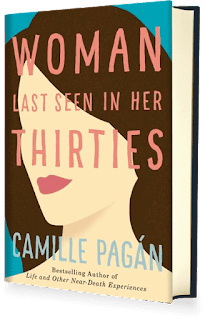 Q: What do you think Maggie's experiences say about the impact of divorce on middle-aged women?

A: I think divorce at any stage in life can bring up common questions for those going through it: Who am I without this person I’ve loved for so long? Why does a seemingly-solid relationship crumble? What now?

Yet the ending of a relationship unfolds differently for every person. The protagonist of Woman Last Seen in Her Thirties, Maggie Halfmoon Harris, finds herself unexpectedly single just after her children had left home—the very point at which she was hoping to reconnect with her husband, Adam.

When Adam tells her he’s in love with someone else, she’s hurt, confused, and hardly in the mood to start over. But she does anyway—with courage and aplomb—and finds that her new life, however unwished for, is filled with surprising moments joy and gives her hope for a better future. I found it incredibly inspiring to write, and hope that readers will find it inspiring to read. 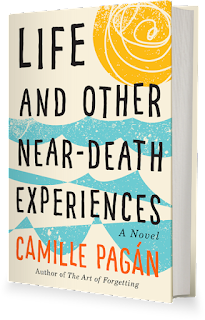 A: Like all of my titles, this one came to me organically as I was writing.

At the end of the first chapter, Maggie has an “ah-ha” moment when she realizes she’s become invisible to those around her—and maybe even herself—and thinks, “I wasn’t sure when the woman once known as Maggie Halfmoon had vanished, but I had a strong suspicion she had last been seen during her thirties. And that was every bit as frightening as my husband walking out the door on the life we had created together.”

As soon as I wrote that, I knew I had to call this novel Woman Last Seen in Her Thirties.

Q: The novel takes place in Chicago and Ann Arbor. How important is setting to you in your work? 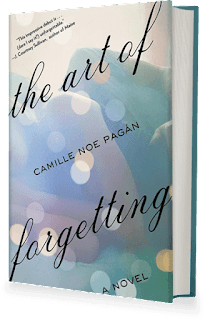 A: Where you live can impact your mood, your routine, and even your worldview. I spent my 20s and early 30s in Brooklyn, with a brief stint in Chicago, and loved the fast, frenetic pace of city living.

Then, in my mid-30s, I moved with my family to Ann Arbor. It was a big transition at first. But soon the quieter vibe of a college town filled with interesting, intelligent people proved to peaceful and extremely conducive to my life as a writer.

I wanted Maggie to experience that same stabilizing sense of place, so I shook up her worldview with a trip to Rome, and then had her take an unexpected opportunity to move to Ann Arbor.

A: I just finished a new draft I’m really excited about. It’s the story of a woman who learns her best friend’s marriage was built on lies—which inspires her to use radical honesty to try to save her own relationship.

A: I love connecting with readers and writers. You can find me at camillepagan.com, on Facebook at Facebook/CamillePaganBooks, or Instagram at Instagram/camille_pagan.

--Interview with Deborah Kalb. Here's a previous Q&A with Camille Pagán.
Posted by Deborah Kalb at 7:46 AM