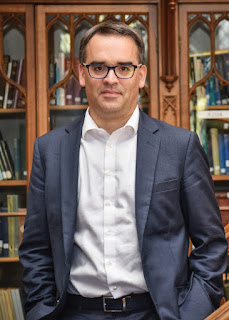 Thomas Weber is the author of the new book Becoming Hitler: The Making of a Nazi. His other books include Hitler's First War. Weber is a professor of history and international affairs at the University of Aberdeen, Scotland, and he lives in Aberdeen and in Toronto.

A: Despite all the books written on Hitler, I felt that we still didn’t understand how Hitler became Hitler. So I decided that I would try and look with fresh eyes at the year that followed World War I. I would dig deeper than other scholars before, and I would dig at different places.

Once I had found what I was looking for, I realized that I had been wrong in my previous assumptions about how Hitler had become Hitler and that I had to take my story forward to the mid-1920s.

Q: What influences shaped his ideas during that period? 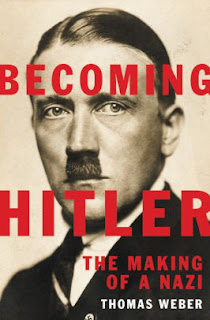 A: The starting point of his politicization and radicalization was to figure out why Germany had lost World War I and, more importantly, how Germany had to be recast to survive for all times in a rapidly changing world.

He was shaped here by the then-popular idea that the world was transitioning to a world of what today we would call superpowers. Driven by geopolitical thinking, Hitler believed that Germany could only survive if it could be brought onto equal footing with the Anglo-American world.

To that end, Hitler sought to understand the primary reasons for Germany’s domestic and external weakness. Everything else – including his anti-Semitism and racism – followed from that.

Q: How influential was Hitler by the time he wrote Mein Kampf?

A: At that time, Hitler was attempting to establish himself on the national stage. The previous year, he had faced the problem that outside of Bavaria very few people knew about him. Hardly anyone even knew what Hitler looked like, as he had refused to be photographed.

He had thus desperately tried to boost his national profile prior to the putsch, even writing a short (auto-)biography and publishing it for tactical reasons under somebody else’s name. Yet this all came too late. Yet it was his trial in early 1924 and Mein Kampf that finally gave him a national stage. 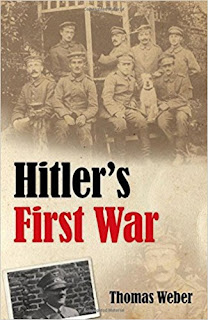 Q: What do you think are possible lessons from Hitler's emergence during this period as a demagogue?

A: It is to mend the fabric of democracy when it is still possible. Once a politics of adversaries has been turned into a politics of enemies and once sectarian mindsets have take hold of people – in other words when every compromise that is not of a tactical nature is seen as rotten – demagogues will rise.

Unfortunately, there is where we are now. But it is not too late yet. We can still repair the fabric of democracy.

A: I am working on a history of World War I, which brings back to light episodes that have been written out of the story because they did not fit the narrative, such as the attempt of Germans in Palestine to prevent an Armenian-style anti-Jewish genocide.

A: My current most pressing professional challenge is to raise funds over the next few weeks to rescue, for research and Holocaust education, one of the most important private collections pertaining to the Shoah, the Third Reich, and the Second World War, and thus to prevent it from disappearing into dark channels.