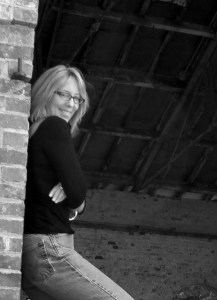 D.V. Berkom is the author of the new thriller The Last Deception, the latest installment in her Leine Basso series, which also includes Serial Date and Bad Traffick. She also has written the Kate Jones thriller series. Berkom lives in the Pacific Northwest.

Q: How did you come up with the idea for The Last Deception?

A: I've always loved spy novels and I wanted to take my character, Leine, into that realm to see how she fared. With her past as a former government assassin it seemed the thing to do. I also wanted to bring actors from her past into the present to see what would happen, with an eye toward working with them in later books.

Another reason was that the character of the Russian arms dealer came to me fully formed and I couldn't wait to write his scenes. I wanted to take the trope of the evil arms dealer who wants to destroy the world/protagonist and stand it on its head by making Anatoly a family man who wants to do right by his country. He doesn't trust easily, which runs headlong into Leine's built-in distrust of pretty much everyone.

Q: When you first wrote about your character Leine Basso, did you know you'd be writing a series about her? 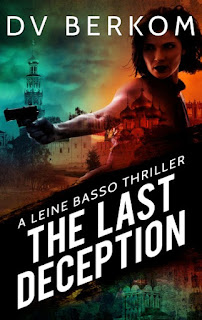 A: Not at all. Serial Date, the first novel that I wrote in the series, is different in tone than the others: there's more black humor, adult language, and satire, and I figured the book would be a one-off.

Again, I wanted to take the serial killer thriller tropes and turn them on their heads using humor, in addition to satirizing the ubiquitous reality shows that have proliferated on television. As for Leine, what better character to go head to head with a serial killer than a former assassin?

After I'd published the book, I received several emails from readers asking for more. I had no idea Leine Basso would have so many fans!

The next book, Bad Traffick, dealt with the serious problem of sex trafficking, and I decided to tone down the black humor since it didn't fit with the subject matter. There's still some snark--Leine just can't help herself--but it's more of a traditional thriller, if you can call a female assassin protagonist traditional. 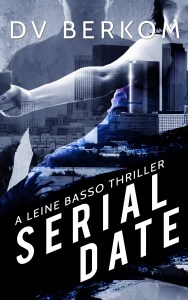 A: In the beginning, Leine is tortured by her past, especially in light of one incident that's described in the prequel, A Killing Truth. She doesn't believe she deserves happiness, and thinks her failed marriage and her daughter's rejection is proof.

As the series progresses, she realizes that her particular skill set is valuable, and that "using her powers for good" brings her immense relief from the guilt she feels for what she's done. By the time she appears in The Last Deception, she's working for an anti-trafficking organization, rescuing victims full time.

A: Michael Connelly and Daniel Silva always spring to mind. John Sandford and Vince Flynn are two others I absolutely adore. And, although he's not really considered a "suspense" writer, per se, I love Carl Hiaasen's characters and his satirical/cynical take on corruption and the human condition. 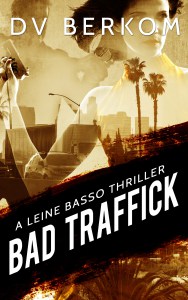 A: The next Leine Basso, currently untitled (I usually come up with the title later on in the process). This one brings Leine full circle in her quest for redemption, and features an interesting antagonist or three.

A: To sample my work, just head over to my website to join my exclusive Readers' List. I'm giving away the first novellas in each series: A Killing Truth and Bad Spirits.

Thanks for having me here, Deborah!