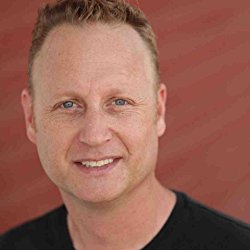 Jonathan Catherman is the author of The Manual to Middle School: The "Do This, Not That" Survival Guide for Guys. His sons Reed and Cole also contributed to the book. Catherman also has written The Manual to Manhood. He is an educational consultant, and he lives in North Carolina.

Q: How did you come up with the idea for The Manual to Middle School, and why did you focus on boys?

A: I wrote The Manual to Manhood book for my teenage sons, but they were 7 and 10 when I started. I walked away from a car accident [and thought], “If anything ever happens to me...” It turned into the manuscript. A friend said this is far more than a letter to my boys.

Then they came of age. Reed was in 8th grade and Cole was in 5th and was moving to middle school. One night Cole started asking Reed questions about middle school…I said, This could be another book! I said, What if we work on the project together? It was literally dinner conversation for us!

I was speaking on the road, and got to ask middle school educators what are the top topics. I’d run them by the boys. 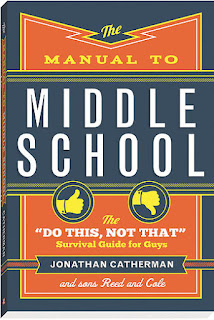 Q: Yes, I was going to ask you about their role in helping with the book.

A: I’d work on the project and try to capture the voice received by a 5th grader. [They’d say,] it’s dumb, or nobody talks like that any more. They’d be my filter. I’d say, tell me about the media center, or tell me about fights at school. I’d get their perspective and go back to my career as a sociologist, and that’s how we compiled the book!

They did have assignments. We had a grid board in my office. They worked through much of the jokes [in the book].

Q: What are some of the most common perceptions and misperceptions about boys in middle school?

A: The common perception is that they’re not prepared. Academically I believe they are, but socially and emotionally, when compared to girls, they run about two years behind. Especially with [kids today] being more connected to the digital and virtual.

Girls are better at communications. Boys communicate differently. That’s often not what the school is needing of them. The accuracies would be that boys are entering middle school a little on the lagging side. 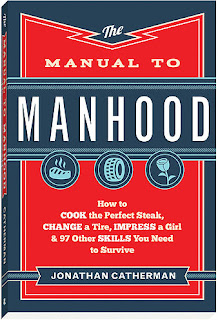 But the misperception is that they don’t care. I believe they really do. Boys put up a bit of a front. No one wants to have B.O., or have acne, or stumble through talking to a girl. When you boil it down, they have feelings too!

Q: As you noted, you’ve also written The Manual to Manhood. What age group is this geared toward?

A: It’s geared for about 5th grade through high school. I wrote it with middle school in mind. I knew they’d be that age. If you get on Amazon or Facebook, there are a lot of messages with references to as young as 5th grade…

A: There are two books. One will be out May 1, The Girls’ Guide to Conquering Life. My wife, Erica, co-authored it. The Manual to Manhood’s topics are pretty much gender-neutral, but she recalibrated it for girls. 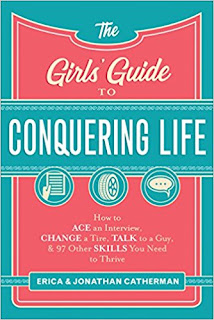 The book I’m staring at, at the computer now, is the middle school version. Almost all the topics are the same [as the boys’ book], except it’s perfume vs. cologne…

I’m 100 percent convinced…if we can get them to practice levels of success with the small, they can [have the same experience] with much bigger [things]. With book reports, you learn to write a book report for school so you can write a report for work…with pop quizzes, they’re every day in life…

This is the process of practicing. You practice well now with the little things so you can gain experience with things seen as mattering more. Any great job interview starts with a great handshake.