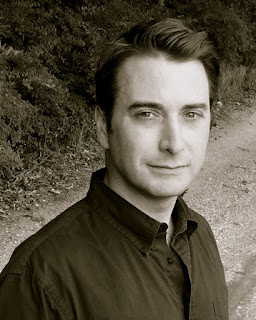 Peter Manseau's books include One Nation, Under Gods: A New American History and Melancholy Accidents: Three Centuries of Stray Bullets and Bad Luck. His work has appeared in a variety of publications, including The New York Times and The Washington Post. He lives in Annapolis, Maryland.

Q: Why did you decide to write One Nation Under Gods, and what surprised you most in the course of your research?

A: About five years ago, the question of religion’s role in the creation of the United States was receiving quite a lot of attention. I followed these discussions, and read a few excellent books considering Christian influence in early America, including Steven Waldman’s Founding Faith, Thomas Kidd’s God of Liberty, and John Fea’s Was America Founded as a Christian Nation?

I came away from such reading convinced that the answer to the question asked by that last title is "no," but I also believed there was more to say about the variety of religious influences that have played roles in American history. I wrote One Nation Under Gods to gather a wide-ranging set of stories about the ways religious diversity can be seen in this country from the beginning.

One big surprise I found was that, though the United States has undeniably been a majority Christian country since its founding, demographics only tell part of religion’s role in our shared history.

As it has through other aspects of culture – literature, art, music – America has been shaped through the minority influence of beliefs and practices on the margins of dominant religious views, despite frequently violent efforts to suppress this influence by the majority.

Q: You write, "From a distance it is easy to see only the Christian elements of much of American history." Why has this been true, and what are some of the most common perceptions and misperceptions about American religious history?

A: This is in part a matter of the victors writing history. Christianity adapted and expanded in America in ways that made it seem for a time the only narrative that could explain the birth and growth of the United States. In public discussions of religion, all other traditions often seem to exist in its shadow. 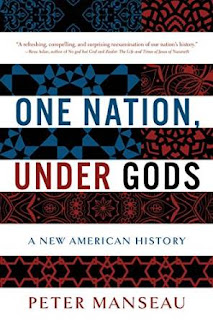 However, the story of religion in America is not merely one of the dominance of one tradition at the expense of others; it is also a story of minority and marginal beliefs having unexpected influence on majority culture.

The most common misperception of American religious history may be found in the implications of the term "Christian nation." While on the one hand it is true that the majority of Americans are now and have been Christians of one kind or another, on the other hand we too easily forget that the phrase  "Christian nation" has been used a cover for racist, xenophobic, anti-Catholic, anti-Semitic, and most recently anti-Muslim sentiments.

Arguments that Islam is new to the U.S., and thus is a threat to it, conveniently ignore the fact that Muslims have been part of the American experience from the beginning.

Scholars estimate 25 percent of the enslaved people brought to this country were Muslim; though this faith was gradually lost as a largely powerless population was exposed to the majority religion, the influence of it other African traditions endured, and in time subtly transformed American Christianity itself.

A: Many of the men who would become Revolutionary patriots first began to contemplate a separation with England through their desire to see the Anglican Church disestablished as religious institution receiving special benefit from temporal power.

In the history of Independence we all were taught as children, colonial discontent was all about taxation and representation, but the underlying questions had to do with how power is attained and preserved.

Under the British monarchy, Church and Crown were not only inseparable but insisted the king's authority came was divine. Before this idea was seen as quintessentially un-American, it was considered un-Christian by the religious dissenters who favored Revolution.

Q: You refer in the book to the famous image of a "city upon a hill." What has that image meant to Americans, and what do you see looking ahead when it comes to the image's use?

A: "City upon a hill" was first spoken in the American context by John Winthrop, governor of the Massachusetts Bay Colony. He invoked the gospel phrase mainly as a warning to colonists that if they failed it would be seen and known around the world.

As the phrase moves through American history, however, it took on a different meaning. John F. Kennedy used it just after he was elected president to describe what he considered to be the chosen-ness of the American people, and Ronald Reagan amplified this notion throughout the 1970s and 1980s.

By the time Reagan left office, "city upon a hill" had become a shibboleth -- words spoken by American politicians to indicate some allegiance to the idea that American exceptionalism rested on a Christian understanding of what the nation might mean.

Remarkably, we haven't heard much about the "city upon a hill" in this election cycle. It may be that as the Reagan administration recedes further back into memory, and as the phrase becomes all but meaningless to younger voters, we will not hear it in the future as often we have in the past.

Eventually, there will likely come another religious metaphor for what the country should aspire to. What it might be will depend on a skillful politician finding a phrase that similarly enshrines the past while suggesting possibilities for the future. As the nation's religious makeup changes, it will need to speak to a much broader range of individual religious experiences.

A: I'm currently finishing up a book that tells the entwined stories of two photographers whose lives came together during the 1860s. One became famous taking pictures of battle, the other became infamous for claiming he could take pictures of ghosts.

Their experiences provide a new view of American life during and after the Civil War, and show how photography became seen as the essential medium for separating fact from fantasy, despite the manipulations that have been part of the art from the beginning. 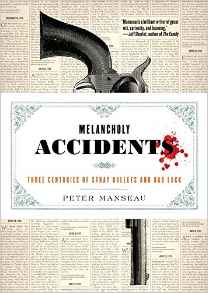 They are all poignant as you might expect, others are heartbreaking, and many are also darkly funny. Taken together, such "melancholy accidents" (as they were often called) provide an alternate history of guns in America. Like One Nation Under Gods, the book takes a subject many think they know something about, and tries to turn it on its head.

--Interview with Deborah Kalb. Peter Manseau will be participating in the Bethesda Literary Festival, which runs from April 15-17, 2016, in Bethesda, Maryland.
Posted by Deborah Kalb at 6:41 AM