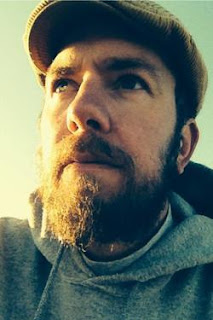 Brian Herberger is the author of the new young adult novel Miss E. He has taught middle school English and worked with teachers on classroom computer technology. He lives in the Washington, D.C., area.

Q: How did you come up with the idea for Miss E., and what kind of research did you do to write the book?

A: Well, without answering with too much of a spoiler, Miss E. is based on a real person from American history. Driving home one afternoon, an idea came to me - a young girl meets [blank].  (You can read the book to fill in the blank.)

I got goosebumps! I quickly turned the radio off so I wouldn't get distracted, so I could keep thinking about it. It took a little while to build a story around that idea. There were lots of questions to be answered. Where does she find this person? How does she meet her?

And most importantly, what's the girl's story. Because I really wanted it to be about the girl's story, I wanted her to have important things happening in her life, other than just being someone who figures out who this mysterious woman Miss E. really is.

I really enjoyed the research part of writing Miss E., and I did most of the research before writing any of the story. Again, without giving too much away, Miss E. is someone from history, but by the time the story takes place, she's older.

So there were two parts to creating her character - researching and learning enough about the real person's life to feel like I truly knew her, and then fast forwarding decades to imagine what the real person would be like as an old woman.

The best part was that I learned about a significant person in American history who I really knew very little about, and I realized that there is so much more to know about her than most people think.

If I'm not reading young adult fiction, I turn to nonfiction, usually historical. So researching was pretty enjoyable and didn't really feel like work, although I'd often get caught up in reading and have to remind myself to go back and take notes.

Other than the character of Miss E. I had to learn about the time period and some of the events surrounding Vietnam, but that wasn't really research, just fact checking. I think I'm a better story teller than I am a researcher, so even though the book is historical fiction, it's a little light on history and heavy on the fiction. 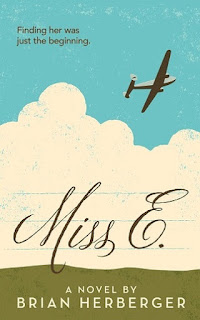 Q: Why did you decide to set the novel in California in 1967?

A: Will all these questions hint at spoilers? OK, back to Miss E. and who she really is. I looked at how old the real person was and figured out what year it would be when she'd be in her 70s. I landed in the ‘60s.

As far as location, I wasn't sure where the story was going to take place at first. Initially I imagined it happening in a place that was significant to the main character, Bets. Like it was her home town and Miss E. arrived there.

But when I decided that the story needed to be about the changes that Bets goes through, how she evolves, and what she learns about herself, I decided Bets should be the newcomer, that she should be the one who moves and comes to a new town.

Once all my characters ended up in California in 1967, other parts of the story fell into place. Vietnam and the anti-war demonstrations were a natural fit. The character of Bets's father turned into a soldier and shipped off to Vietnam, which in turn becomes an important part of Bets's character - the fact that she is without her father, missing him every day, and conflicted about the war he is fighting in.

As a middle school English teacher, I would often ask my students about the setting of a story we'd read and why it was important. Vietnam, demonstrations, a father far away in a war - none of those things were part of my original idea. They were a result of the setting I chose, and they turned into an essential part of the story.

Q: Why did you choose a female protagonist, and how was it to write from her perspective?

A: I've heard people say, "Write what you know." I'm not sure how that applies to me writing about a teen-age girl growing up in a military family in California during the 1960s.

I was born in 1972, I've always lived on the East Coast, and my father was a carpenter, not a soldier. So I don't share much in common with Bets when it comes to life experiences.

I have a teenage daughter, and I worked in a middle school for much of my career, so I'd like to think I have at least some insight into that perspective. My daughter and my students might disagree.

I had fun getting to know Bets as I wrote her story. I honestly didn't know much about her when I started writing. The girl on page one is not the same one who appears on the last page.

Much of that is Bets's own development as a person, what she learns through life experiences and the opinions and ideas she forms.

But part of that evolution comes from me learning about Bets as I wrote her story. I didn't know if she was afraid of flying or how she would react to opinions she disagreed with. I certainly had no idea she'd end up knocking out a boy with one punch! I didn't know until she did those things and I had to write about it.

In the end, I think I put a lot of myself into Bets. We're both fascinated with flying, any time I can get on my bike is an absolute dream, and I certainly envy the opportunities Bets has to explore San Francisco in the ‘60s and raise a sign in protest for something she believes in.

Q: What do you see as the perfect age group for this novel?

A: Well, I'm in my 40s and young adult fiction is the first section I head toward in a bookstore, so does that make me a young adult? I hope so!

Based on that theory and Bets being in high school, I think Miss E. would appeal most to upper elementary and middle school students. The content and reading level are appropriate for those grades.

But one of the great things about young adult lit is that it really has no age group, which is ironic since we refer to all those books as "young adult."

We all grew up reading young adult lit, and some of us never grew out of that genre. Others returned to favorite books once they were older and had children to share their favorite stories with.

The Little House on the Prairie books and the Narnia series are great examples of that for this generation of parents and their kids. In 10 or 20 years, our children will likely be sharing the Harry Potter books with their kids.

I wrote Miss E. with middle school age readers in mind, but I think it's a story that all ages can relate to and enjoy.

A: Some people have asked if there's a sequel to Miss E., but I don't see another story flowing naturally out of this one, the way it ended. Maybe that will change as time passes and I am better able to look back on Bets's story.

I do like the idea of writing another book with a similar concept - a young character who discovers an older character, someone significant from history.

So I've been thinking about that. Who's out there in American history who's a little bit mysterious? Maybe someone who was able to slip out of the newspaper headlines for long enough to grow old, alone... until someone meets him in another era.

I think I have a pretty good candidate, and the scenes I'm imagining give me goosebumps a little bit, so that's a good sign.

A: I love reading, and I loved writing Miss E. Right now, with the book so new and just starting to sell on Amazon, it feels like everything is about promoting the book, getting people interested in reading it.

My wife asked me how many copies I would need to sell to feel like the book was a success. I didn't really have an answer for her. I'm an English teacher at heart, so honestly, if one or two readers pick up the book and it gets them interested in reading or inspires them to write a story of their own, the book is an absolute success in my mind.