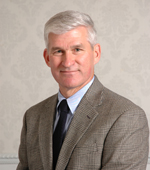 Andrew J. Bacevich is the author of the new book America's War for the Greater Middle East: A Military History. His other books include Washington Rules and The Limits of Power. A professor emeritus of international relations and history at Boston University, he lives in Walpole, Massachusetts.

Q: You begin your new book with a look at Operation Eagle Claw, the failed hostage rescue attempt during the Carter presidency. Why did you choose to start here, and what role did Carter play in the shift of U.S. attention toward military involvement in the Middle East? 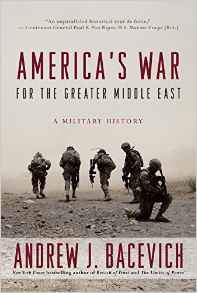 A: The Carter Doctrine, promulgated in December 1979, initiated the process of militarizing U.S. policy in the Persian Gulf and more broadly throughout much of the Islamic world.

The failed Iran hostage rescue mission represented the first fruits — however bitter — of this new policy, which over time blossomed into what we should rightly call America’s War for the Greater Middle East.
I don’t mean to imply that Carter in any way anticipated what was to follow during the decades to come. He certainly did not. He was merely the unwitting agent of much larger forces.

Q: You write, "After 9/11, rather than vainly trying to prop up the Greater Middle East, Washington set out to transform it." Why was that decision made, and what might have happened had the U.S. taken the course of "propping up" the region? 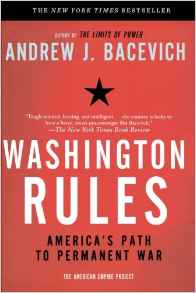 A: Senior members of the George W. Bush administration had unlimited confidence in the efficacy of U.S. military power and in their own ability to harness and direct it.

Transforming the Greater Middle East through the concerted application of American military might held the promise of eliminating the conditions that had produced 9/11 in the first place.

U.S. officials saw Iraq as the place to begin that project. The failure of the Iraq War ended any such prospects of changing the region to suit U.S. interests.

Q: In your book, you describe the U.S. as "stuck" in the Middle East, and ask, "So why can't we get out?" How would you answer that?

A: In order to get out — to take a different course — would require that U.S. political leaders and the American people admit that the War for the Greater Middle East has been an irredeemable failure. Such an admission remains politically incorrect. So it’s more expedient just to keep on trying.


Q: What do you see looking ahead when it comes to U.S. military action in the region, and do you see large differences depending on who the next president is? 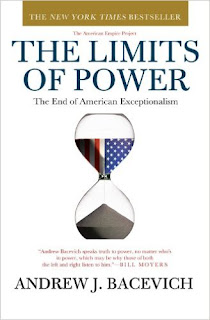 A: Regardless of who wins the election, we can expect more of the same. The Republicans remaining in the race are all militarists. So too is Secretary Clinton. Only the unlikely election of Senator Sanders holds the prospect of change.

A: I’d like to write one more book before hanging it up. I’m trying to figure out what I might write about.