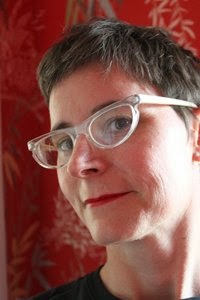 Amy Pickworth is the author of the new book of poems Bigfoot for Women. Her poetry has appeared in a variety of publications, including CATACOMB, Ink Node, and H_NGM_N. She lives in Providence, Rhode Island.

Q: How did you come up with the idea for a book of poetry focused on Bigfoot?

A: It started with a poem that recounts a recurring dream about Bigfoot that I had as a kid. (Variations on this poem recur throughout the book.) I started thinking about how, because of this dream, Bigfoot was part of the landscape of my childhood.

A lot of people have a little bit of a Bigfoot obsession (I guess I’m one of them), and I was thinking about why that was, what Bigfoot might mean. And so there were more Bigfoot poems.

Q: How do you see Bigfoot’s connection to the theme of the mostly absent father that runs through the book?

I tend to think of Bigfoot as a masculine presence, so it wasn’t much of a stretch to use this shadowy, larger-than-life male figure as a metaphor for my own father, who I didn’t know. The Bigfoot in the book is Bigfoot, but he’s also my dad, and me, and a stand-in for longing, and a way to think about our relationship to the natural and social world.

If you think about Bigfoot as a human-animal hybrid and a romantic, somewhat tortured figure, he’s everywhere heartbreak is. Songs, movies, lots of other narratives. If you think of Bigfoot this way, we catch glimpses of him all the time. 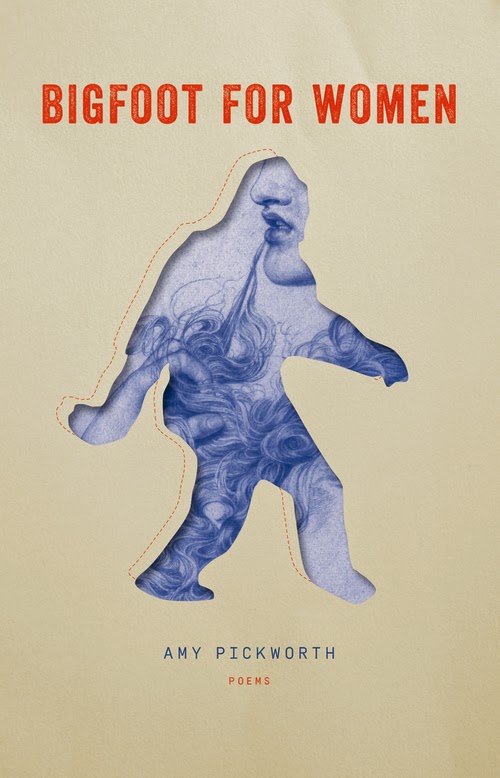 Q: The book includes the recurring scenes featuring an eight-year-old, in addition to poems from other perspectives. How did you decide on this structure for the book?

A: I like formal variation, and I liked the idea of exploring multiple viewpoints. Everyone has thoughts about Bigfoot. There are a lot of Bigfoot stories.

The larger idea of the book fell into place pretty easily. I knew I wanted the Bigfoot dream to repeat throughout it, and when I was far enough along with some other poems, I mapped out the arc as a whole and got to work collaging it all together.

The first half of the book essentially shows you how to find Bigfoot everywhere, then the second half explores Bigfoot more specifically as my father and various other forms of longing.

It was my good fortune, if you could call it that, that my father died after the book was accepted for publication but before we went to print. We were in design, and this timing allowed me to make revisions and to sub in some new poems about what it means not just to be looking for this figure, but to lose him. It left me feeling like the book is very whole and accurate.

Q: You include many links to websites throughout the book. Why did you opt to include them?

A: Because I was talking about how we can find Bigfoot all around us, it seemed natural to include links so that people can see this for themselves. Poetry tends to look to nature or to look inward, and I do both of those things here but I also look at the screen, which ends up being another form of looking inward or to nature. I also liked the idea of being transparent in terms of source material, and of revealing how many of the poems are connected to other works.

Q: How did you choose “Bigfoot for Women” as the title, and do you think men and women tend to have different reactions to the idea of Bigfoot?

A: I liked that the title suggests that this is a how-to manual, and that it wrests something of the masculine away from Bigfoot.

I think gender issues are always with us, so I suppose men and women often do have different reactions to the idea of Bigfoot, and also to the natural world and our fathers and longing. But there are lots of ways of thinking about and of being in this world, and I’m not sure Bigfoot is the clearest way to categorize that.

A: I’m in the middle of a few poems and I have a couple of ideas maybe for bigger projects, and I’m really hoping I get to do something else with my lovely pal Lucinda Hitchcock, who did such beautiful work designing this book. We’re trying to figure out a second project together. But mostly right now I’m ruminating and folding laundry and waiting for it to be spring.

A: There are some nerdy things about the book that I like and that might please someone else to know. Many of the poems are written in 10-syllable lines. I wanted to do this as a nod to blank verse although most lines aren’t iambic (the iamb being the rhythm of the human heartbeat, of walking), because there’s something very human and predictable about iambic pentameter, and Bigfoot is by definition neither human nor predictable.

I really like that the book will gradually fold in on itself over time, as the internet links are broken, like the woods growing over again. The book will kind of disappear into the woods, too.

And I guess the last thing is related to the fact that there was an out-of-court paternity settlement when I was a child, and one of the conditions my father insisted on was that I never use his surname.

Class and power issues were central to my parents’ relationship—she had been his secretary—and this was about his protecting his social station and keeping my mother in her lesser place and me, as his illegitimate child, in mine.

My mother had loved him and was wounded by this, but I just see it as a petty, mean thing. He wasn’t a nice man. Pickworth isn’t my father’s name. I’ve never used my father name. But I wrote a whole book about him, and I never used his name. Not even once.