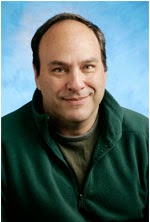 Andrew Levy is the author of the new book Huck Finn's America: Mark Twain and the Era That Shaped His Masterpiece. He is Edna Cooper Chair in English at Butler University, and his other work includes The First Emancipator and A Brain Wider Than the Sky.

Q: What intrigues you about Huck Finn, and how do you think people may have misinterpreted the book?

A: I've really loved Huck Finn since I was a teenager. I loved the voice, the language--I loved the way Twain showed respect, even love, for the kinds of people and the kinds of culture that all too often get denigrated or ignored. But for about 20 years, I've been certain that we've got the book turned inside-out.

In essence, the mistake is this: since World War II, we have treated the book like a “serious,” if deeply controversial, book about race. And we have treated it like a lark about children. We made it the most often book read in American schools for the first reason, and the subject of countless movies, comic books, and marketing icons for the second.


But if you go back to the mid-1880s, and follow Twain around as he finished and publicized the book, you see that what mattered most to reviewers and readers was the conversation about children, which was a major national controversy at the time. But few were talking about race in Huck, and those that did thought it was humorous. African-American newspapers, of which there were many, ignored the book completely. As did most Southern newspapers. 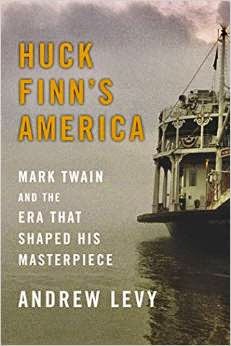 Q: What do you think Twain was trying to say in the book about race and about childhood, and how did his own views change on those issues?

A: Twain, truthfully, loved unstable meanings, masks. He did want people to laugh--but his posters for speaking engagements often read "The Trouble Begins at Eight," a sign that the laughter was meant to be accompanied by disruption. So Twain wasn't trying to say any one thing, which is why treating the book as an "official" American icon is part of the problem.

On children, however, Twain was clearly rebelling against the standardization of education and child-rearing that was taking place in Victorian America at the time, and which is now part of the routine of American life.

On race, Twain was trying to say two or three things, all woven together, again, unstably: but he was clearly pointing at the way progress on racial matters might be a myth of America, not a fact, that symbolic moments of progress often take us back more than they take us forward. He thought race was a joke, a put-on, but he was also entranced by African-American culture. He saw through race like few did, or do--but he took black culture as his own when he wanted.

What's interesting, even amazing, is what got him to even that point. Until he was in his mid-20s or so, he was unquestionably what we would call racist--and he regarded children as a kind of "trash." 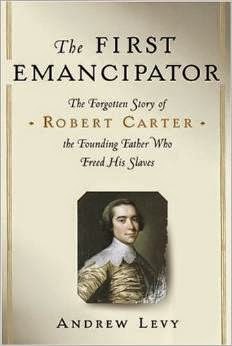 But the transformation that took place in his thinking was extraordinary. He went from someone who used racial slurs without irony to someone who spoke of reparations for slavery (still a marginalized topic), and he went from being someone who hated children to someone who wanted to be an ambassador for them.

Q: You discuss how Huck Finn started as performance art. How did that come about?

A: Mark Twain became as famous as he did, in part, because he was such a great platform performer. And for a decade, he conceived a grand staging of one of his books. And Huck Finn turned out to be the book. He planned a massive book tour to go with it--he might have invented the "book tour" as we know it, in fact, and the pop music tour--timed it to fall right after a presidential election.

He picked a partner, a young writer from Louisiana named George Washington Cable, who was creating a lot of headlines on his own. The publicity was huge--major newspapers gave the "Twins of Genius," as Twain called the tour, front page headline space.

And on stage--Twain read from his books, and Cable from his. But Cable sang songs--often of Creole or slave origin--and Twain told ghost stories he heard as a child from slaves tasked with caring for him. And they used voices, dialects. 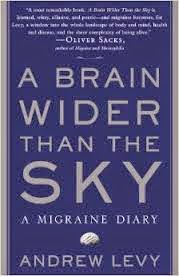 In other words, Huck Finn debuted as a multimedia event--The Washington Post in 1884 called it a "new kind of entertainment." And parts of Huck Finn as we know it were written with that in mind, to be performed.


We've lost the performance, the song and the voices and the comic timing, so we miss the point, at least part of it, and may never get it back. But the general point was to mix up different cultural forms into one stewpot, and see what came out. And what came out looks much more like post-World War II American culture than it did Victorian.

Q: What impact did Twain’s own children have on the writing of Tom Sawyer and Huck Finn?

A: Twain wrote all his great books about children--Huck, Tom Sawyer, The Prince and the Pauper, etc.--while he and his wife, Olivia, were raising their own daughters.


And his own journals from the time are often completely focused on his children-- almost like research. He loved their unconventional spelling and grammar, and that clearly shows up in the happily nonstandard English Huck uses.

He loved their unconventional relationships to God, and to prayer, and that shows up in Huck, too. He loved that they were auto-didacts--he and Olivia actually banned them from reading books in English, and so they taught themselves English by stealing a book of poetry and reading it on the sly. And Huck is one of the great auto-didacts in literary history.


Huck Finn really doesn't exist without Twain's daughters, in my opinion--the whole book radiates with the love of children, with respect, but also that bit of conflict and ambivalence characteristic of many American parents.

A: At the end of Huck Finn, Huck tells the reader that if he had known how much trouble it was to write a book, he would never have done it. And the last manuscript words Twain wrote, buried in the middle of the book we know, were "So I quit."


I feel like that--Huck Finn is so dedicated to the notion that true progress is hard to achieve, that to truly engage it is to bump up against something and get pushed back. It doesn't make me rush to write another book, any more than it made Huck happy he had written the one he did.

A: Only that Huck Finn is worth the re-read. It's the rare kind of old book that still change how you view the modern world. So many issues about race and children, contemporary ones--Huck Finn is like a roadmap, showing our patterns, as Ishmael Reed has said.