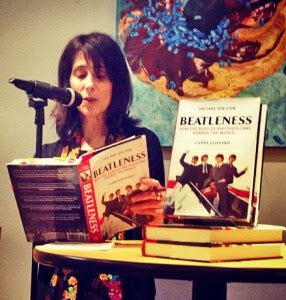 Candy Leonard is the author of the new book Beatleness: How the Beatles and Their Fans Remade the World. A sociologist, she lives in Cambridge, Massachusetts.

A: I wanted to document the experience of what it was like to grow up with the Beatles as a constant presence in your life for six years. It’s a favorite band, but it’s more than a favorite band. There was nothing else in our lives going on that provided us with [such] a constant flow of new [experiences]. They really had a significant impact on American history. People say the Beatles changed everything—I wanted to look at that statement, and break it down: What did they change?

Why are people still so intrigued? For people who were there, [the Beatles] were such a constant presence that you don’t get over it that easily. From the time I was 7 to the time I was 13, they were a powerful presence in my life. No matter how old you were, if you were a young person, that was six critical years of development, and they were providing you with amazing stimuli. When that ended in May 1970, people were upset.

Step forward to today, and the music endures. But for the generation that grew up with them, were they like brothers, uncles, parents? They were like teachers, or friends. They provided a whole range of stimuli to this generation. If you look at that, looking close up, it does explain the very singular, unusual connection.

Q: What do you think the experience of later fans has been, those who don’t remember the Beatles well or were born after 1970?

A: They weren’t there to experience it in real time. But the culture embraced the Beatles so much—if your parents were fans [you learned about them]. There’s not a person who doesn’t know a few Beatles songs. They became part of the culture.

For the boomer generation, what explains the phenomenon is the scale of it—the fan base, the technology, the art they were presenting. For people who were there, they introduced their children to it, they studied meditation, they became teachers. The baby boomers paid it forward and brought the Beatles’ work into what they did. We kept it alive.

It becomes part of history. Young people today are very interested in the 1960s. It was a time of idealism. The whole period is looked at with a lot of interest, and the Beatles were part and parcel of that. They’re integrally associated with it. 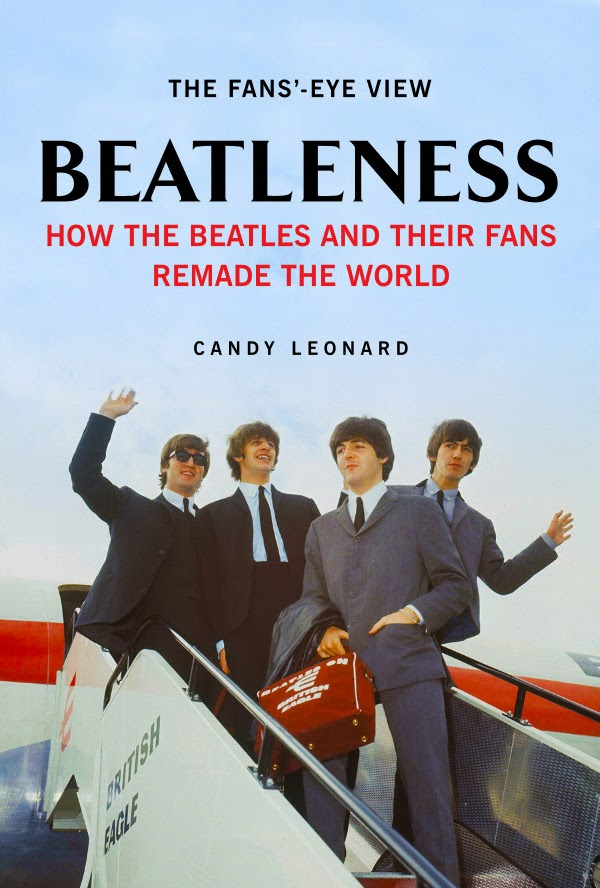 Q: Yes, I was going to ask you about how much the Beatles were a product of their time. Could they have emerged at another time?

A: They’re a product of their time in every way. Their musical influences—the American influences, Chuck Berry, Buddy Holly, the Everly Brothers, [other influences,] it’s an amalgam they put together. Also, things were changing in the world. Their influence here was aided by the fact that the economy was very good; there was research and development relating to the war [that led to] consumer goods, gadgets people could buy; there were GIs going back to school [and more educational opportunities].

There was the Greatest Generation and the next generation. It’s not that the baby boomers rejected the [values] of the guys who fought in World War II, [it’s that they said,] You fought for democracy and freedom overseas, but what about here? Young Beatles fans were asked to fight in a war—they weren’t old enough to vote, and they had the war hanging over their heads.

[The Beatles] were able to have the impact on young people that they had—it was a moment when life changed. Kennedy was shot 79 days before [the Beatles came to the United States]; there was a sense of loss, of [the] youthful optimism that was suddenly no more. With the Beatles, others have written about the historical significance of the events happening so close together. The Beatles lifted the national spirit, but it was more than that. They represented youth empowerment the same way Kennedy did….

Q: How would you describe the Beatles’ musical legacy?

They clicked with [producer] George Martin. They were curious, and they wanted to know how things worked, and he was there to help them do that. The music that came out of Abbey Road Studios is unparalleled. The caliber of the music is astounding, and the quantity of music in such a short amount of time, and they were constantly evolving. That’s what made them so compelling.

"I Want To Hold Your Hand," the early music, were fun, infectious pop songs. But they didn’t stand in one place. By the time "Help" came out, they had a completely different sound. Their body of work over the years is unparalleled.

Q: So were there any other musical groups at all comparable to the Beatles in terms of their impact?

A: The Rolling Stones through the 1960s had a huge fan base. The Stones are still performing, and playing great rock and roll. There are aspects of other bands that are similar. But what they are doing today is not that different from what they were doing 40 or 50 years ago, blues-driven rock and roll. It’s great music, but it didn’t evolve the same way.

There was Madonna, Michael Jackson, Nirvana, U2, performers who had a big impact and certainly left a significant mark, but the analogies break down. Other artists were not a constant presence…there are other innovative artists, but when you look at the phenomenon of the Beatles in totality, there’s nothing like it, and I don’t think there can be again.

A: I’d have to say John, although early on, in 1964, like many children, Ringo was my favorite—he was vulnerable and puppy-dog-like. But I would say I liked John most.

My favorite songs: Beatles fans [will often say] the last one I heard! There are a few songs on my short list, and there are a disproportionate number of George songs: "Think For Yourself," "If I Needed Someone," "Within You Without You."

"Things We Said Today" is an amazing song. "And Your Bird Can Sing." "Good Morning Good Morning." "I’m Only Sleeping"….

A: I’m beginning to think about another book—whether to explore the Beatles further, or whether I’ve said all I want to say. There are so many books about the Beatles, and I knew this was different from the other books. I don’t want to write another book about the Beatles just for the sake of doing it. I also have other interests. I’m a sociologist, and I love interviewing people.

A: I got a letter yesterday from a sixth-grader in California, written on loose-leaf paper in pencil, [and she] just loved the book! Her teacher knew she was a great Beatles fan, and gave it to her. My goal is to have the book be fun and validating for first-generation fans, but also for younger people.

You don’t have to be obsessed with the Beatles to enjoy this book—it has many different constituencies….The Beatles are the vehicle for telling the story, and if you’re a big Beatles fan, it’s a Beatles book, but it’s something more than that.