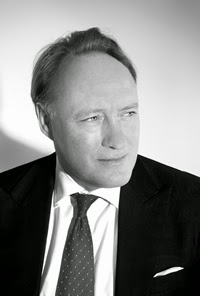 Andrew Roberts is the author of the new book Napoleon: A Life. His other books include The Storm of War, Masters and Commanders, Hitler and Churchill, Napoleon and Wellington, and Waterloo. He has written for The Wall Street Journal, and has presented a variety of documentaries. He is based in New York.

Q: Why did you decide to write a biography of Napoleon, and how would you say that your approach to his life differs from those of previous historians?

A: I have long been fascinated by him, but I felt that there wasn’t a really good single volume cradle-to-the-grave biography of him in English. My approach differed from most of the other British biographers in that I actually liked him as a man, whereas most of them think he was a proto-Hitler. 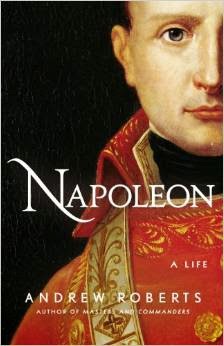 Q: Your research includes the use of recently published documents. What surprised you most as you read through them?

A: Well, firstly their size. Napoleon signed 33,000 letters in a life that was shorter than mine. Then their wonderful expressiveness; he could have been a writer if he hadn’t chosen the military profession. And thirdly his great ironical wit and excellent sense of humour.

Q: You state in the book, “An historian who doesn’t visit battlefields is akin to a detective who doesn’t bother to visit the scene of the crime.” How did your trips to 53 Napoleonic battlefields affect the writing of the book? 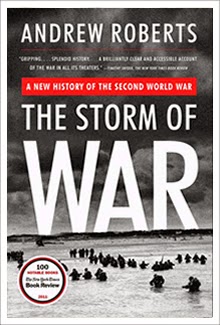 A: They gave me an immediate and powerful insight into Napoleon’s strategic genius. You see it immediately when you walk the battlefields in a way that is next to impossible to explain on contour maps.

Q: You write, “Napoleon’s love affair with Josephine has been presented all too often in plays, novels and movies as a Romeo and Juliet story; in fact, it was anything but.” How would you characterize their relationship?

A: She was unfaithful to him early on in their marriage, and when he found out two years later he embarked on the first of a series of 22 affairs with mistresses. Yet they had a pretty good, loving marriage for 10 years until he had to divorce her for reasons of state. 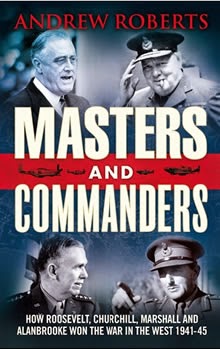 A: A book on the first day of the Somme Offensive in 1916; a single day on which some 20,000 British & British Commonwealth soldiers died.

A: Yes, my Napoleon book was last Tuesday awarded the Grand Prix of the Fondation Napoleon, at a grand ceremony in the British Embassy in Paris, where I was presented with a medal by the Princess Napoleon. It was a lovely end to the seven years I’ve worked on the book, longer than the time Napoleon spent in exile on the islands of St Helena and Elba combined!