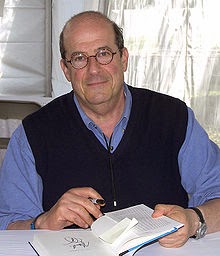 Jon Katz is the author of 26 books, including his most recent, Saving Simon: How a Rescue Donkey Taught Me the Meaning of Compassion. He has written for a variety of publications, including The New York Times and The Wall Street Journal, and he lives in upstate New York.

Q: How did Simon first come into your life?

A: As described in the book, Simon was brought to me by the New York State Police and animal control, which took him off of a farm upstate and arrested the farmer on charges of animal neglect and cruelty. I already had two donkeys, so I was a logical choice, and I agreed to take him in and help him heal.

Q: You write, “Simon made me see myself in a jarring, intensely emotional way.” How did you identify with him?

A: Simon seemed the ultimate outsider to me, neglected and alone; this is often how I felt when I was a child. I identified with that feeling. 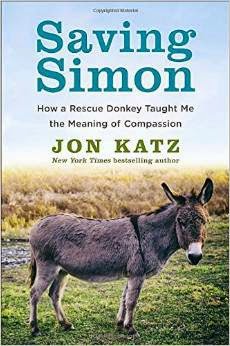 Q: Looking back over the centuries, what has been the relationship between humans and donkeys?

A: Donkeys and humans have worked and lived closely with one another for thousands of years; there are many references to donkeys in the New and Old testaments, in the Kabbalah, in great paintings and many works of literature.

Donkeys were the cars and tractors and trucks of the world, and in many countries still are. They are among the most celebrated and painted and represented animals on the earth. They helped people build the world, move goods, get from one place to another. We owe them a great deal; they are our partners in the world in so many ways.

Q: In the book, you ask the question, “Is compassion some ephemeral and unachievable goal for people, or is it really possible?” What do you think?

A: Compassion is possible, but difficult. We tend to be compassionate to people we like, not people we don't. Everybody loves leaders like Gandhi, Martin Luther King, the Dalai Lama. They all do or did preach compassion, yet you see very little of it in our world. Just look at the news. It is an achievable goal, but not an easy goal.

Q: How is Simon doing now?

A: Simon is doing wonderfully, he is healthy, alert and active, he loves attention and has many friends and admirers. He is never far from Lulu and Fanny; the three donkeys are inseparable.

A: I'm working on a book called "Talking To Animals," about my work over the past 15 years learning how to communicate with animals. Few of us live around animals any longer; we are losing a sense of what they are really like beyond creatures who need rescue, beyond furbabies.

We need a wiser and more mystical understanding of animals, and I hope to offer that in my next book, which deals with communicating through emotions, movement, food and visualizations.