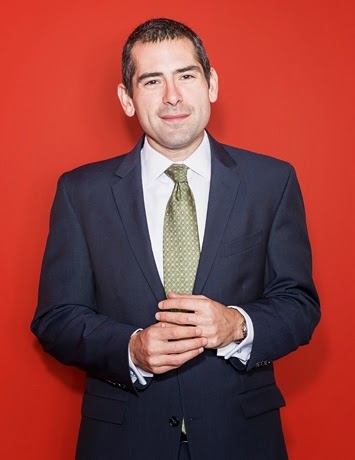 Yochi Dreazen is the author of the new book The Invisible Front: Love and Loss in an Era of Endless War, which focuses on a military family that lost two sons, one in combat and one to suicide. He is the managing editor for news for Foreign Policy, and a former Wall Street Journal reporter. He lives in Washington, D.C.

Q: How did you end up writing this book about the Graham family’s story?


A: I had gone to Colorado in 2009 to do a profile of them for The Wall Street Journal. I had spent close to four years reporting from Iraq and Afghanistan, and had made a huge number of military friends. A number would e-mail me about how they couldn’t sleep, how they were experiencing flashes of anger. I knew it was PTSD; they were resistant [to the idea]. A few were thinking of killing themselves, and that terrified me.


I began looking into military suicide. The numbers were beginning to spike. In 2009, the military rate surpassed the civilian rate; in the years since, it was even higher.


I [researched] this issue, and I kept hearing the name Mark Graham. He had lost two sons, one to suicide and one in Iraq. I [initially] thought it couldn’t possibly be true, a general who had lost two sons. I looked it up, and talked to a few people who knew him, and I thought it was the perfect way to tell a broader story.


It was one of the most moving interviews I’ve ever conducted. I did a long piece on him for the Journal, and we’ve stayed in touch. As Mark was getting ready to retire, we thought, now is the time to write [the book].

Q: What did Mark Graham and his wife, Carol, do to try to change the military's attitude toward mental health issues and PTSD?

A: When he got to Fort Carson, he was a two-star general, very powerful. It’s the most beautiful base in the country. But there was a dark undercurrent. A unit called the Lethal Warriors had 11 men who went on a murder spree. It was mass murder committed by a unit of returning soldiers. Also, the suicide rate at the base was among the highest in the country…


By the time he left, the suicide rate at Fort Carson had plummeted. [When he first arrived,] he summoned most of the officers to talk about his mission. He started talking about his sons and he began to cry. None of the officers had ever seen a general cry. Even that-- it’s OK to be emotional--was a huge step.


He put in place a hotline—if you’re having an issue, call this number. All the calls went to a single soldier, who would directly relay it to Mark. [For example,] a mother would call and say her son was about to kill himself, within hours he was in a safe psychiatric ward, and he survived and is doing OK.


Another thing [Graham] did, which was replicated [around] the country, was to sign off on a system--that every combat brigade had mental health staff who [consistently] spent time with the soldiers. Before, it would be a stranger: How could he possibly understand? But when you’ve seen the doctor for a year and a half, you trust them. This is somebody who has been to war. 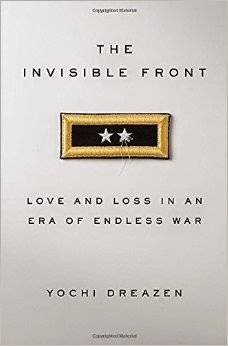 
A: Extensively before and after, and when the soldier was on leave. A smaller number would go to the war zone.


Q: How many veterans are affected by PTSD, and how have the numbers changed with the Afghanistan and Iraq conflicts compared with previous wars?


A: Some of the numbers are squishy; they weren’t tracked as closely. But the numbers are horrific. Looking at suicide, it’s above 2,700 suicides among the total number of troops from the Army, Marines, Air Force, and Navy since 2001. Some were never deployed, some had been. The number of soldiers who killed themselves dwarfed the number who died in Afghanistan. There are already more soldiers who died at their own hands than died in Afghanistan, and to my mind that is shocking.


With PTSD, this was a term created in the ‘80s, but the issue goes back as long as men picked up weapons against other men. In World War I it was shell shock, in World War II it was war fatigue. In Iraq and Afghanistan, the minimum number is that 300,000 troops have or are developing PTSD; it’s 500,000-600,000 at the higher range.


If you’re a vet and you’re walking through an airport and you have a prosthetic, everyone knows you’re a hero. But if you look physically fine, people can’t tell you were wounded. PTSD can just simmer along and then it flares up. A veteran from Vietnam, [for example,]in year 20, you have a break. Taking the number 400,000 [from Iraq and Afghanistan], 20 years from now you could find out it’s much higher.


Q: You’ve discussed your own experience with PTSD. How did you realize it was affecting you, and how did you treat it?


A: For me it was a difficult thing. I had come back from years abroad. I thought of myself as a tough person. I went out on combat patrols; I lived with the troops. I came back, and I would notice that I would have flashes of rage. Any noise, I’d wake up instantaneously. I had to sit at the far back [of a room] in case of an explosion. If I would hear a loud noise, I would duck. I would have nightmares that were horrifically violent.


I knew something was wrong, but I thought if I’d be tough again, it would go away. Friends, particularly military friends, began to notice. A friend, who was the best man at my wedding, said, You have PTSD; go talk to someone. I was diagnosed, and it took a bit longer to begin accepting that I needed therapy and medications.


This wasn’t abstract to me at all [as I worked on the book]. The term PTSD [was] still a bit loaded. A soldier would not use the phrase, but having lived it, I knew what he was talking about.


Q: How was the book’s title chosen?


A: I’ll give credit on the title—my agent helped craft it. Initially, it was called Kevin and Jeff: Love and Loss in an Era of Endless War; it had the same subtitle. [My agent’s] theory was that though this was about a family, it was a broader story. The wounds were invisible. The battlefront was invisible. It really does get you where you need to be [to understand] the book. There are wounds you cannot see. The invisibility is what makes the problem worse.


Q: What did the Grahams think of the book?


A: The Grahams are extraordinary people. They were involved at every stage. We did about 500 hours of interviews. They saw every draft. It’s not an “as told to” book, but they had the ability to read it. They opened themselves…they shared every intimate detail of their lives, of the most painful moments of their lives.


Q: Are you planning another book?


A: I would love to. I loved the experience of doing this. My editor at Crown cared about the issue; I have a fantastic editor…having a person who was so enthusiastic was crucial.


A: It’s obviously a serious topic. A person can hear about the story and think it’s an unreadably depressing book. It’s not. [The Grahams] have found a way of building a life that has meaning. They’re telling their story [in hopes of] helping other people. Mark and Carol have found happiness. Melanie [their surviving child] got married, and is working as a nurse, also helping other people. They have found purpose and meaning in what they do. It’s a sad, serious thing, but at the end it’s a story about love and finding purpose.

--Interview with Deborah Kalb. Yochi Dreazen will be participating in the Hyman S. and Freda Bernstein Jewish Literary Festival at the Washington DCJCC, which runs from October 19-29, 2014.
Posted by Deborah Kalb at 6:21 AM