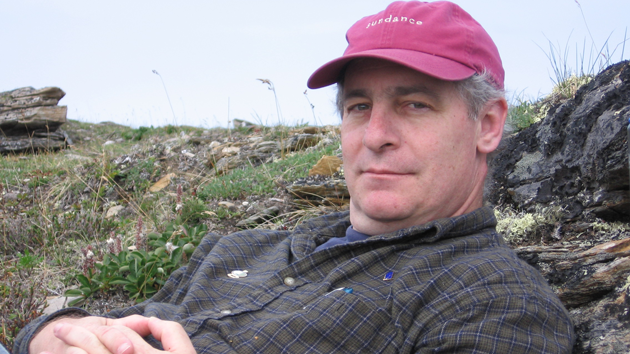 Martin Goldsmith is the author of the new book Alex's Wake: A Voyage of Betrayal and a Journey of Remembrance, which tells the story of his grandfather and uncle, who were passengers on the S.S. St. Louis in 1939; the ship's passengers, Jewish refugees from Nazi Germany, were refused entry in Cuba and the United States and were forced to return to Europe. Goldsmith is the host of Symphony Hall on Sirius XM Satellite Radio, and the author of a previous book, The Inextinguishable Symphony. He lives in Maryland.

Q: You write, "I've come to feel a great need to connect with that vanished generation, with those members of my family who were murdered a decade before I was born." What caused you to feel that need to learn more about your family members, particularly your grandfather and your uncle?

A: In general I think it’s probably no more complicated than a desire to have a larger family than the one I grew up with. When I was 7 or 8 years old, I knew the kids next door had grandparents, aunts and uncles, and I didn’t. I felt that absence for a long time.

About Alex and Helmut specifically, I think it’s probably because my father felt so guilty about not having saved his father and brother. In some mysterious way, I inherited some of that guilt.

I became aware of my father’s guilt and had the insane desire to save them. My father had failed to save them, and I felt like I was the catcher running up the first base line [to catch the ball]—I was the backstop. It somehow fell to me. That’s one reason I undertook the journey.

Q: Your parents spoke very little about the Holocaust as you were growing up, and your father chose not to identify with Judaism. At what point did you learn more about your family's history? 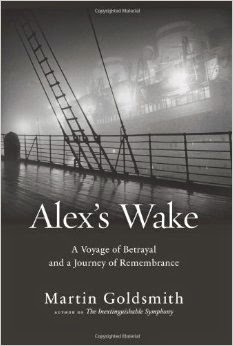 A: It was a subject that never really came up. My brother and I were not discouraged from taking about it, but we knew that it was not a topic that was the subject of conversation. These were subjects that didn’t exist.

As I grew older, I began to ask more questions. After my mother died in 1984, it became more important. … When I met my wife, she began asking questions. In my early 40s, I began doing research.

Q: What do you see as President Roosevelt's role in the S.S. St. Louis tragedy, during which a group of Jewish refugees, including your grandfather and uncle, were refused admission into the United States (and Cuba) and were sent back to Europe?

A: On one hand, a president can only get so much done without an agreeable Congress. There was the 1924 immigration act that held quotas for immigration. To a certain extent, that had to be followed.

But there were roughly 25,000 German citizens allowed to emigrate to the United States [each year], and for the most part, those numbers were never really approached, so more could have been done to speed up immigration from Germany. Roosevelt and the State Department could have done more.

It’s also true that the country as a whole was fairly anti-Semitic at the time, so it’s perhaps understandable that President Roosevelt, with his third attempt [to run for the presidency underway], didn’t want to get too far ahead of the country where Jewish immigration was concerned.

He could have issued an executive order. [But] he didn’t know for certain what was over the horizon. As terrible as the situation was in 1938-1939, and Kristallnacht was front-page news in the United States, nevertheless the depth of the horror of the Holocaust was unimaginable in 1939. It’s understandable that Roosevelt didn’t feel the urgency we feel in retrospect. 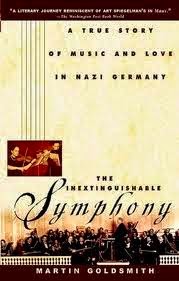 He was amenable to the deal the American Jewish Joint Distribution Committee worked out. I would imagine that 75 years ago, on June 9, 1939, as the ship was sailing back to Europe, Roosevelt, to the extent that he concerned himself with this, would have thought at least they’re not going back to Germany. I wish he had done more. I understand why he didn’t.

Q: As you retraced the steps of your grandfather and uncle, what did you learn that particularly surprised you, and how difficult was it for you personally to write about their lives and deaths?

A: I learned all manner of things, both that you can quantify—specific days and dates when they were in particular camps in France, [the date they were sent] to Auschwitz—and I also learned a huge amount of “atmospherics”—standing in the now-forlorn, overgrown ruins [where they had been kept prisoner in France] it was more possible for me to imagine what their lives were like.

The journey itself was a sort of schizophrenic journey. Simultaneously, my wife and I were able to enjoy the pleasures of traveling in France—some parts were in Germany and Poland, but largely in France—it was beautiful weather, we were in nice accommodations, we ate wonderful French food.

On the one hand, it was a marvelous European excursion. But every day we experienced, at a huge remove, their experiences in these places, where they were held against their will. It was equal measures exhilaration and pleasure, and sorrow.

The experience of gathering material contained a wide emotional range, and the writing reflected it. Discovering something new about Alex and Helmut was very exciting; I had never met them, and I met people who had been in the same room with them—it was thrilling…but very sad as well.

Q: What has the reaction been to your book?

A: Among those who have read it, the reaction has been terrific. I do wish that there would be more reviews of it published … I’m particularly disappointed that The Washington Post has so far not given the book a review.  But there’s still time!

A: No, I’m doing my best to promote this one.

A: No book will resonate with everybody, and for Alex’s Wake, certainly a niche audience would be interested, but it does speak to the history of those times, including something that is not well known in this country—the wide array of French camps. People know the names of [the German camps, but not the French ones]. I like to think that this book would correct that.

And the book would resonate with the second generation, the children of Holocaust survivors, who grew up as I did, in silent households where the word “Holocaust” was concerned. People who grew up with all this silence—the book speaks to that.

--Interview with Deborah Kalb. Martin Goldsmith will be participating in the Hyman S. and Freda Bernstein Jewish Literary Festival, which runs through Oct. 29, 2014, at the Washington DCJCC. For an earlier version of this Q&A, please click here.