Helen Wan is the author of the novel The Partner Track, now available in paperback. She worked as a corporate and media lawyer, most recently for Time Inc., and she speaks frequently on women in the workplace. She is based in Brooklyn.

Q: How did you come up with the idea for The Partner Track and your main character, Ingrid Yung?

A: I came up with the idea as a young law grad who’d just landed at my first job at a big corporate firm. I might as well have landed on the moon. I simply hadn’t come armed for that rarefied, elite corporate culture with its unique set of unwritten rules.

I wish I’d known then what I know now – that I wasn’t the only one who felt that way, that actually, many of us arrive in corporate America vaguely suspecting that we were out sick the day they passed out the decoder rings.

I went out in search of a realistic book about how a young woman could succeed on the corporate ladder while being true to her “authentic” self. But I couldn’t find any books that spoke to me. I could not find any credible contemporary stories out there about women or minorities (let alone a young woman of color) tackling the crazy dynamics and politics of the corporate ladder.

So, finding none, I decided to write that book myself. It only took me 12 years! Truly, it was a labor of love. I’m so grateful for all the things that have happened since my book’s publication. And believe me, I don’t take a single one of them for granted. I still feel like Cinderella at the ball.

Q: Diversity in the workplace is a major issue in the book, and you've spent a great deal of time recently speaking at corporations, law firms, universities, and elsewhere about workplace inclusion. What are some of the topics you stress in your talks?

A: I’m frequently asked what concrete steps we can take to improve the numbers of women and minorities who advance to senior leadership positions. Basically, what can we do to improve their experience such that talented folks will stick around? A few examples of ideas I mention in my talks:

• SPONSORS AND MENTORS.  Substantive trainings should start at very junior levels on how to identify and cultivate real relationships with mentors and sponsors both in and outside the company, and then there needs to be actual access to senior leadership to allow this kind of meaningful relationship-building to happen.

• TONE-SETTING. No progress is made unless the right tone is set at the top. If the C-suite sends a loud message that diversity and inclusion is an actual and important business objective, change will happen. 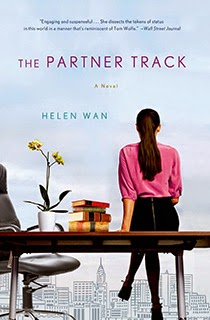 • MEASUREMENT.  What gets measured gets done. Some companies are smartly tying managers’ compensation to actual metrics on how well they do developing the careers of women and minorities on their team. It’s not rocket science: the people in a position to do something about increasing diversity need to have more skin in the game.

At the same time, it’s very much a two-way street. The onus is not just on the employers. So, in my author talks, I also stress what young lawyers can and should be doing on our own behalf.

We need to take more risks. Raise our hands. If there’s something we want – a promotion, an assignment, an international rotation, a secondment – we need to speak up and ask for it. Bosses aren’t mind readers, after all. Taking control of, and responsibility for, our own career paths is a critically important skill, yet it’s astounding how little this is stressed in school.

Q: What impact has the book had, and did you expect that when you started out?

A: Maybe the best way to answer this is to tell you about two moments that have really meant the world to me. One was when a third-year law student – a young African American woman who had just completed her summer associateship at a top national law firm a lot like Parsons Valentine – thanked me for writing The Partner Track, and told me that she only wishes she’d found the book at the beginning of her internship, rather than at the end, because it would have made her feel “so much less alone.”

Well, given the personal reasons I wrote the book in the first place (and the fact that I’m a ridiculous softie – I’ve cried at McDonald’s commercials), my eyes actually filled when she told me this.

And the second moment that stands out: a group of young women told me that they overhear my characters’ names being used as shorthand around the office (“That guy’s a total Murph”). Which made me burst out laughing.

But the happiest thing about the book’s reception or “impact” has been the fact that schools and employers are now using it as a springboard for robust, real conversation about issues of diversity and inclusion. That has made the 12 long years of labor worthwhile!

Q: Did you know the book's ending before you began writing it, or did you change things around as you wrote?

A: Ha. I definitely did NOT know this novel’s ending as I was writing it! Everything changed around as I wrote and rewrote, then rewrote again.

So many first-time authors – and I am no exception – know exactly what the themes are that we want to write about. I wanted to chronicle the experience of being an outsider in a work context where it’s very, very important to be on the inside.

But ask that same writer, well, what’s the story, precisely? What happens? That was by far the hardest part to figure out. I went through SO many drafts and redrafts of this manuscript over the course of 12 years.

Finally, one day, years after I’d first started writing it, my scientist husband was reading over a scene, and he pointed at a line of dialogue. “Right here. Seems to me this is what the book’s really about,” he said.

I looked at the page and realized he was right. I completely revamped the plot from there. Just jettisoned about half my draft, which was painful. (It is painful to kill your darlings!) But now I had my plot. The story had been lurking there all along; what I’d needed was to locate that single loose thread. And then I just pulled.

A: I’m at work on my second novel. It’s so much fun inventing a whole new set of characters again! So while the book I’m writing now isn’t a sequel to The Partner Track, I think it’s a deeper dive into familiar themes: women’s complicated relationship with ambition, how race and sex and class and family histories and cultural upbringings affect how we define success for ourselves, and how all of these things affect our pursuit of happiness.

Also, while there is one character who happens to be a lawyer, the story takes place in a decidedly different setting.

I’m also continuing to speak at companies, schools, and leadership conferences about these themes, and about how we can create more fulfilling, meaningful work lives for ourselves.

It’s been quite a crazy roller coaster ride of a year (I also have a little toddler at home, so it’s been hard being on the road), but it’s also been an amazing privilege to meet so many enthusiastic readers all over the country, and to wake up each morning and go to work doing something I really, really love. I think that’s one of the greatest privileges of all – to love what you do.