Sarah Wildman is the author of the book Paper Love: Searching for the Girl My Grandfather Left Behind. Her writing has appeared in a variety of publications, including The New York Times, Slate, and The New Yorker. She lives in Washington, D.C.

A: Paper Love isn't actually a family memoir - it's a search story, a love story, an investigation into family myth and memory. I found a folded note - of the kind we all used to pass in the pre-texting era - in each quadrant was a “selfie” of the 1930s, a photograph of a girl, and under each was a caption - she wanted my grandfather to write to her. It was dated 1939.

In many ways I have always seen myself - as so many of us do - as an accidental American, here on these shores because of the apocalypse of the 20th century and the (often super daring!) choices my grandfather made as the Nazis took over Vienna, Austria, where my family lived then. That history has been a part of my consciousness forever, since I learned my name.

Filling out the details of his story, writing through the holes he purposefully left in his narrative, then was really about understanding who I am, and how to explain who we are to my children. Here's what I knew: My grandfather had had a lover he left behind when he fled Vienna. Discovering that was both painful and tantalizing. I wanted to know more. 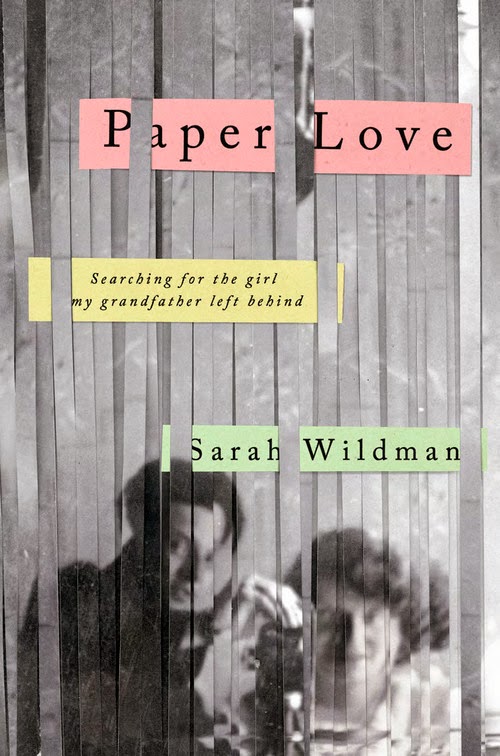 What had happened to her? Where did she go? And why didn't she go with him? These questions came up for me immediately. Her letters offer a lot of information - the places she wrote from, the many places she lived, and where she worked - but they were also censored so to fully understand what was happening, I needed to match up her letters with the restrictions Jews were under in the Reich, and to find the material the state had kept on her.

I had never really considered what his world had looked like, before he fled. This book opened that up for me, completely. Who were the people he went to school with? What happened to them? It was an incredibly modern world. It was an extraordinary situation, but it felt very relatable. What happens when everyone you've ever known has scattered, or dies?

What I discovered in the archives, and through these letters, was that he had nothing under control when he arrived on these shores. That he was so poor his mother was selling the last pieces of jewelry she owned. That he nearly failed.

A: I work on stories on the intersection of culture and politics, history and memory  - stories that speak to identity, and who we are now, and how we got here.

My hope was by telling, as fully as I could, the story of one small group of people, I could do something to un-erase them from history. It's not a word! I know! but it was really that - to take this one, normal, incredibly intelligent woman, to let her really be heard, to allow her to have a bit of a voice in history, to show you how incredibly important she became to me.

--Interview with Deborah Kalb. Sarah Wildman will be participating in the Hyman S. and Freda Bernstein Jewish Literary Festival, which runs from October 19-29, 2014 at the Washington DCJCC.