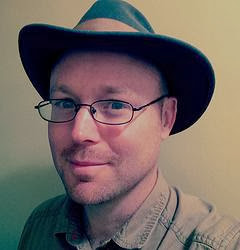 Wil S. Hylton is the author of the new book Vanished: The Sixty-Year Search for the Missing Men of World War II. He is a contributing writer to The New York Times Magazine, and he lives in Baltimore.

Q: How did you end up writing this book, and why had so little been known about these missing men?

A: I was embedded as a journalist with the military unit that recovers missing soldiers, and without much explanation they took me out to this huge steel barge in the middle of the Pacific Ocean.

The deck was crawling with Navy divers and scientists and archaeologists, and it was clear that they were absolutely fixated on something at the bottom of the ocean.

The divers kept going down in pairs and coming up with baskets full of mangled metal. But it was all very hush hush. No one would tell me exactly what was down there or how they'd come upon it.

Over the next couple weeks, I learned that it was part of a World War II bomber, and the more I learned, the more I realized that even they didn't know very much about it.

The plane had been shrouded in mystery for 65 years since it vanished from the sky on a mission. They knew that some of the crew escaped, but everything beyond that was rumor.

A: It's been painful, but also eye-opening, to realize how much pain still haunts World War II families, especially the families of the missing. 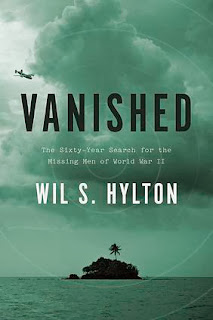 You know, we glorify the "greatest generation" and to some extent I think that's fair. They lifted us from the Depression, defeated a terrible enemy, and built the economic foundation that sustained us for decades to come.

But what gets lost in all that, I think, is the emotional sacrifice and trauma they endured. This whole generation of kids was raised in poverty and then asked to go off and fight and die, and to watch their husbands and their brothers and their close friends die. I mean, the casualty figures are staggering.

And many of those who came back were deeply wounded, physically and otherwise. You get a sense of this in the writing of Sledge and Leckie and Sherrod. From the beaches of Normandy to Tarawa, many of these guys did and saw things they had trouble processing. And back home, the families of the missing spent decades struggling with a wound that wouldn't heal.

So I think if we really want to honor what this generation accomplished, we can begin by remembering what they lost. All of them, every single one, sacrificed in their way.

Q: How did the people you interviewed respond to the book?

A: So many of the people in this story were familiar with their own part but unfamiliar with many of the others, and I keep hearing from them that the book helps fill in gaps they never understood. That really means the world to me.

One of my real hopes going into this was to show, in narrative form, how the loss of a single airplane can touch and gather so many lives, even across distance and time. If the book can do that even for the people who were there, it's something I really treasure.

Q: How did you come up with the narrative structure for the book, with alternating sections describing the airmen and the searchers?

A: I thought it was important to try and bring these airmen to life on the page. The reader needed to feel their presence so that their eventual absence would hold personal meaning. So I made a decision early on to aim for parity between the story of the search and the story of the missing.

Over time it became clear that the story of the search was actually two stories. It was about the slow collision of twin obsessions, as Emery and Scannon crept inexorably toward the other while following his own muse.

That left me with three vectors converging through the book. I spent months trying to develop an architecture for the story that would make it possible to do that. It was an added challenge, but I thought it was important for the story to suggest this gathering of discrete forces even at a structural level.

A: I'm working on reading! A lot of my friends have published books in the last six or eight months, and I've just been too busy to sit down and enjoy them. I'm hoping to spend the next month or two with my nose buried in the page.

But come about the first of the year, I'd like to put everything down, grab a tall glass of whiskey and my best pipe, and maybe build a bonfire or something while I ponder the next book.