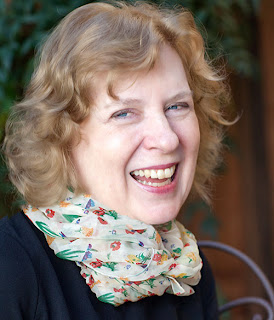 Harriet Scott Chessman is the author of the new novel The Beauty of Ordinary Things. Her other books include Someone Not Really Her Mother, Lydia Cassatt Reading the Morning Paper, and Ohio Angels. She lives in the San Francisco Bay area.

Q: Why did you decide to make one of your main characters a Vietnam veteran?

A: Benny Finn came to me from the start as someone who had suffered -- someone who had great sensitivity, and who couldn't shut out his suffering, or that of people around him. I also knew, from the first, that he was the oldest child in a large Irish Catholic family, in a suburb of Boston, in the early 1970s.

Having been a college student myself in 1968-72, I will never forget the centrality of the Vietnam War in all our lives then. The draft was an ever-present reality, quite frightening, as were the images and news stories coming out of Vietnam each day.

Pretty soon in my writing about Benny, I realized that this character's sense of suffering and despair could arise in part out of his experience as a soldier in that incredibly difficult War.

Q: How did you choose the title, The Beauty of Ordinary Things?

A: This may sound ridiculous, but I first discovered this phrase in a Chinese restaurant's fortune cookie: "You appreciate the beauty of ordinary things." (!!) I loved that! and held onto that little white piece of paper, and the idea of ordinary things as shining with an inherent beauty, for a long time.

The first title I chose, seven years ago, was actually Benny Finn Writes to God, yet once I started adding in additional voices (at first, my character Isabel's, and then Sister Clare's), I wasn't sure this title fit 100%. 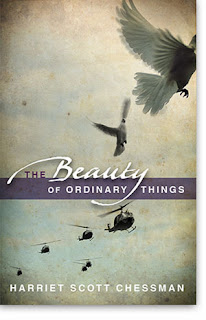 The letter Benny writes to Sister Clare, about how ordinary things help him stay in the world, inspired me to choose The Beauty of Ordinary Things as my new title.

I felt confirmed in this choice when I came upon the concept of "Ordinary Time," in the Catholic liturgical calendar. Benny and Sister Clare tell their stories over the course of the summer of 1974, primarily in Ordinary Time (from the Monday after Pentecost to the Saturday before the First Sunday of Advent).

I also discovered that Thomas Merton has written powerfully about the importance of remaining open to the sacred within each moment and object and person. In No Man Is An Island, he writes about "the value and the beauty in ordinary things." I have yet to study Merton's work, and hope to do this soon!

In a larger sense, I wanted to write a book that honored the ordinary and the modest. Like Benny, I wanted to do what I could to tell the truth, without bells or whistles.

I felt that it was only in that effort that I would be able to come anywhere near the hem of the garment of the sacred. The sacred is IN the ordinary -- this is something I deeply believe. Yet I don't think it can be written about easily or directly -- at least, I couldn't figure out how to do this.

By focusing on my characters and their choices, the daily nature of their lives, I hoped to gesture toward something sacred, something deeper, threading through. 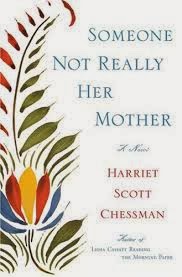 Q: What do you see as the role of Sister Clare's convent, and what impact does it have on the various characters?

A: I think this story depends on Our Lady of the Meadow, the Benedictine Abbey I imagine here. I didn't realize this in earlier versions of the novel; it was something I gradually came to understand.

For Benny Finn, as for Isabel Howell (the young woman with whom Benny falls in love -- his younger brother Liam's girlfriend), the Abbey is a place of stability and growth. As Benedictines, the members of this Community vow stability (literally, to remain in place), conversatio morum (to change one's ways, and also to be constantly open to change), and obedience.

In the chaotic, brutal experience of war, and even in the difficulty and chaos of ordinary life, Benny especially is missing all of these elements. He is missing the sense of this world -- our world -- as filled with significance, love, and meaning. His family is loving, of course, yet I felt it to be important that he find a new place where he could at last, in a sense, lie down and weep, just totally let it all go, before he could start to rise up again and get to work at the business of living, within a new framework.

Sister Clare offers him a model of a life focused on something greater than oneself -- something that requires devotion, labor, and grace. Accepting a form (the hours of the office, the Benedictine Rule) helps her rise out of the confines of her own self, as she strives to live with greater freedom.

It's a paradox, I know, but I do believe this can happen -- to accept a kind of architecture to one's life, a sense of parameters, and to dedicate yourself to this form of life, can actually free you and open you to growth. I feel that, in my own life, writing has been like an Abbey.

A: Our Lady of the Meadow, in my novel, is inspired by a wonderful Community I have known for thirty-five years: The Abbey of Regina Laudis, in Bethelehem, Connecticut. A beloved friend, Mother Lucia Kuppens, O.S.B., entered this Abbey in 1979, after gaining her PhD in English with me at Yale University, and I have always honored and been amazed by her choice.

In a sense, I think I wrote this novel toward her, trying to understand at least some fraction of her life. She is one of the kindest, wisest, and most compassionate people I have ever known, and also one of the most modest, private, and contemplative. Through her I came to know many of the vibrant nuns in this Abbey.

Like my character Isabel, I have often picked apples or gooseberries, beans or potatoes; I've had the chance to walk through the pastures to greet the cows; I've listened to the Gregorian chant and heard the prayers and homilies; I've celebrated magnificent occasions and anniversaries; I've tasted delicious Abbey meals.

Still, I have been woefully aware of my ignorance.  I grew up Baptist, not Catholic, and I did have to do quite a bit of research into both Catholicism and Benedictine life.

I also read books and essays about the Vietnam War.  One of the books that has meant the most to me is Tim O'Brien's TheThings They Carried.

A: I am actually writing the libretto for an opera being composed by my friend Jonathan Berger, a magnificent composer who teaches at Stanford University.

This opera, in Jonathan's vision, is about Hugh Thompson, the helicopter pilot who intervened in the massacre at My Lai on the morning of March 16, 1968. It has been fascinating and thrilling to have the chance to work with Jonathan in this quite different form.

Hugh Thompson was an extraordinary person -- heroic in the way he courageously and passionately followed his heart and conscience that day, not the orders of his superiors -- and it's a great joy to be able to contribute to a work in his honor.

I also have short stories in the works, and I may go back to wrestling with a novel, located in 19th century New Orleans.

A: I feel incredibly lucky to have the chance to write, and even luckier to have found a publisher -- Mark Cunningham of Atelier26 Books -- willing and eager to accept a novel this compact and literary, within such a daunting publishing climate.

Mark is a publisher with great vision and humanity. I would love to see the rest of the book world follow his lead, as he focuses on genuinely literary work, in beautiful editions (real paper and gorgeous design!). He is devoted to independent bookstores, and has created an inspiring website honoring literature and these special indies, so important to our cultural life.

I hope your readers will enjoy looking into this beautiful website of Atelier26 Books. For more information about my writing, readers are also welcome to look into my own website. I am also on Facebook, and welcome fellow readers and writers.