Molly Haskell is the author of the new book My Brother My Sister: Story of a Transformation, which recounts the story of her brother's decision to become a woman. Haskell's other books include From Reverence to Rape: The Treatment of Women in the Movies, and Love and Other Infectious Diseases: A Memoir. Her writing, including her noted film criticism, has appeared in publications including The Village Voice, New York Magazine, and Vogue. She is based in New York.

Q: How difficult was it to write this book, and did your feelings about Chevey/Ellen's decision change as you worked on it?

A: It was very difficult, writing about a family member and on a subject so personal, worrying about the ex-wives—all of those concerns that most memoir writers have (and have to somewhat suppress) about hurting those close to them, but in spades.

I think of it almost as “our” book, as I’d never have done it without Ellen’s approval and involvement.  It was still a very difficult balancing act; sometimes I felt I was bending so far backwards to be fair I was going to get a spinal injury! And yet I ploughed on, determined somehow to bring some light to the subject, and ultimately to de-weird it, in a manner of speaking. 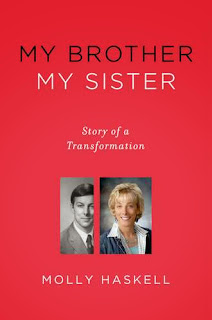 Q: You've spent many years writing about the role of women. How do you think that background affected your work on this book?

A: Thinking about and analyzing men’s and women’s roles, primarily in movies but in life as well, is so much who I am, that it enters every aspect of my life and work.

Naturally for all my liberal and egalitarian attitudes, protesting society’s overly rigid approach to gender, the actual transition of a man into a woman wasn’t quite what I had in mind.  I had to struggle with many aspects of it, like the (necessary) emphasis on femininity, appearance.

Q: At various points in the book, you mention Virginia Woolf's novel Orlando. What do you see as the connections between Orlando and Ellen?

A: On the one hand, the resemblance is symbolic inasmuch as one character is fictional, the other a living, breathing person. 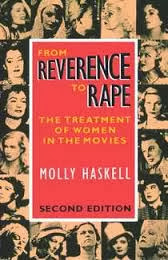 On the other hand, I came to appreciate, long after I’d thought of the Orlando analogy, how much Ellen did resemble her novelistic forebear.

For one thing, unlike a great many transsexuals, she cherishes the male she once was as much as the female she is now.  The man keeps peeping out: we were watching (I use the term loosely in my own case) a violent and bloody action movie, filled with soldiers and planes.  I left the room or closed my eyes most of the time. She not only stayed with it to the end, but would explain to me with guy expertise which planes belonged to the enemy and which to the good guys.

Yet, she is extremely feminine in her looks, very empathetic, kind and intuitive in ways that seem female.

Q: Ellen decides she'd like you to write about her experiences to help others in a similar situation. What reactions have you received since the book was published? How have your sisters-in-law reacted?

A: It’s been quite varied, or I should say it’s fallen between two extremes.  I think most people are extremely resistant to the subject, understandably. I anticipated this. 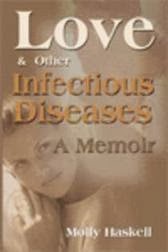 For the general population, transsexualism is simply beyond the pale, baffling, disturbing, threatening (especially to men). But then there’s the transgender community which says “no big deal.”

I’d do a radio interview with someone in Missouri, and the host had barely heard of a transsexual, much less had to deal with one.  And then I’d talk to someone in Boulder, and they’d say, Why were you so upset?  As that might suggest, I’ve been attacked for various breaches of political correctness.
The first wife accepted the book, but the second has, unfortunately, been very upset.  I am extremely sorry about this, and hope she can get past the worst of her distress.

A: A short biography of Steven Spielberg for Yale University Press’s Jewish series.

A: I’m very glad to be back in the relatively impersonal world of film!