Peter Fortunato's most recent book is Late Morning: New and Selected Poems. His other work includes Letters to Tiohero and A Bell or a Hook. He has taught at Cornell University and Ithaca College, and in addition to his poetry, he also is a visual artist and a hypnotherapist. He lives in Ithaca, N.Y.

Q: Your new collection, Late Morning, includes poems from various phases of your career. How do you think your writing has changed over the years, and how has it remained the same?

A: What I sought to do in selecting the poems for Late Morning was to identify for myself and my readers the continuity of certain themes that I had sounded over the years in my work right up until the present moment.

Sometimes I was discovering for myself just what those themes and interests and styles of utterance were as I read the poems aloud to myself. For example, I have always been interested in manual labor and various crafts, like carpentry and gardening, and also the work of personal transformation, the inner life of spirituality.

In the book, one metaphor for this sort of transformational art is alchemy, a subject I've been interested in for many years, both in the Western and Eastern traditions.

The changes you ask about are reflected in what I might call the modulations of my voice across time and across specific poems.

With years of experience, I have found I now have much more freedom to express myself, as well as access to a greater range of subject matter and tones of voice in addressing it.

The poem "In Other Words" is I think a good example of what I'm talking about:  ostensibly it's about Sir Isaac Newton's experiments with alchemy, but it's also about the madness of "the modern nation state's/ enthrallment to the daily price of oil; " I think the tone is ironic, slightly humorous, and yet the poem also addresses the actual intention of the Great Work to illuminate the practitioner.

Q: Your wife, Mary Gilliland, is also a poet. Do you work closely together, or not? 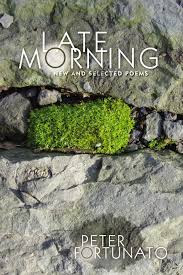 A: For two people who are so different in so many ways, it's remarkable to me how closely we work together on all sorts of projects! With regard to poetry, Mary is my best reader and usually my first reader. As well as being a poet, she was a writing teacher for many years at Cornell, and her editorial observations are invaluable to me.  I hope my responses to her writing are equally as perceptive and productive.

Q: Your work includes a Buddhist spiritual component as well as a focus on nature. Why have those themes been important to you?

A: My interest in Buddhism originally developed as a result of my study of the English Romantic poets during my undergraduate years.  This has been my life's journey, and so it's not easy to say at this stage "why" these themes are so important to me.

Blake, Wordsworth, Coleridge, and Shelley led me directly to an independent spiritual life by refocusing my interest in Nature. Walt Whitman did more of that for me, and at about the same time as I read him, I saw in the poetry of Allen Ginsberg the continuation of Whitman's version of American Transcendentalism, our culture's take on European Romanticism.

Soon enough, I encountered the poetry of Gary Snyder, and met the man, and sent him my poems; eventually I became his poetry apprentice (both Mary and I were), and lived with him and his family in the foothills of the Northern Sierra Mountains in California doing carpentry and practicing Zen. Some of the first poems in Late Morning harken directly back to those California years.

I had grown up as a country boy in New York State and was always around horses; I had been a devout Italian American Roman Catholic, a good boy, a good student, and I brought that with me, even as I believed I was leaving it all behind to embark on my journey with poetry.

Soon my spiritual ports of call included India, China, Japan, and Tibet -- with these cultures, especially through their visual art, music, dance and literature, I encountered ideas similar to those of the Romantics.

I settled on Zen Buddhism as the most elegant way of practicing something like a Nature-centric spirituality, and I trained very intently in that tradition.

Now, for the past twenty years, I've been practicing in a Tibetan tradition that is somewhat similar to Zen. The types of Buddhism I'm most interested in talk about our "Real Nature" or our "Original Nature" or "The Natural Great Perfection" as means to point to something innate or natural in all beings, something unnameable actually, but experiential beyond categories such as "culture" or "spirituality."

At a more relative level, in my life and in my poetry, I try to integrate with Buddhism's five elements of the natural world -- earth, air, fire, water and space. 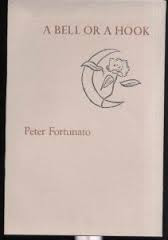 Q: You also have had a counseling practice that includes hypnotherapy. Do you see any connection between that work and your work as a poet?

A: Besides being an artist, I see myself as an educator and healer: someone who helps others to learn how their own minds work and to identify what resources they have available to them to become whole or "healed."

Among my skill sets are hypnosis and hypnotherapy. These and other modalities I practice are expressions of my wish to help others; my use of language and the cadences of the speech I use to induce hypnotic trance, as well as my reliance on metaphor to make therapeutic suggestions, are undoubtedly related to my skills as a poet.

A: I've been writing a lot of new poetry since the book came out. And my visual art has very recently taken center stage, with my first large-scale solo show currently on display in Ithaca at the famous Moosewood Restaurant.

A: The great American poet and physician William Carlos Williams said, "It is difficult to get the news from poems, yet men die miserably every day for lack of what is found there. Hear me out, for I too am concerned and every man who wants to die at peace in his bed besides."

One thing that has impressed me over the past couple of months since Late Morning came out and I began to give readings and promote it in various ways, is that the general public has quite a bit of confusion about what purposes poetry can serve.

Some people seem to think it's simply "self-expression," and to believe that "anything is a poem if you say it is," and that  "poetry means whatever you think it means." Others seem to believe that poetry is "childish," or a "waste of time."

Meanwhile, the brutality of contemporary life literally threatens to destroy us and our beautiful planet at any moment, and many readily confess that they feel helpless and hopeless before such ugly power.

I can't claim that poetry is the remedy for all these feelings of deprivation and despair, yet I do maintain that it can help to open our hearts and minds and to connect us with our unlimited inner nature: in this respect, it is a form of "medicine." This is the most important reason why I continue to write and publish poems.