Cathryn Prince's most recent book is Death in the Baltic: The World War II Sinking of the Wilhelm Gustloff. She also has written A Professor, a President, and a Meteor: The Birth of American Science, Burn the Town and Sack the Banks: Confederates Attack Vermont!, and Shot from the Sky: American POWs in Switzerland. She has been a Christian Science Monitor correspondent in Switzerland and New York.

Q: How did you discover the story of the Wilhelm Gustloff, and what type of research did you conduct to write the book?

A: Several years ago, my father told me about a German ship sunk at the end of WW2. He didn’t know much about it, only that it was incredibly devastating. 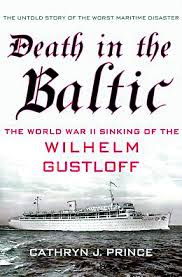 I wanted to focus on the people and for that I knew I’d need to interview survivors.  The first survivor I found was Horst Woit, who lives three hours north of Toronto. He was a 10-year-old boy at the time of the sinking. I traveled to Canada to meet Horst. I spent a few days with Horst, but I knew after the first hour of our visit that Horst’s story and those of other survivors had to be told. Horst gave me the names of some of the other survivors and I went from there.
I also did research in the U.S. National Archives and Records Administration, the U.S. Holocaust Memorial Museum and the German Federal Archives.
Q: One of your earlier books, Shot From the Sky, also deals with the World War II period. How did you come to write that book?

A: I was living in Switzerland with my husband, working as a correspondent for The Christian Science Monitor. I was covering the United Nations, Parliament, and general feature stories. My father told me about a patient of his who had been interned in Switzerland during the war along with more than 1,500 other American airmen.
I asked one of my contacts at the Military Archives about it; he introduced me to the son of the one of the doctors who took care of the Americans. From there the story grew. Like Death in the Baltic it was a story where I did a lot of interviews and also spent a lot of time in archives – both the Swiss Federal Archives and U.S. National Archives.
Q: You also have written about the Civil War. What interests you in writing about wartime?

A: My father served as a captain in the United States Air Force. He was stationed in New Mexico during the Cuban Missile Crisis. He then volunteered to go to Vietnam where, among other things, he helped train South Vietnamese flight surgeons. 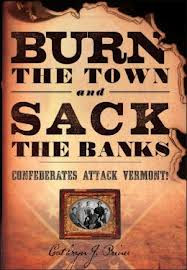 When I was young I used to flip through my father’s wartime albums. I was drawn to the black and white photographs of him on a hot tarmac in Nha Trang and him getting stitched up after a jeep accident. There were horrible photos too, of people after bombings and a monk’s self-immolation. But there were also photos of a more carefree nature: of my dad with a monkey perched on his shoulder and of laughing children on a beach somewhere near Da Nang.
All of this got me interested in not just the strategy, tactics and politics of war – but what civilians and soldiers endured on the most basic level. I’m interested in war as a time of transformation – for individuals and society. I am interested in not only how combat veterans deal with the trauma of war, but those who suffered in suffered in German concentration camps, Soviet gulags and Japanese POW camps, or the killing fields of Cambodia. War shapes so much of who we are as a nation, and a world.

Q: Another of your books focuses on Benjamin Silliman, whom you credit with transforming American science. Why did you decide to write about him?

A: I started out thinking I’d write about the 1807 Weston meteorite, the first recorded meteorite in the United States. I wrote a piece for The Christian Science Monitor about the 200th anniversary of the fall. Yet, the more I researched the more I realized the heart of the story was Silliman. He and his work told the story of how the United States transformed itself into a cultural and scientific powerhouse. 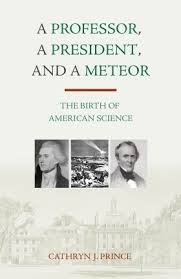 Silliman became a leading advocate of science in early 19th-century America and inspired many people, from ordinary citizens to scholars, to explore their surroundings.

A: I’m looking into a couple of things, including the Battle of Brooklyn and a famous – but largely forgotten – figure that dominated the late 1920s and 1930s.  The latter is really in its nascent stages so I can’t say more.

Q: Anything else we should know?
A: I’m an eclectic reader. You’ll catch me reading both a Vince Flynn thriller and Martha Gellhorn’s books. I like Alan Furst and Jane Austen. I like nonfiction history and I like graphic novels.