Author and artist Jonathan Santlofer is the editor of the new collection The Marijuana Chronicles. He also has written five novels, including The Death Artist and Anatomy of Fear; he is the co-editor of the anthology The Dark End of the Street and the editor of LA NOIRE: The Collected Stories; and he is the director of the Crime Fiction Academy in New York.

Q: How did The Marijuana Chronicles come about, and how did you determine which authors to include in the collection?

A: That’s a two-part question, Deborah. The first part is easy. I was at a book party and was talking to Johnny Temple, the publisher of Akashic Books, and he mentioned that he was looking for an editor to do The Marijuana Chronicles, the third in his ongoing drug series. I immediately said I was interested. Not because I’m a pothead – I’m not – but I thought it would be a great project, obviously topical and that it would be fun to do, all of which turned out to be true. 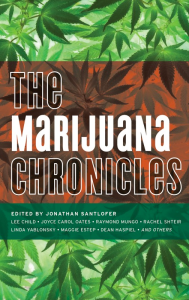 The authors are a very varied group. I had a wish list of probably 30 authors I wanted and of that group these are the ones who were available and I’m happy with them. I should add that the night Johnny Temple and I were talking about the possibility of the book I went outside and Lee Child was standing there and I asked him if he’d write a pot piece and he said yes without hesitation, so I knew I was onto something good.

Q: Were the pieces all written specifically for this collection?

A: Absolutely. They are all original pieces written for this collection. 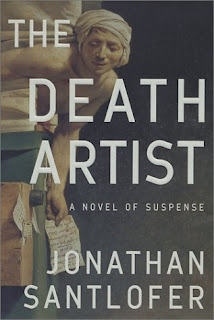 Q: What do you see as the role of marijuana in American culture, and what do you think of the current debate over legalization?

A: I’m not qualified to answer that. All I can say is that marijuana has been around forever (see my introduction) and has played a role in many different cultures. Clearly, it’s still controversial but there appears to be more and more evidence of its medicinal virtues and benefits and it seems as if more states will be legalizing it so that the federal government may have to rethink its position. But I am not a politician, nor can I predict the future.

Q: Does the book have any particular message for the reader?

A: No. I do not see this book as a polemic. There are many divergent ideas put forth by the various writers but it’s just a book that combines fiction, poetry, a short graphic novel and a couple of nonfiction pieces all around the theme of pot. Some of the pieces are funny, others sad, some a bit frightening. 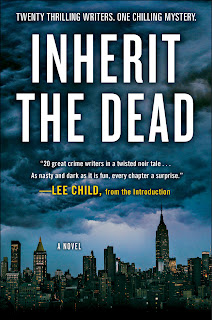 A: I have just finished editing a serial novel for Touchstone/Simon & Schuster called Inherit the Dead with 20 amazing writers each contributing a chapter, people like Charlaine Harris, Lawrence Block, Mary Higgins Clark, Val McDermid, C.J. Box and many more -- and Lee Child wrote a terrific introduction about the virtues of crime fiction writers.

I’ve also just finished a new novel and I’m close to finishing a big historical thriller I started a couple of years ago and put aside. I think it’s the best thing I’ve ever done so I’m excited about it. I’m also co-writing a screenplay based on one of my novels.

A: Yes. I’m having a contest to give away one of the original oil paintings that I made as illustrations for The Marijuana Chronicles, so people should check out my website to enter and try to win.