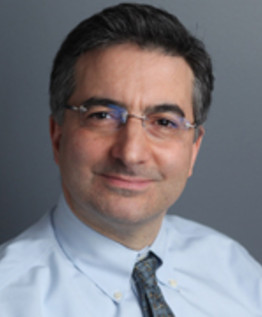 Robert L. Klitzman is the author of the new book Designing Babies: How Technology is Changing the Way We Create Children. A medical doctor, he is a professor of psychiatry at Columbia University. His other books include Am I My Genes? and When Doctors Become Patients, and his work has appeared in a variety of publications, including JAMA and The New York Times.

Q: Why did you decide to focus on reproductive technology in your new book?

A: I wrote a previous book, Am I My Genes?, seven years ago. I interviewed people about why they were getting genetic testing—people who were at risk of different diseases, including Huntington’s disease. If you have the gene, you will die of it. There’s a 50 percent chance that each of your children will have it.

People said, Should I have kids? Should I abort the fetus? If I screen my genes, what will that mean about my own life—I would have been screened out as an embryo.

And also, a friend asked me to be a sperm donor, that I wouldn’t have to be involved in raising the kid. I thought, That’s interesting. There are friends undergoing IVF, gay couples having kids. Ten percent of all people in the world are infertile, and people are using IVF, and there are a lot of questions. 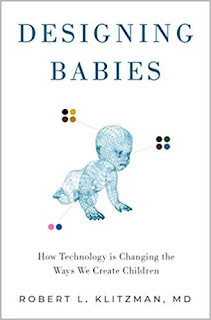 The U.S. is one of three countries where you can buy or sell human eggs. It’s the only country where you can rent a womb. It’s become a multi-billion-dollar industry, and with the technology, you can change the genes of your descendants.

A: I started to interview doctors, patients, people at IVF clinics. I thought I’d focus on screening, but I realized there was a whole range of issues: how much it costs, how much is a child worth, how people struggle with that.

I was struck with the fact that in this country, most egg or sperm donors are anonymous. In many countries, that’s illegal. A man’s sperm can produce 130 kids. In Europe, there are no anonymous donors. In Ireland, you get a birth certificate that says, created by donor sperm.

Only three countries buy or sell human eggs. I was surprised. This is eugenics—the price of eggs go up with SAT scores. You want your son to look like Brad Pitt, they will give you a donor. We’ve turned reproduction into a multi-billion-dollar business, and it is unregulated in the U.S.

And also what struck me is for a woman who want a kid and is infertile, how hard that is. There are lot of emotional issues. 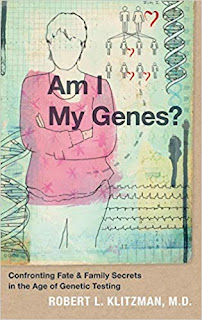 Q: What do you see looking ahead when it comes to the future of reproductive technology and the ethical issues associated with it?

A: I think one big issue is going to be gene editing. We have a technology, CRISPR, that’s like genetic scissors. It’s been done in China. Increasingly, this will be done—put in genes related to socially desirable traits. You can make children taller. There are genes associated with IQ. There may be risks involved. These are one set of concerns I have.

The other is that IVF clinics report data to the CDC [Centers for Disease Control and Prevention] but it’s voluntary. We need more understanding of what’s going on. Seven percent of all births in Denmark use IVF. The prediction is that there will be 10 percent in the U.S. born this way, and with the ability to select genes.

This will enable us to get rid of certain genes, but it will be expensive. Breast cancer will be a disease of poor people, as the wealthy will be able to screen for it. Will there be a need for more insurance coverage? 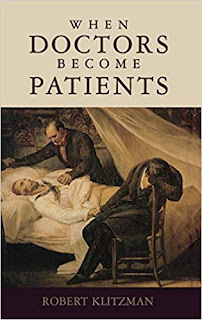 A: The term is sometimes used in the narrow sense, to alter the genes of a child, but I use it metaphorically, for a range of issues. What egg and sperm donor we choose, the embryos we reject—we are now in the business of designing babies. We are affecting, and have altered, reproduction. Making it technological gives us a wide range of choices.

A: I wrote the book with several audiences in mind. One is a general educated audience. Everyone has someone they know, even if they’re not aware of it, who have used artificial reproductive technology. But there’s a taboo about it. It’s a huge multi-billion-dollar business—you can get rid of diseases, but there are ethical issues. For people trying to have a child, it’s important, but for a general audience, there are meaningful stories.