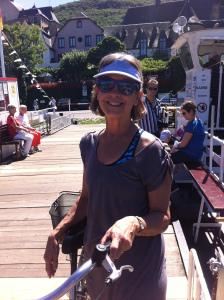 Kathleen Schrenk is the author of The Case of the Left-Hand Trombone, a new novel for kids. She also has written another children's novel, A Dog Steals Home. She has worked as a speech therapist and middle school teacher, and she lives in New Orleans.

Q: How did you come up with the idea for The Case of the Left-Hand Trombone?

A: I live in New Orleans next door to a 95-pound, pot-bellied pig named Wilbur. Knowing that I write stories about children and their pets, my neighbor suggested I write about her pig. I liked the idea, and I began to consider what the storyline would be.

For me, writing a book is a lot like planting a garden. I don’t draw a blueprint for my garden before I plant it, and I don’t outline my stories before I write them. I start with an idea and go where the garden or story takes me.

At that time, my grandson was interested in chapter detective books. What if, I thought, my pig character (Walter) was a detective with a snout for crime? He could be the pet of a young boy (Wyatt) and live with the child and his family in the French Quarter.

The duo would be special agents for the New Orleans Police Department. The crime, I decided, would be the theft of musical instruments. Throw in Wyatt’s aunt who is a detective for the NOPD, Wyatt’s sidekick, Jeanette, a few eccentric French Quarter characters, and the story took off. 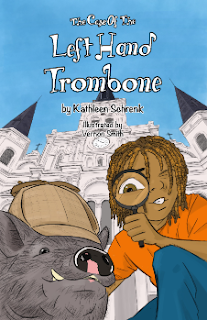 Q: As you’ve noted, the book takes place in New Orleans—how important is setting to you in your writing?

A: Like many Southern writers, setting is extremely important to me because “place” is such a big part of a Southerner’s soul. I am a native New Orleanian whose ancestry in New Orleans dates back to the 1700s. I think it would be impossible to have roots that deep and not have New Orleans influence my writing.

The Case of the Left-Hand Trombone could only be set in the French Quarter. It is an historic tourist area, but the “lower Quarter,” where Wyatt and Walter live, is a living, breathing neighborhood where a child could live with his parents and a pet pig. It has a small footprint, easily traveled by the boy and his pig.

The French Quarter has a quirkiness that works for this book. French Quarter musicians, street entertainers, restaurants, and museums all play into the setting and plot of the story. Many people equate the French Quarter with Bourbon Street, but it is so much more than that!

Q: What do you think Vernon Smith’s illustrations add to the book?

A: I’ll start with Vernon’s cover illustration. I think a book’s cover is an important element in a children’s book. It should catch a child’s attention, hint at the mood of the story, and give an idea of what the story is about.

Vernon nailed it! When he submitted the first illustration of Wyatt to me, I was amazed. It was as if Vernon had crawled inside my head to see the Wyatt I had pictured. His rendition of the pig character is based on a photo of the pig who lives next door to me, and Vernon captured him spot-on.

The bright colors, “musical” font of the title, and the comic magnifying glass let a child know this will be a playful detective story. For anyone familiar with New Orleans, the looming St. Louis Cathedral in the background defines the setting. 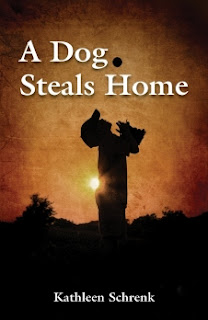 I think Vernon’s black-and-white interior sketches help the reader visualize the action and the setting. His drawings will pique a child’s interest and move the story along. I love how he sketched the chapter titles as musical notes coming from the bell of a trombone.

This was my first time working with an illustrator. I look forward to doing it again.

A: The most important thing I’d like kids to take away from this story is the joy of reading. Much of early elementary reading involves learning to read and measuring the progress of that learning. I think parents and teachers can lose sight of the fact that, yes, children need to learn to read, but it’s also important for them to love to read…just for fun!

A: I have begun to write my next Wyatt and Walter book, this one set on Bayou St. John and in New Orleans City Park. I’ve written the first couple of chapters, I know what the “crime” will be, and I know how it will end. I just need to figure out all that middle stuff.

A: Although the book is a fun romp through the French Quarter, children are also introduced to the culture and history of New Orleans through Walter’s Hoofnotes. Walter leaves his hoofprint behind words in the story that are unique to New Orleans culture or refer to New Orleans landmarks.

Young readers can follow his steps to “hoofnotes” at the end of the chapter to learn more about these places and terms. A map in the beginning of the book helps them follow the two sleuths through the Quarter.

I’d also like people to know that New Orleans can be a great place for a family vacation. We have such a reputation as a party city—not a completely undeserved reputation but a somewhat overblown one—that many visitors overlook what else our city has to offer.

I invite you and your readers to check out the blog I wrote last summer about visiting New Orleans with kids.

--Interview with Deborah Kalb. Here's a previous Q&A with Kathleen Schrenk.
Posted by Deborah Kalb at 7:40 AM