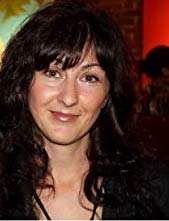 Lara Vapnyar is the author of the new novel Divide Me By Zero. Her other books include There Are Jews In My House and The Scent of Pine, and her work has appeared in a variety of publications, including The New Yorker and The New York Times. She immigrated to the United States from Russia in 1994.

Q: In an interview with The Rumpus, you said, "This novel is my most intimate and biographical. I would say it’s a dark comedy that is part classic Russian novel, part Soviet math textbook, and part American self-help manual." Can you say more about the creation of Divide Me By Zero?

A: My initial approach was to write about the last year of my marriage which also came to be the last year in my mother’s life. I marveled at how people live their day-to-day lives for years, and nothing much happens. But then there are periods of high drama, when so much happens at once. I wanted to call the novel 11 Months, which would include the story of my love for B., my affair with Vadim, the dissolution of my marriage, and the death of my mother. 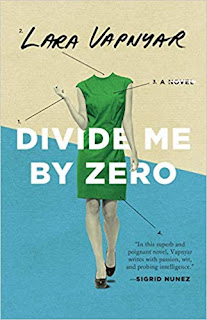 Now, full disclosure. I don’t believe in ghosts! I do realize how crazy this sounds. But I do believe that when we lose the loved ones, we continue to carry their spirit within us in some form. I felt that my mother was angry with me for making her just a minor character in the story, and a weak, dying character at that. Gradually, she became the most important character in my novel.

A: The title was suggested by my brilliant editor Masie Cochran. She wanted it to be dramatic and sophisticated, and it reflects the character’s view of math as something magical and scary.

Q: Can you say more about the role of math in the novel?

A: From the novel: “This is what I’ve been doing obsessively even since my mother died. Looking for ways to use my mother’s notes to sort out the mess I made out of my life. Looking for nonexistent connections between complex mathematical concepts and the events of my life. Delving so deep into advanced mathematics that I often lost my way. Really stretching it when I thought that one or another theory almost fit.”

A: I'm working on two screenplays. One is a dark drama series that's being developed by Pretty Matches, HBO Studio, and another is a very light comedy. Very strange experience!

--Interview with Deborah Kalb. Here's a previous Q&A with Lara Vapnyar.
Posted by Deborah Kalb at 8:59 AM