Lori Roy is the author of the new novel Gone Too Long. Her other novels include The Disappearing and Bent Road. She lives in West Central Florida.

Q: How did you come up with the idea for Gone Too Long?

A: In the early stages of writing Gone Too Long, I was spending a good deal of time in Georgia as my daughter was attending college there and playing volleyball for her university.

During my trips to the state, I began researching its history. In doing so, I learned about Stone Mountain, which is just outside Atlanta.

This location has a long history with the Ku Klux Klan, a history which began in the early 1900s when about a dozen men marched up the mountain, lit a cross and reignited the KKK after its original iteration faded.

The KKK has continued to associate itself with this landmark in more recent years. They have held rallies there and attempted to hold a rally at this location as recently as a few years ago.

I began to wonder about the descendants of the men who first climbed this mountain to reignite the Klan all those years ago, an action that led to millions joining by the 1920s. I wondered if those descendants knew of their history, what they thought of it, and what had become of them.

From these early imaginings, I developed the Coulter family and the story of Gone Too Long.

Q: The Kirkus Review of the novel says that it's "weighted with real-world resonance." How do you see the book's themes fitting with the news about hate groups in recent years? 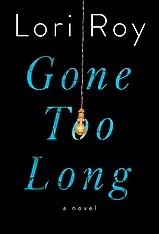 A: When I first began working on Gone Too Long and writing about the Coulter family and their long-standing ties to the Ku Klux Klan, I was inspired to write a fast-paced thriller set against the backdrop of a fictional small town near Stone Mountain.

While I was in the process of writing the novel, the Unite the Right rally in Charlottesville occurred, and a young woman was killed by a self-proclaimed white supremacist.

I had spent many months studying the history of the Klan and white supremacy by that time and had discovered that throughout our country’s history, there has been an ebb and a flow to white supremacy. One set of circumstances has combined to draw it out of the shadows and another set has caused it to recede.

This rising and falling has occurred several times over the years, and as I watched and listened to the president of the United States address what had happened at Charlottesville, I realized it was rising once again.

The president’s choice to suggest there were fine people among the self-proclaimed white supremacists who organized the rally and to further cast partial blame for the tragedy on the counter-protestors who marched in opposition to such hate – each action by the president an apparent attempt to validate and normalize white supremacy and signal his tolerance for such beliefs—was an integral part of yet another historic emboldening of white supremacy in our country. 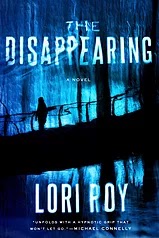 A: Titles are always difficult to come up with, and Gone Too Long was no different. As has been the case with most of my books, the title was pulled from a phrase that appears several times in the novel.

Gone Too Long is significant for two primary reasons. The title is a nod toward the mystery surrounding a character who has disappeared. She has been “gone too long” is the response given by one of my characters when asked about the disappearance.

However, the more important reference is a warning against society being gone too long from remembering its past sins. In the case of this novel, the sin I examine is that of white supremacy.

The major theme of the book is that we are no better than those who came before us and will most certainly repeat the mistakes of the past if we let ourselves be gone too long from remembering. 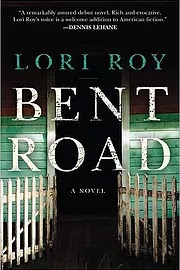 A: I hope readers are clenching their fists as they read this thriller. I hope the suspense is engaging and compels them to keep turning pages late into the night.

But my greatest hope is that these characters, the struggles they face, the choices they make and the consequences they suffer will punctuate the great danger of being gone too long from remembering our past and believing we are above making those same mistakes today.

A: I’m working on another thriller. I don’t yet have a polished pitch to share but in short, it’s the story of a woman who--believing the most dangerous psychopaths are not those we read about in the headlines but are instead those who live and work among us--aspires to compile a book in which she shares email correspondence she has had with four such psychopaths.

Herself the daughter of a psychopathic father who was beloved by his community but feared by his family, she hopes her question-and-answer format with her four subjects will help those struggling in destructive relationships with people having psychopathic personalities.

But her project takes a turn when she realizes one of her subjects—Subject #1—will soon be a household name because of his horrific crimes, and that she has become his next target.

A: I think we have covered everything. Thanks so much for the opportunity to chat about Gone Too Long and my next project.