Sally Hepworth is the author of the new novel The Mother-in-Law, which focuses on the relationship between a woman and her mother-in-law. Hepworth's other novels include The Family Next Door and The Secrets of Midwives. She is a human resources professional and she lives in Melbourne, Australia.

Q: How did you come up with the idea for The Mother-in-Law, and for your characters Lucy and Diana?

A: The idea came to me while hosting my in-laws, who stayed with us for six weeks following the birth of my third child. 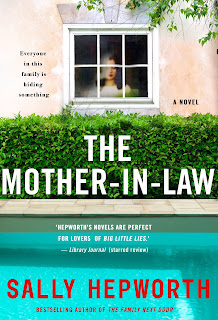 Finally I told him, in jest: “I’m going to write about a woman who murders her father-in-law.” We laughed about it, but the more I thought about it, I decided it wasn’t a bad idea.

Still, I thought it would be an even better idea if I substituted Mother-in-Law for Father-in-Law. My father-in-law was bummed, because he was looking forward to his 15 minutes of fame, but he was happy with how it turned out in the end.

Q: What do you think the story says about the relationships between mothers-in-law and their daughters-in-law?

A: The Mother-in-Law / Daughter-in-Law relationship is notoriously fraught, and this book was my attempt to explore why. 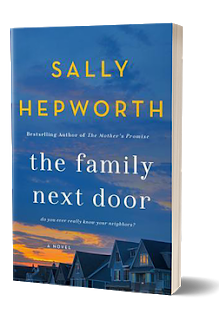 Everyone has their theories about why this relationship is tense – and in nearly all cases, the blame is laid squarely on the shoulders of the mother-in-law.

But the cliché of the evil mother-in-law has been done to death, and I wanted to look at it in a different way, a way where no one is to blame. In this book, I wanted to explore the idea that perhaps this relationship is difficult because of how much both women care.

Q: You said in our previous interview that you rarely know how your books will end when you start writing them. Was that the case this time around as well?

A: I had an idea of how I thought it might end, and this time, that idea turned out to be correct. But as I’ve said before, I never really know what is going to happen until I write the story. The characters have minds of their own. 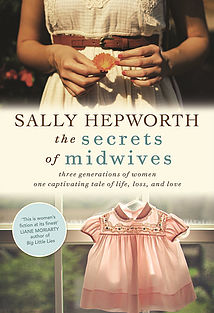 Q: You dedicated the book to your mother-in-law and father-in-law. Can you say more about what they think about the subject matter?

A: They love it. I am lucky to have a great relationship with my mother-in-law and father-in-law, and they are very supportive of me and my writing. They were also thrilled by the dedication.

A: Just that The Mother-in-Law is on sale April 23, and I can’t wait to hear what you think!

--Interview with Deborah Kalb. Here's a previous Q&A with Sally Hepworth.
Posted by Deborah Kalb at 8:33 AM