Lydia Fitzpatrick is the author of the new novel Lights All Night Long, which focuses on a Russian exchange student in Louisiana. Fitzpatrick's work has appeared in a variety of publications, including The O. Henry Prize Stories and The Best American Mystery Stories. She lives in Los Angeles.

Q: You note that your protagonist Ilya was originally supposed to be a minor character in the novel. Why did you end up making him the focus of the book?

A: Sadie was the protagonist of the novel’s first few incarnations (there have been many!), and Ilya was a minor character meant to capture her attention briefly.

I’m generally resistant to the mystification of the writing process (maybe the muse was more apt to sing pre-Internet?), but the moment Ilya appeared on the page did feel charged.

I normally write exposition long and scenes short, but the scene when he and Sadie met went on and on, it became unwieldy and awkward, because, I realized, I didn’t want Ilya to leave the story. I wanted to know what had brought him from Russia to Louisiana, who he’d left behind, and in exploring his past, I found the novel’s final incarnation. 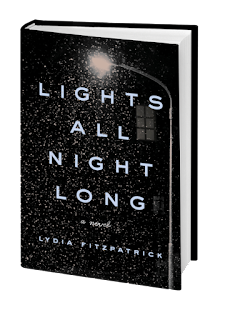 Q: You already had some familiarity with Russia, but did you need to do much research to write the book?

A: I read extensively about Russia in the ‘90s and 2000s. Svetlana Alexievich’s oral histories and Arkady Babchanko’s One Soldier’s War were invaluable in giving a sense of the varied Russian experience of these years. I also use photos as a way to sink into my fictional worlds—and Donald Weber’s photos, especially the ones shot in Vorkuta, were my favorite portals.

I’ve visited Russia twice—in the mid ‘90s with my family, and in 2008 on a research trip—but the street view function on Google Maps was also an amazingly useful way to “visit” when I couldn’t actually afford to get myself to Russia.

There’s one town, especially, that served as an inspiration for Berlozhniki and that I virtually roamed for hours and hours. I know its statues and street signs, the coupons plastered in the grocery store windows, the sweeping steps of the Miner’s Palace of Culture, and that one road—my favorite—that passes an ancient izba and ends in a field.

A: On the surface, the refinery lights are a symbol of hope—Ilya’s hope and the vast and varied hopes of Russians in the wake of the Soviet Union’s collapse. The lights are a bit of a mirage, though, and there’s heartbreak in that. The wealth, the glitz they signify is in Ilya’s backyard, but it couldn’t be further from his pocket.

A: No, which is probably the origin of my bitterness towards the muse. I wrote several endings that did not work, and then I spent a good six months puzzling out the plot without actually writing a single word.

Not surprisingly, the origins of the issue with the ending were pretty far upstream, so once I did figure out how I wanted the novel to end, it took a lot of reworking in order to have that ending feel earned.

A: I actually just finished up a short story today; and writing it has been a sort of haven in the lead up to the novel’s publication. I’m also in the early stages of a second novel, but talking about novels in their incipient form is a bit like telling people what you want to name an unborn child—a bad idea. I will say, though, that the second novel is completely unrelated to Lights.