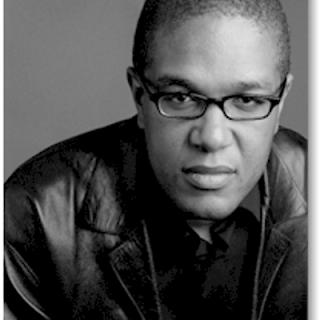 C.J. Farley is the author of the new novel Around Harvard Square. His other books include Game World and Kingston by Starlight. He has worked for The Wall Street Journal and Time magazine, and was an editor of The Harvard Lampoon as a college student. He is an executive editor at Audible.

Q: You write that you tried out for The Harvard Lampoon as a freshman, first unsuccessfully and then successfully. How did that experience contribute to your creation of Around Harvard Square?

A: One of the greatest learning experiences of my freshman year was getting cut from the Harvard Lampoon. We’re often taught as artists to trust our own feelings, so having my work judged by the feelings of others forced me to consider new ways of doing things.

When Michael Jordan was inducted into the Basketball Hall of Fame, he invited the guy who made the varsity over him when he was a sophomore in high school just to prove the point that the coach was wrong. Getting cut can be a powerfully motivating experience. That said, Jordan needs to let it go already. 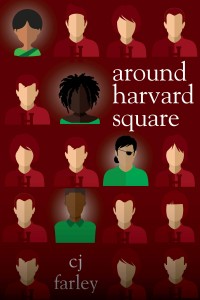 Q: The Kirkus Review of the novel says of your characters, "Through the whirlwind of their journey, they begin to question the purpose of jokes and the consequences of laughter—when it’s not just about the joke, but also about who’s making it and why (a significant, timely exploration as comedy culture today struggles to demarcate ethical boundaries)." What do you think of that description?

A: I used to be the music critic for Time magazine and I once gave a Prince album a bad review. Instead of holding it against me, Prince invited me to his home, Paisley Park outside of Minneapolis, to talk. I couldn’t go--I sent a reporter instead--but later on I met him in New York for an interview when he released an album I liked. I always respected the fact that he was secure enough in his artistic abilities to not hold a grudge about a review.

The Kirkus review of my book was extremely positive, but I try to not let any reviews influence what I do. I’m just glad they’re writing something about my work! But if a novelist I really like gives me a rave, like Ishmael Reed or Kazuo Ishiguro, I’ll probably tattoo it on the inside of my lip in glowing letters like the Wakandans in Black Panther. 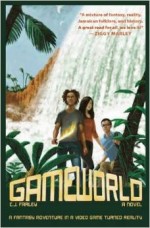 A: The end of a book should feel inevitable to the author and surprising to the readers. I had a firm idea of where my book was going to end up when I started it, though it took many rewrites to get it exactly right. It’s a bit like carving a statue--you’re just chipping away marble to get to what’s in your head. I also know exactly how Game of Thrones is going to end, but I don’t want to spoil it for everyone.

Q: The novel takes place in the '90s in Cambridge, Massachusetts. How important is setting to you in your work?

A: I set the book in the 1990s because it was a great period for music. It didn’t start out that way--in 1990, pretty much the general consensus was that the next 10 years were going to suck. But then alternative rock began breaking big and gangsta rap started making moves. It was also a time when the internet was starting to impact our lives, but it hadn’t taken over yet. 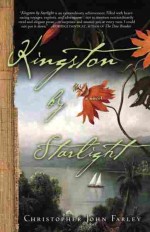 I loved the energy of the time period because so much seemed to be happening for the first time, just like the freshman heroes in my book. Plus, setting the novel in the 1990s gave me a chance to name chapters after songs by some of my favorite musical acts: Lauryn Hill, Nas, Radiohead, Nirvana, and the Smashing Pumpkins.

A: I’m working on a sequel to my fantasy adventure Game World and a novel for adults. There’s a cage match to the death between the books taking place in my head and we’ll see which book makes it out of the Octagon.

A: I have no data to support this, but I’m pretty certain that anyone who reads my book is likely to double their chances of getting into an Ivy League school. So if you’re interested in attending a top college, or have a family member who is, you should definitely buy my book, and maybe even multiple copies.