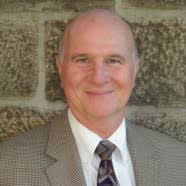 Granville Wyche Burgess is the author of the new novel The Last At-Bat of Shoeless Joe. His other novels include the Rebecca Zook series, and his plays include the musical Conrack. He is CEO of Quill Entertainment Company, and he lives in Connecticut.

Q: You note that your new novel originated as a screenplay. Why did you decide to write about Shoeless Joe, and why first as a screenplay and then as a novel?

A: When I played baseball as a youth in 1950s Greenville, S.C., as an all-field-no-hit second baseman, nobody ever mentioned that Joe Jackson, whom many considered the “greatest natural hitter of all time,” lived in my home town! Such was animus towards Shoeless Joe because of the Black Sox scandal. I think Joe himself wanted to keep a low profile. I didn’t discover Joe lived and died in my hometown until the movie Eight Men Out premiered in 1988.

Reading about the scandal, I became convinced of Joe’s innocence and wanted to put the truth, as I saw it, out into the world. I have always been drawn to stories about injustice and I think the fact the Shoeless Joe Jackson is banned from being inducted into the Hall of Fame is surely one of them.

I wrote it first as a screenplay because I think the visuals in the novel are so arresting and beautiful. Film really lets you be present in the story in ways that a novel simply cannot. There are the baseball games, of course, which are always exciting, but film allows for much more humor to be communicated.

I can write, say, about a baseball bopping a player on the noggin, but to see it happen is much funnier. Or about how cows would wander onto the field in the days when Shoeless played ball in the Textile Baseball League and an outfielder would slip on a cow paddy when trying to catch a fly ball.

Also, a la Norma Rae, the scenes inside the textile mill with the noise and the pounding machinery really would come alive on film. And scenes in the mountains around Greenville would be incredibly beautiful. It’s a great story with great characters so it works well as a novel, but a film would add other dimensions of excitement, humor, drama, and beauty. But maybe The Last At-Bat of Shoeless Joe can have a last at-bat as a film some day! 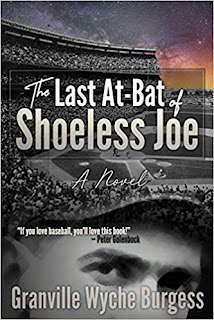 A: I didn’t read all the books about Shoeless Joe, but I did read several. W. P. Kinsella’s Shoeless Joe, of course, the book Field of Dreams is based on. Donald Gropman’s Say It Ain’t So, Joe!; Harvey Frommer’s Shoeless Joe and Ragtime Baseball; Charles Fountain’s The Betrayal.

The one that helped the most about the scandal is Gene Carney’s Burying the Blacksox, which offers great details about how Charles Comiskey, the owner of the White Sox, tried to cover up the scandal while claiming he knew nothing about it. I also read the transcripts of the two trials.

Thomas Perry’s Textile League Baseball was invaluable in giving me the flavor of how baseball was played in the South around the turn of the 19th century. As for life in a textile mill village, you can’t beat Linthead: Growing Up in a Carolina Cotton Mill Village, a memoir by Wilt Browning.

I also did personal research. I drove around the mill villages that still exist in Greenville, got out, walked around some of the yards, looked up at the huge textile mill on the hill above. I visited a working textile mill. The noise was incredible, and I was wearing protective ear gear.

When I write about Jimmy’s life in the novel, I know I can’t really comprehend what it must have been like to work in that atmosphere day in and day out, year after year. And I wasn’t even experiencing the lint that practically smothered the rooms in earlier time. As for the scenes at Caesar’s Head and Sliding Rock, I have been to those wonderful places many times in my life. 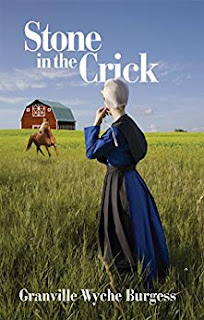 There were many surprises for me in researching this story but I suppose the most surprising thing I learned is that there were not one but two trials involving Shoeless Joe and the alleged throwing of the World Series games—and that both juries found Joe and the other defendants NOT GUILTY!

The way the story was passed down had always made me assume that they were guilty as charged. This discovery, of course, only strengthened my belief that Shoeless Joe Jackson suffered a grave injustice.

A: One of the great pleasures I derived from writing this novel was the opportunity to put so much of Joe’s actual history with the Black Sox scandal into the story. Starting with Joe as a man embittered by what baseball did to him, I was able to show how his painful memories run parallel with his growing love for the fictional Jimmy Roberts, who represents what Joe might have felt and thought when he was growing up playing baseball in a textile mill league.

In this way, I was able to blend the past into the present in ways that didn’t just tell the history but advanced the plot.

A: I have many hopes for what my readers experience and take away from my story. I hope they take away a feeling for life in a textile mill in 1950s South Carolina, including the life lived by the black people of that time. I hope they enjoy learning about the early days of baseball. I hope they laugh at times and I really hope they are perhaps moved by Joe and Jimmy’s story to the point of tears. 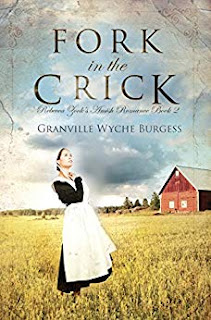 This is a story about forgiveness and love, leavened with hope, and if the reader can pause to reflect on those themes in her or his own life, all the better. I hope they take away a sense of the injustice suffered by Shoeless Joe Jackson and a desire to see justice served in the future. And mainly I hope when they finish that last page they feel uplifted by a tale well told.

A: I have written the book and lyrics to a musical, Common Ground, about the relationship between Frederick Douglass and Abraham Lincoln. I hope this can become a Broadway musical in the tradition of Hamilton, so we are searching for producers and/or theatres where we can develop the show.

I have finished several drafts of a play based on the book My Love Affair with the State of Maine about two New York women in 1947 who give up successful careers to open a grocery store in a Maine resort, and I hope we might premiere the play, currently entitled “Wild Gamble,” in the summer of 2020, the 200th anniversary of Maine’s statehood admission to the United States.

My next novel will be Home on the Crick, the third installment of the Rebecca Zook trilogy of Amish novels published by Chickadee Prince Books. In between, I’m working on my golf game!

A: You should know that I was not a very good baseball player when I was in Little League during my grammar school years, but that didn’t stop me from writing a book about baseball! And I am lucky to be married to a woman who was raised Mennonite on an Amish farm in Lancaster County, Pennsylvania, but now works on Wall Street. I keep threatening Reba that I am going to write her biography and call it “Mennonite on Wall Street.”

I also have two children, Loring—who works at the Peabody Museum at Harvard—and Clara—who works at Give An Hour in Virginia, a nonprofit in the mental health field, and I have two step-children, Emily, who works on an organic farm in California, and Morgan, who works at Blackrock, a financial firm in NYC.