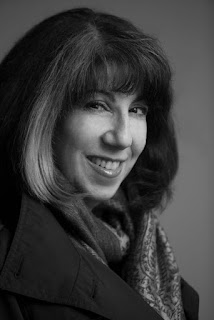 Renée Rosen is the author of the new novel Park Avenue Summer, which focuses on Cosmopolitan magazine editor Helen Gurley Brown. Rosen's other novels include Windy City Blues and White Collar Girl. She lives in Chicago.

Q: Why did you decide to focus on Helen Gurley Brown in your new novel, and how did you come up with the idea for her (fictional) assistant, Alice?

A: I knew I wanted to set a book in New York City in the 1960s and I wanted it to be centered around a glamorous industry. Mad Men already had the corner on advertising, so I went with magazines. Initially I was thinking of a fictional magazine and a full cast of fictional characters. It wasn’t until I had a conversation with my editor that we realized we had to tell Helen Gurley Brown’s story.

That led to the next dilemma--whose point-of-view should the story be told from. There were so many non-fiction books already out there about HGB, even some that Brown wrote herself. I didn’t want to just fictionalize what had already been done and so beautifully before, so, enter Alice Weiss. I wanted to show HGB’s influence on a typical “Cosmo girl.” Using Alice as a vehicle also enabled me to expand the narrative in some unexpected ways. 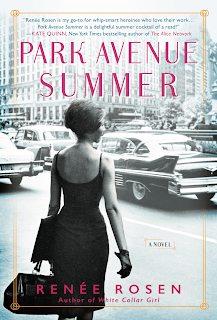 Q: What did you see as the right blend between the fictional and the historical as you wrote this novel?

I try to really respect history and stick as closely to the facts as I can while still telling an entertaining story. When I do stray, I’ll point it out in the author’s note because I feel I owe the reader an explanation of where and why I took creative license.

I think the real challenge for me is to organically weave in the fictional story with the facts. One of the greatest compliments I get is when a reader tells me they were googling the fictional characters, thinking they were real people.

Q: Would you describe Helen Gurley Brown as a feminist, and what do you see as her legacy today? 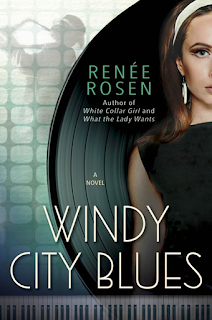 A: She was absolutely a feminist, but she has been referred to as a “lipstick feminist.” Sexual liberation was paramount to her message which angered other feminists, especially Betty Friedan. But when it comes to the Second Wave of Feminism, Helen Gurley Brown was one of the leading voices in the movement.

In terms of her legacy, HGB left us with a lot to think about, mainly our independence, taking our rightful place in the workforce and our absolute right to recognize and express our sexuality.

Q: What was it like to set a novel in New York City rather than in Chicago?

A: While I think Chicago is a fascinating city and a wonderful backdrop for historical fiction, after writing four previous “Chicago novels”, it was time for me to find a new setting. I’ve always loved New York and lived there briefly so I had a general feel for Manhattan but writing Park Avenue Summer was the perfect excuse to spend more time there. 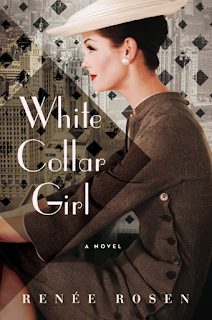 And of course, in the name of research, I just had to visit places like The Russian Tea Room, The St. Regis, The Plaza, etc. Can I just say that I love my job!

A: Right now I’m working on my next novel, The Social Graces, coming out in January 2021. It tells the story of Mrs. Astor and Alva Vanderbilt vying for control of New York society during the Gilded Age. It’s a fascinating time period to explore and really rich material (no pun intended). I recently finished a first draft, so now the real work begins!

A: When I was an aspiring writer, hoping that someday I’d get my work published, I had no idea just how completely unnerving it is to bring out a novel. No one talked to me about the pre-pub panic that goes with the territory. The truth of the matter is that once the book is written, the rest if out of our control.

So now as I let surrender to the process and set Park Avenue Summer loose in the universe, I only hope that people will enjoy reading this book as much as I enjoyed writing it.

--Interview with Deborah Kalb. Here's a previous Q&A with Renée Rosen.
Posted by Deborah Kalb at 9:13 AM