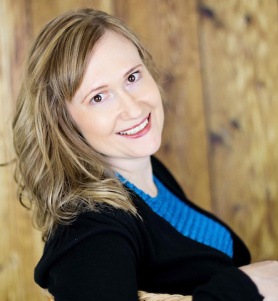 Shelley Tougas is the author of Laura Ingalls Is Ruining My Life, a new novel for kids. Her other books include Little Rock Girl 1957 and The Graham Cracker Plot. She lives in Hudson, Wisconsin.

Q: How did you come up with the idea for Laura Ingalls Is Ruining My Life, and for your main character, Charlotte?

A: I lived in Mankato, Minnesota, for 20 years, so Laura country was in my backyard. I'd been to Walnut Grove (the setting for On the Banks of Plum Creek), and the kernel of an idea formed.

It's a small town - about 800 people - and it's very Laura-centric. There's not just a single museum. It's a complex. There's a reconstructed sod house, an old school house, an old church and more. Plus there's the dugout site near the town. And every summer, the community puts on a pageant with a musical production about the town's history and the Ingalls family.

I wondered, what's it like to grow up in a town like that? A small town with such an interesting identity? When I got my second contract with Roaring Brook, I knew I wanted to use that kernel for my novel.

I didn't want to write historical fiction, though. I wanted to write a contemporary novel that had parallels to Laura's story and include lots of Easter eggs for Laura fans. 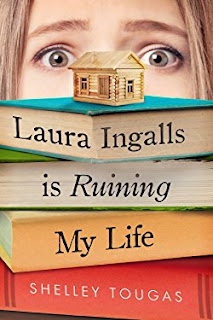 Charlotte is named after Laura's cherished doll. It took a long time to develop Charlotte. She's an unreliable narrator, and I wanted readers to understand why she perceives the world and people with such anxiety and suspicion.

Q: What kind of research did you need to do to write the novel, and did you learn anything that surprised you?

A: I did much more research than I needed for a contemporary novel that isn't actually about Laura. I read seven or eight books about Laura plus her memoir Pioneer Girl. I re-read the series of novels.

I traveled to her home sites in Mansfield, Missouri and Burr Oak, Iowa. (I'd already been to Wisconsin, South Dakota and, of course, Walnut Grove.) I also read about westward expansion, Manifest Destiny, and the homestead laws.

At one point, I'd reached out to one of the pageant organizers in Walnut Grove to observe auditions for the show and meet with some of the kids. I wanted to spend a lot more time in town since I'd only been there three or four times. 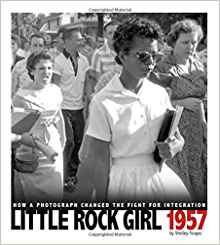 Then I changed my mind. I was writing fiction, and I was afraid I'd get creatively stifled by reality. (How could I create a mean school principal if I met the real principal and thought he - or she - was fabulous?)

My memories, with some help from Internet research, were sufficient. I'd toured the museums and seen the pageant. I actually hit a deer while driving home from the pageant and nearly totaled my car. Trust me, it was memorable.

Q: Were you a Laura Ingalls Wilder fan growing up, and what’s your favorite of her books?

A: I adored Laura when I was a kid. I read her books countless times and watched the television show. My parents made a special detour on a family vacation so I could visit her home site in De Smet, South Dakota.

I loved The Long Winter best because it was such an intense survival story, and we're introduced to Almanzo, who saves an entire town from starvation.

When I read the books to my own daughter, I saw Laura's story for the first time through the lens of an adult. As a kid, I saw Pa as a great adventurer. As a mom, I saw a reckless and somewhat selfish man, moving his family from a relatively easy life in Wisconsin, where they had an attic full of food and livestock and a working farm, not to mention friends and family, to this unknown region where they coped with isolation and hunger and danger. 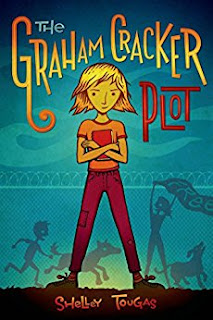 I read more about Laura's real life and how romanticized the books were. To be fair, they're novels. And the audience is children, so the material was softened for the age group.

If you read her memoir Pioneer Girl or other Laura biographies, you'll see the ugly underbelly of the prairie. Domestic violence, alcoholism, disease, crime, death. Laura herself was almost molested as a young girl when her family hired her out to work as a caretaker. It was a harsh world.

A: I grew up with a romanticized vision of westward expansion - handsome cowboys and wholesome, hardworking pioneer families in cute little cabins with calico curtains.

In terms of character, I hope readers empathize with Charlotte and come away with one message -- show compassion and friendship to every new kid in school.

A: I'm working on a middle-grade novel and a picture book. I'm also brainstorming a young adult novel.

A: There's another aspect to Laura's story that I'd still like to explore - her daughter Rose, who some might argue is even more fascinating than her mother.

At a time when women were supposed to be housewives, Rose took the world by storm. First, she was a successful realtor. Then she turned to writing and became one of the highest-paid writers in the country. She traveled the world and hobnobbed with interesting people.

Her lasting claim to fame, of course, is being her mother's personal editor for the Little House series. But she also gravitated toward politics. She despised the New Deal and, along with Ayn Rand, is considered one of the "mothers" of the Libertarian political movement. There's a lot of material in the life of Rose Wilder Lane.