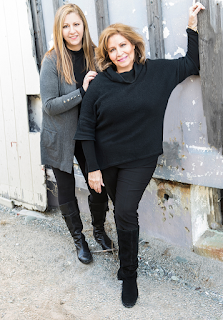 Liv Constantine is the pen name of Lynne Constantine and Valerie Constantine, who are sisters and the authors of the new novel The Last Mrs. Parrish. They also have written another novel, Circle Dance, together, and Lynne has written the novel The Veritas Deception.

Q: How did you come up with the idea for The Last Mrs. Parrish?

A: We were talking about the phenomenon of the “trophy wife,” the women who intentionally go after men with money regardless of the hurt and chaos they leave in their wake. We wondered what would happen if the story didn’t turn out quite how the women intended. From that discussion, the seeds for The Last Mrs. Parrish were sown. 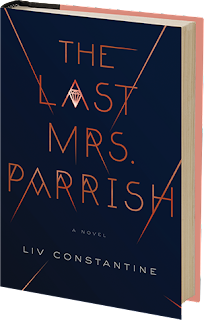 Q: What was it like to write a book with your sister?

A: It was great fun. We have a very similar sense of humor, so our time together is infused with lots of laughs. We wrote Circle Dance, years ago, a women’s fiction book about two Greek sisters.

Q: Did you plot out the story before writing it, or did you make many changes along the way?

A: We typically know the beginning and the end of a story and let the story unfold as the characters develop. There are many changes that occur in the first draft, and often new characters appear that we didn’t originally include.

It’s a very organic process and we give each other the freedom to deviate from the storyline, knowing we can fix any conflicts between scenes in revision.

A: Another psychological thriller that opens with a woman trying to find out who murdered her mother.

A: We’re excited that The Last Mrs. Parrish has been sold in 19 territories and was selected by People magazine as a “People’s Picks” of best new books.